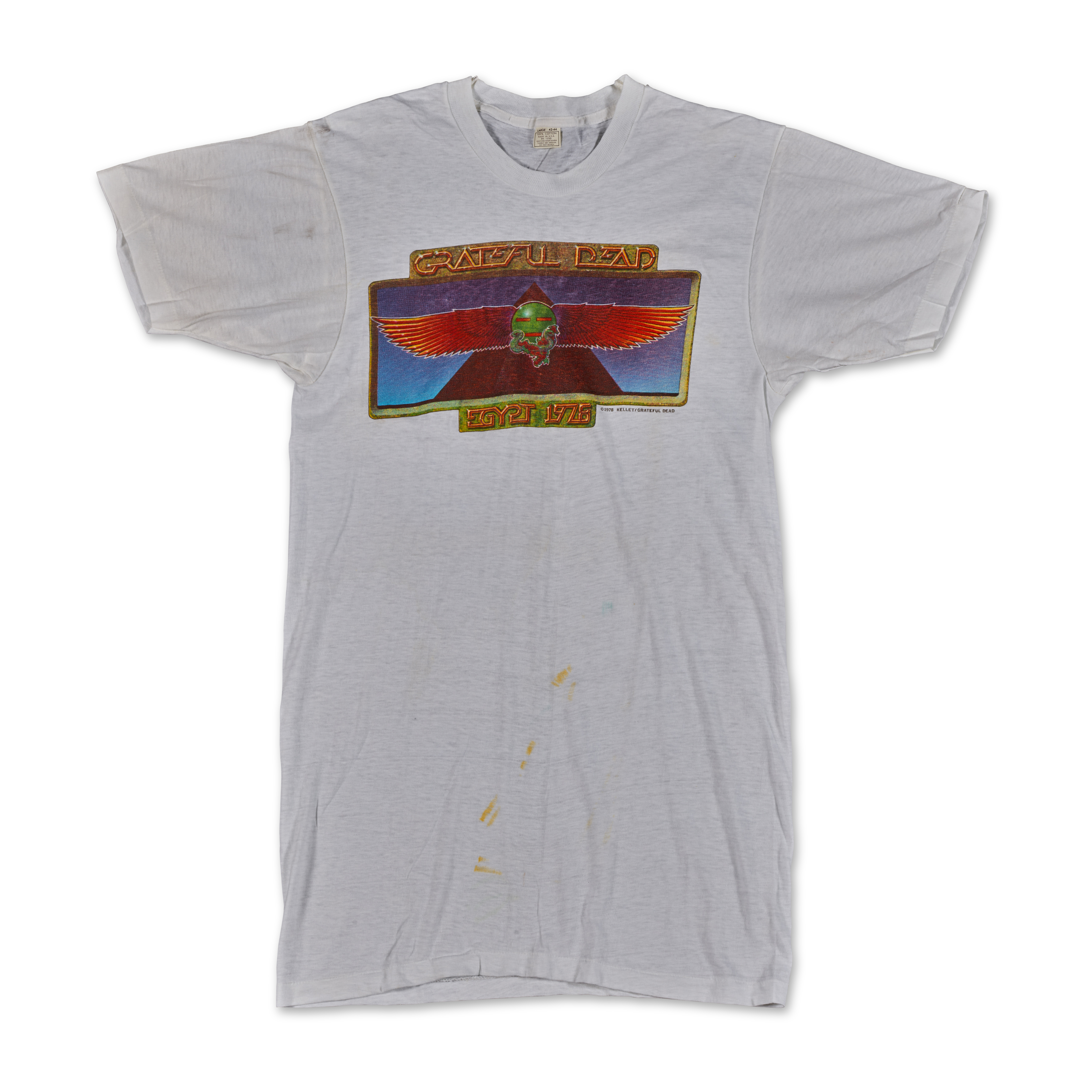 In 1978, the Dead flew to Egypt to perform a series of concerts at the pyramids of Giza. Of the idea for the performances, Phil Lesh said, “It sort of became my project, because I was one of the first people in the band who was on the trip of playing at places of power. You know, power that's been preserved from the ancient world. The pyramids are like the obvious number-one choice, because no matter what anyone thinks they might be, there is definitely some kind of mojo about the pyramids. And when you get there you find out that there is power. The same kind of power you get from the audience, only there's more of it, because it's older and because of what was built into it.” In planning the shows, the band met Joe Malone, who had been the president of the American University of Beirut; they organized the trip with him and made plans to donate all proceeds of the show to the Department of Antiquities. The band’s open-air stage, named “The Gizah Sound and Light Theater”, was set up on the east side of the Great Sphinx, and the Dead played three consecutive night. The second and third nights were recorded for the live album Rocking the Cradle: Egypt 1978, the cover art of which was designed by Alton Kelley and is printed on this shirt.