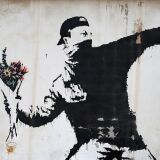 Born 1973.
Interested in selling a work by Banksy?
Start Selling

Works by Banksy at Sotheby's 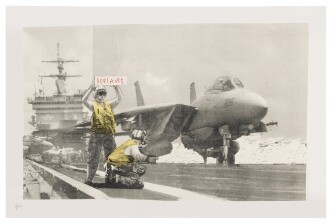 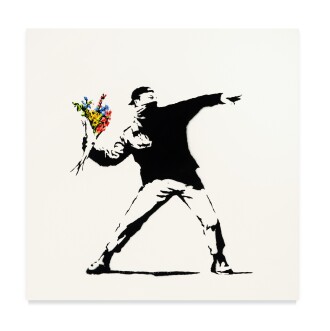 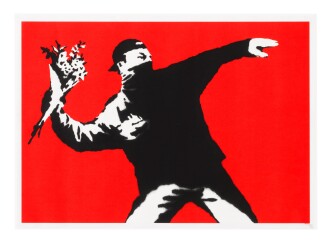 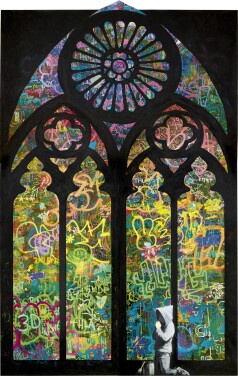 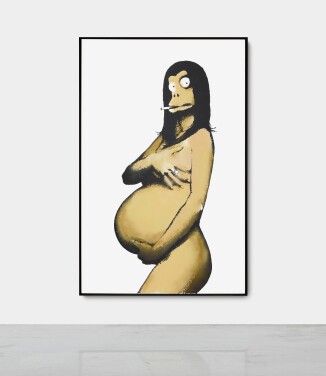 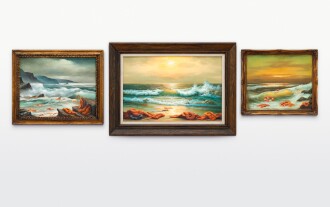 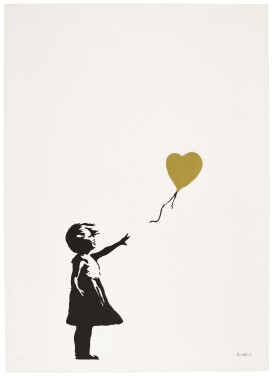 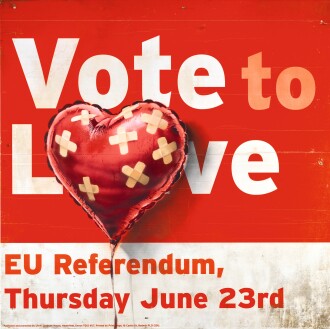 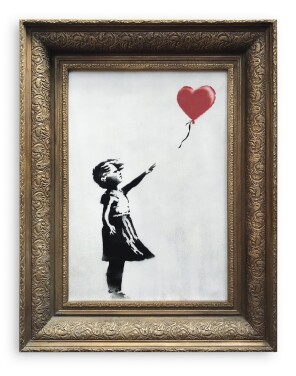 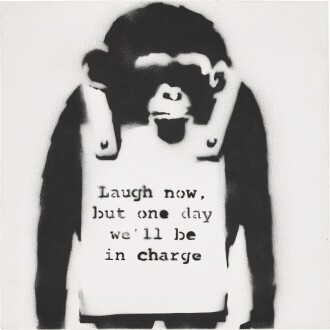 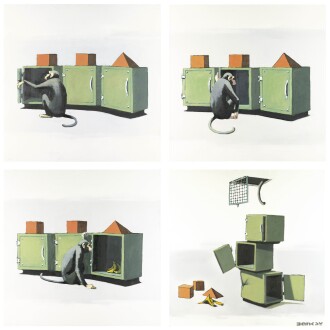 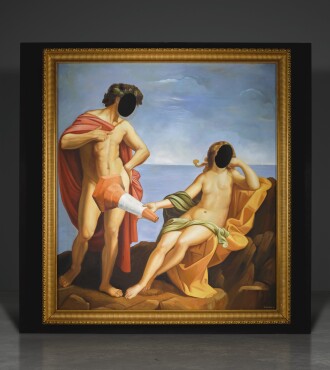 The anonymous graffiti artist known as Banksy is perhaps the most controversial street artist of today. He is famous for his stenciled graffiti works, which appear in public spaces around the world. His use of stenciling developed from a need to complete a work quickly, namely to avoid being caught vandalizing by police. Banksy often uses multi-layered stencils to employ multiple colors, and he frequently incorporates permanent environmental fixtures, such as street signs and architectural elements, into his work. Marked by dark humor, satire, and political commentary, much of his street art has become viral on the Internet. His most notable early work was the result of a trip to Palestine and the West Bank, where he stenciled nine images on the Bethlehem Wall.

Despite his stealth presence, Banksy has become a mainstream phenomenon. In 2010 Banksy directed Exit Through the Gift Shop, a chronicle of the underground world of street art, which was nominated for Best Documentary at the Oscars. In 2015, he opened Dismaland Bemusement Park, a temporary exhibition of an inverted, dystopian Disneyland. Although Banksy has continuously emphasized an aversion to the art world through his output, he also produces traditional works on canvas and prints as well as branded merchandise such as t-shirts. His cultural significance, widespread popularity, and, certainly, the mystery of his identity have all contributed to the desirability of his art. According to Sotheby’s Mei Moses, the average compound annual return for Banksy is 8.5%, with 76.5% of works increasing in value.