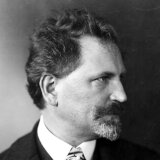 Works by Alfonse Mucha at Sotheby's 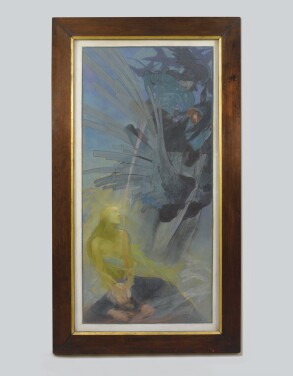 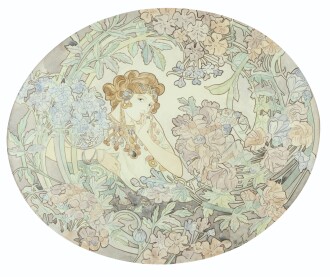 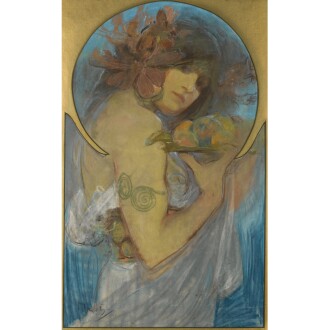 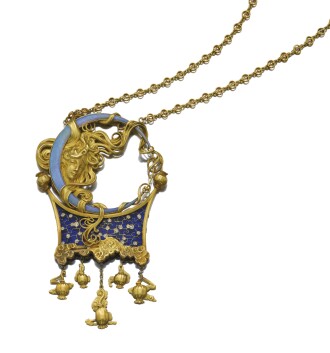 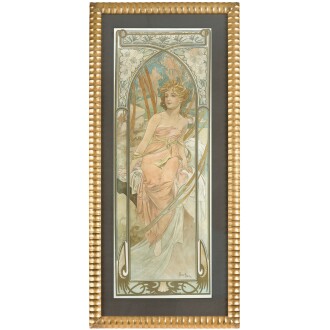 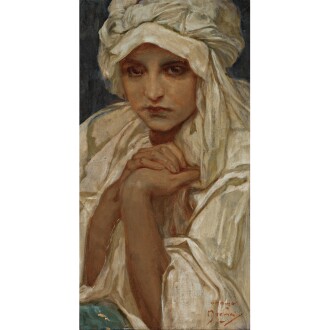 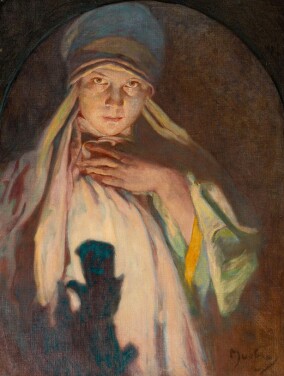 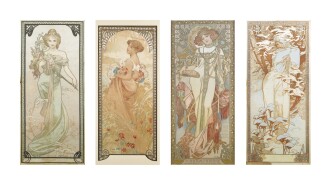 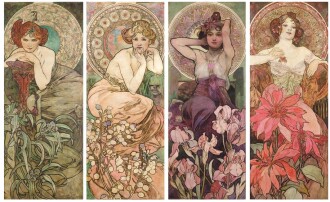 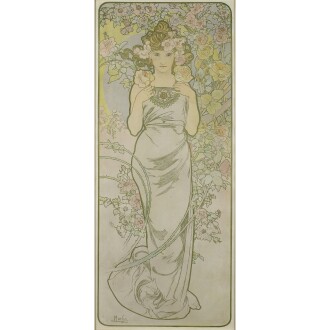 As Mucha has begun working as decorative painter mostly in the theater, a local count hired him to paint murals for his castle. He was so impressed that he sponsored Mucha to attend the Munich Academy of Fine Art. In 1887, the artist moved to Paris, where he continued his formal art studies while producing magazine illustrations and advertising. In 1895, his poster for a play starring Sarah Bernhardt, the greatest actress ofthe day, was an overnight sensation; Bernhardt put the artist on a five-year contract, during which he designed her poster, stage sets and costumes. With such visibility, other commissions flowed, and Mucha created posters, calendars and lithographs as well as designs for jewelry, textiles, bronze works and furniture. In 1899, he produced Le Pater,an occult exploration of the Lord’s Prayer.

After marrying in 1906 and visiting the U.S. until 1910., Mucha settled in Prague, where he spent many years working on what he considered his fine art masterpiece, The Slav Epic,a series of 20 momumental paintings that he bestowed to the city in 1928. He designed the windows for Prague’s St. Vitus Cathedral in the early 1930s. When German troops moved into Prague in spring 1939, the artist’s slavic nationalism and Jewish roots made him a prime target of the Gestapo. He was arrested and fell ill with pneumonia during his interrogation. He died a few months after his release.

Museums with Works by Alfonse Mucha

Type: museum
Virginia Museum of Fine Arts
Richmond, Virginia | Virginia
Type: museum
San Francisco Museum of Modern Art
San Francisco, California | California
Type: museum
National Gallery of Australia
Canberra
Type: museum
Scottish National Gallery of Modern Art
Edinburgh
Type: museum
Museum of Fine Arts, Houston
Houston, Texas | Texas
Type: museum
National Museum
Prague
Artist Image: [Public domain], via Wikimedia Commons
Please note that prior performance of the indexes and realized returns contained herein does not guarantee future results. In addition, there is no guarantee that random collections of individual works of art or stocks will yield index returns. We are not financial advisors and we are not in the business of recommending art as an investment. We also have no comparative advantage in forecasting the future direction of the art market. Investment decisions should be based on the risk return tolerance and time horizon of the investor with, if desired, the support of a licensed financial advisor. This information is provided "as is" and with no representations or warranties either express or implied of accuracy, merchantability, fitness for a particular purpose or of any other nature are made with respect to this information or to any expressed views presented in this information.