This was the Spectre of the rose that Vaslav Nijinsky brought to life before stunned audiences of the Ballets Russes in Paris in 1911. The impact was far out of proportion to the ballet itself, which was 10 minutes long, nothing more than a duet. But the Spectre of the rose would become one of the Ballets Russes’ seminal images, immortalized in a magnificently drawn poster by Jean Cocteau showing the 22-year-old Nijinsky hovering in one of his legendary leaps.

The Ballets Russes was more than a ballet company, it was a dazzling troupe of the best of the best of all the arts. Dancers, designers, composers and choreographers shared the lustre, as new collaborations of music, designs and dancing constantly bubbled in Diaghilev’s magic cauldron. At their Paris debut in 1909, the heady mix of exotic young dancers, orientalist music and Russian fantasy caused a sensation. But instantly fashionable as it became, the Ballets Russes was far more than a passing phenomenon. It tore down the idea that ballet was a specialist court display, rotating grand and familiar fairytale productions of European tradition (like Swan Lake and The Sleeping Beauty), and it put ballet at the heart of modern culture.

Although Diaghilev loved tradition and history, he was an impresario of new Russian arts primarily. Fin-de-siècle St Petersburg was the most luxurious city in the world, the city of the master jeweler Peter Carl Fabergé, where exquisite ballerinas and actresses wore their imperial lovers’ lavish gifts on stage in a very Russian display. The ‘Balletta’ vase, carved by Peter Carl Fabergé from a single smoky quartz stone, and given to the actress Elizabeth Balletta by her lover Grand Duke Alexei Alexandrovich in 1900, will be among Fabergé masterpieces to be auctioned in an upcoming auction at Sotheby's. St Petersburg also seethed with creativity, with composers such as Rimsky-Korsakov and Borodin whose richly emotional melodies and harmonies drew on Russian national cultures, and brilliant theatrical painters like Alexandre Benois and Léon Bakst.

On becoming artistic advisors at the Imperial Mariinsky Theatre, Diaghilev and Benois infused the European prettiness of opera and ballet with an opulent new orientalism that spoke of Russia’s traditions. Yet it was when Diaghilev realized the potential impact of the young choreographic genius Michel Fokine and the superb rising generation of dancers – enchanting young ballerinas such as Anna Pavlova and Tamara Karsavina, and the teenage prodigy Nijinsky – that he found the missing lever that would unite scenic and lyric arts in a world-beating new movement.

The 18-year-old Nijinsky made a poor first impression on the painter Benois. He was short and thick-set, and Benois thought he looked like a shop assistant, not a prince. But when Nijinsky danced, the designer marvelled, “he is half-cat, half-snake, fiendishly agile, feminine and yet wholly terrifying.” Vaslav had been a performer since infancy. The travelling Nijinskies were a Polish circus family who had toured the whole Russian empire before eight-year-old Vaslav took up ballet training in St Petersburg. He was accepted because of his unbelievable jump, flying higher than any other boy and seeming to halt in the air for a moment. 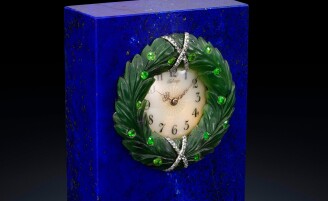 His celebrated partner, Tamara Karsavina, said that if he would never have succeeded in a traditional career, but “Diaghilev the wizard touched him with his magic wand.” The impresario realised the lad was not only a phenomenally gifted dancer, he had a shapeshifting ability that Fokine was able to explore mesmerisingly in his ballets. Nijinsky could be a romantic poet in Les Sylphides, or the wretched sawdust puppet Petrushka, a thrillingly masculine Golden Slave in Sheherazade, or the noble young Tsar in The Firebird.

He was accepted because of his unbelievable leap, which flew higher than any other boy and somehow stopped in the air. Tamara Karsavina, his most celebrated partner, said that if he had tried to have a traditional career he would have quickly disappeared, but “Diaghilev the wizard touched him with his magic wand.” The impresario realised this boy was not just a phenomenally gifted dancer, but he had a supernatural ability to transform himself. He could be a romantic poet in Les Sylphides, or the wretched sawdust puppet Petrushka, a thrillingly masculine Golden Slave in Sheherazade, or the elusive, fragrant Spectre of the Rose.

The designers went mad for Nijinsky’s shape-shifting qualities, and artists drew his slanting eyes over and over. Benois saw how, by putting this lad in a childlike white pierrot costume, his gift for darkest tragedy would be heightened. A 1913 photograph of Nijinsky’s Petrushka seems to show an old man staring at death – yet he was only 23. But his Spectre was something else – transparent, erotic, and irresistible. Nijinsky had already got himself fired from the Mariinsky by dancing Giselle without the usual trunks over his tights. In Le Spectre de la rose, Léon Bakst made Nijinsky seem almost naked, just sprinkled with rose petals.

Nijinsky’s thrilling leap through the window passed into legend, and made him an icon for new art and new sexual politics. He deliberately made himself enigmatic, slightly inhuman – he felt it would be ridiculous to be conveying wholesale masculinity while waltzing in rose petals, and he curled his arms and hands voluptuously around his head, while his eyes shimmered with black make-up. He was both sexless and yet incredibly sexually charged. Mysteriously, the costume would be shredded every night, and Bakst would crossly do the petals again. It emerged that Nijinsky was selling the petals to the sentimental ladies of Paris – he bought a house with the proceeds, dubbed the 'Château du Spectre de la Rose'.

Where Fokine’s choreography left off and Nijinsky’s own improvisation began was a matter of constant debate, but when the dancer soon after created his most iconic role for himself, the Faune in L’Après-midi d’un faune, he made very clear that classical ballet was not on his mind. To Debussy’s haunting strains, the Faune – dressed by Bakst in another revealing costume seemingly only painted onto Nijinsky’s body – watches Nymphs bathing, and becomes erotically aroused. The ballet ends with his orgasm, causing a scandal (just as Diaghilev hoped).

Nijinsky’s greatest scandal was ahead, when in 1913 he created Le Sacre du printemps, the primitive, jagged ritual of sacrifice for which Igor Stravinsky delivered a thunderous, radical new music score. The audience’s screams and howls during the premiere were so deafening that Nijinsky had to shout the rhythm to the dancers from the stage wings. Today photographs of the production look rather folkloric, even quaint, but the still unnerving power of Stravinsky’s discordant, arrhythmic music, and the writing about that performance, tells us that there was an artistic earthquake that night.

The Spirit of the Rose | An Exceptionally Rare Purple-Pink Diamond

Critics fought over whether this was a superb new movement, or an epileptic massacre of ballet: “Le massacre du printemps” was one review’s headline. The world was not yet ready. Nijinsky’s celebrity was disturbing for the Ballet Russes, especially for its main choreographer Fokine, who many observers saw as providing grace where Nijinsky created only grotesquerie. But box office takings showed that when Nijinsky did not dance, the Ballets Russes risked being unable to pay its bills.

Suddenly, the dancer took a different turn. Aged 24, he married an aristocratic young Hungarian ballet fan, Romola de Pulszky, and soon a girl, Kyra, was born. Diaghilev was hysterical, desperate to reclaim his lover, his commercial star, and his most brilliant artistic innovator, but the break became irrevocable. Tragically, Nijinsky would succumb to incurable schizophrenia by his late twenties, and would spend the rest of his life in institutions. But the Ballets Russes survived his departure, and handsomely.

Over the next 15 years Diaghilev’s stable of talents widened, without faltering. The folkloric fantasies were replaced by modern international collaborative visions. Diaghilev uncovered new choreographers, Léonide Massine and George Balanchine, and pioneering designers, Coco Chanel and Natalia Goncharova. He commissioned giants of modern European art: Matisse, Picasso, Braques and de Chirico. The chic French sounds of Satie, Poulenc and Auric and the British musical wits, Constant Lambert and Lord Berners, joined in alongside the Ballets Russes’ most vital composer, Stravinsky. After Diaghilev’s death, his dancers and choreographers took his dynamic ideas worldwide, and founded ballet companies from the Americas to the Far East, from Britain to South Africa and Australia – most famously, New York City Ballet and the Royal Ballet at Covent Garden. Few of the Ballets Russes’ choreographies survived time, but its art movement and its legends certainly did – and surely Diaghilev, the old impresario, would approve. 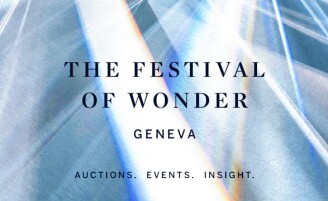 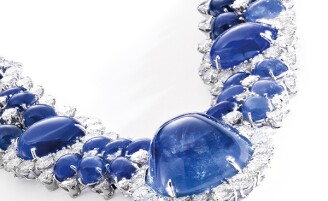