By Sotheby's
François-Xavier Lalanne's Three "Grands Moutons de Peter" are a highlight of the upcoming Important Design auction in New York (23 May). Pre-sale exhibitions for Important Design and Dreaming in Glass: Masterworks by Tiffany Studios (23 May) are now on view.

I n 2004, Peter Marino, a passionate collector of the Lalannes’ work, inspired François-Xavier Lalanne to execute a new sheep series – an original variant of the iterations produced by the French artist over the past four decades. These sheep, created at the initiative of the famed American architect and designer, were made of gilt bronze in a limited edition of eight. Each edition is comprised of three different forms: one ewe, one ram facing left, and one ram facing forward.

The context and inspiration behind the series is unusual and reaffirms the strong friendship that united Marino and the Lalannes for many years. The “Grands Moutons de Peter” (“Peter’s Grand Sheep”), as they were soon called, were not only named for Marino, they are the product of his creative influence. They are the artistic manifestation of an exchange of ideas and creativity, sparked in part by the many summers that Marino and the Lalannes spent together at their respective residences in Ury and Southampton. There was a time when the Lalannes used to visit Marino in Southampton every summer, a residence with glorious gardens that is now home to the largest collection of Lalanne sculptures in the United States. “They saw the garden grow to its present size and they contributed enormously to what it ultimately became,” wrote Marino in his 2017 book The Garden of Peter Marino. “A major component of the garden is the forty-two sculptures by Claude and François-Xavier that have been placed around the property’s twelve acres. About half of the sculptures were commissioned for the garden.”

The “Grands Moutons de Peter” were one of such commissions – one that was conceptualized during a verbal exchange between François-Xavier Lalanne and Marino. When François-Xavier asked him, “What could I make for you that is truly special?,” Peter responded that since childhood he had always been fascinated with the story of Jason and the Golden Fleece from Greek mythology. The legend, one that emphasized the power of healing and perseverance, has been a source of inspiration for Marino throughout his life. He had a clear picture in his mind of a full flock of sheep with shimmering bodies mirroring the golden-woolled fleece of the mythological creatures that filled his imagination. Lalanne was delighted with the idea and said he would make them, executed entirely in gilt bronze, and that they would be named for Marino.

The question of quantity soon arose. Lalanne, in a preparatory sketch, had designed three sheep per edition – two males and one female. Marino specifically requested three editions of the three to total nine sheep – his lucky number. Lalanne ultimately produced eight editions plus four artist proofs, which have entered other private collections. The project, initiated in 2004, took several years for Lalanne to complete, and the eighth edition was not executed until 2007.

Given the limited number of editions in this series, the present offering of two rams and a ewe (lot 10) represents a particularly rare and exciting opportunity to collectors. Indeed, the present offering marks the debut of the “Grands Moutons de Peter” series at auction. These large-scaled sheep are enlivened with simplified, delightfully expressive features, and each sheep is positioned in a slightly different pose, creating charming variety and dynamism within the herd. They represent the culmination of decades of continuous exploration and refinement of what is arguably Lalanne’s most iconic form. 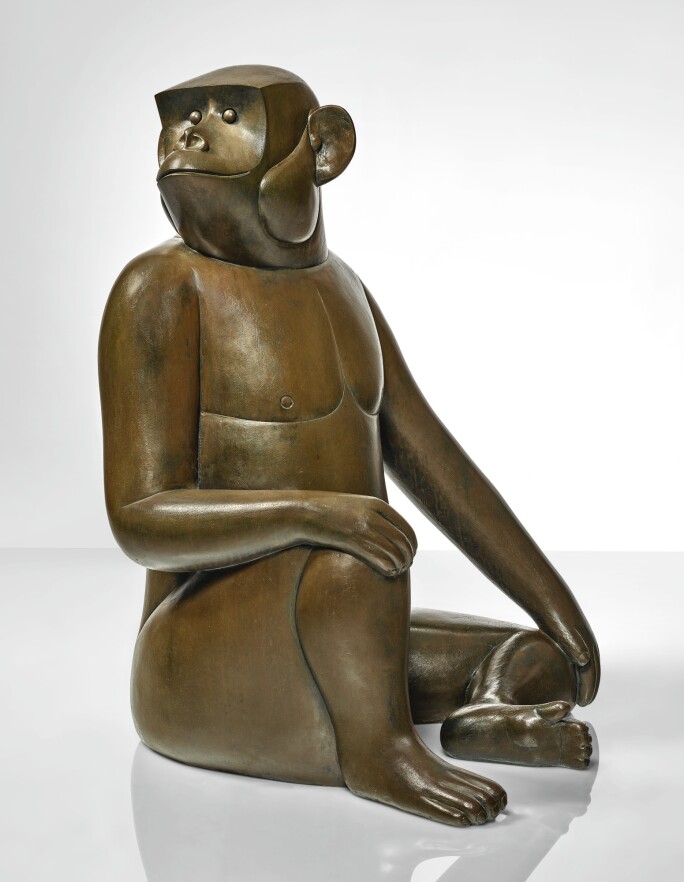 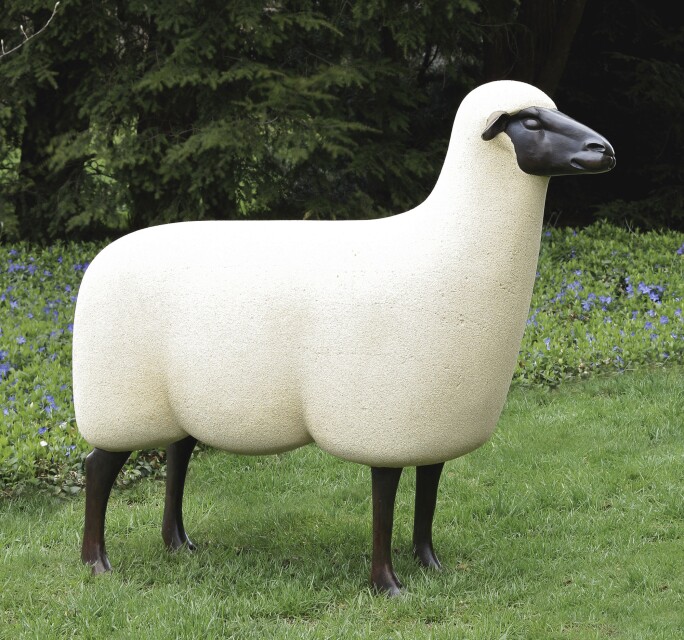 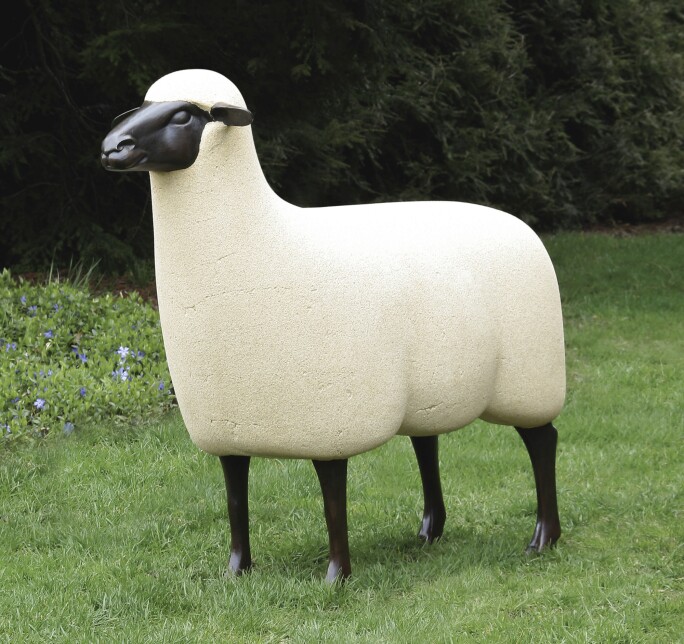 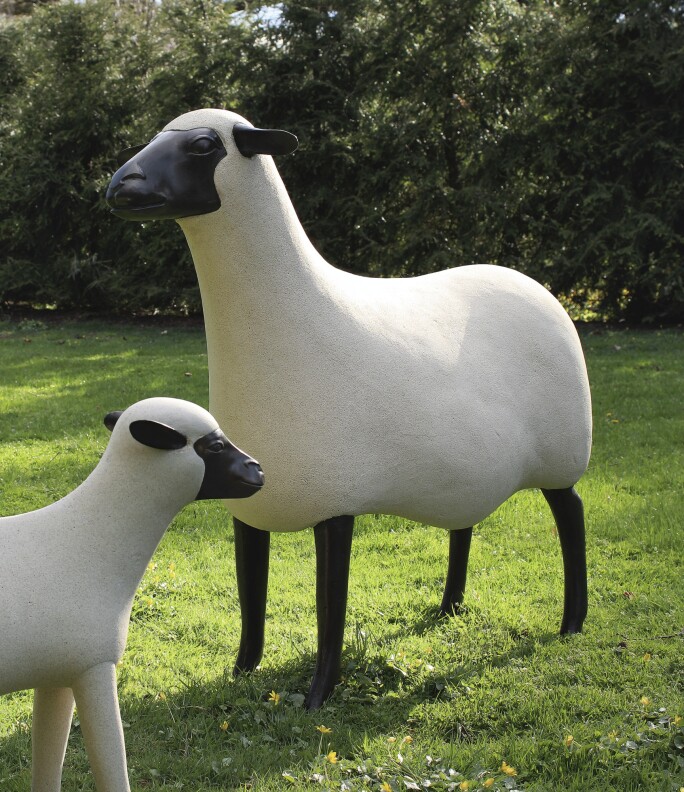 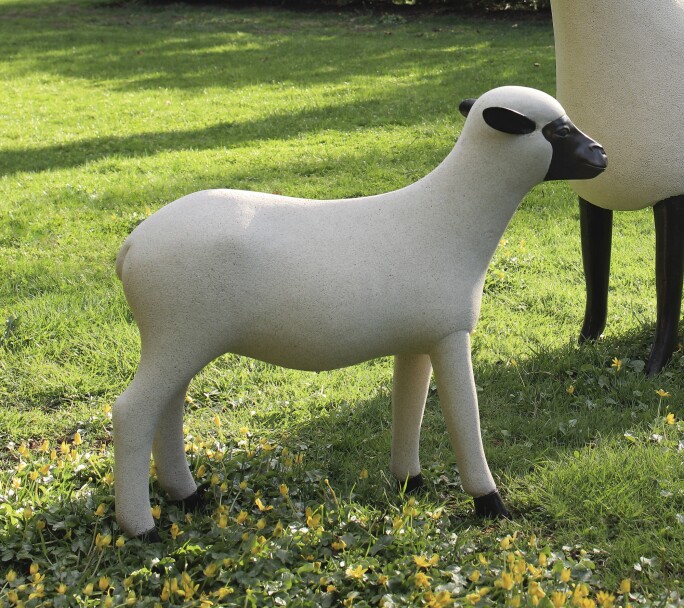 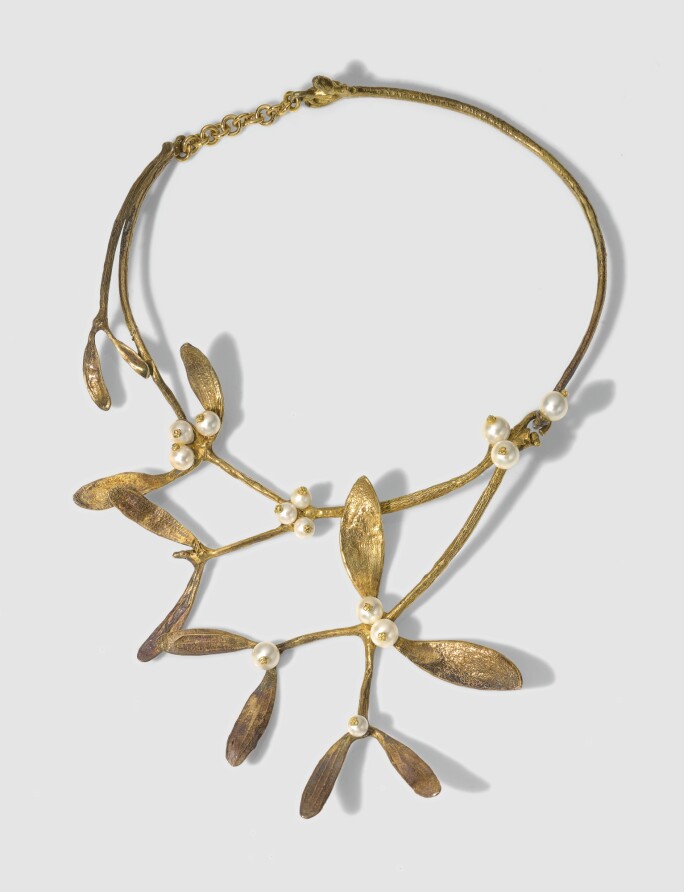