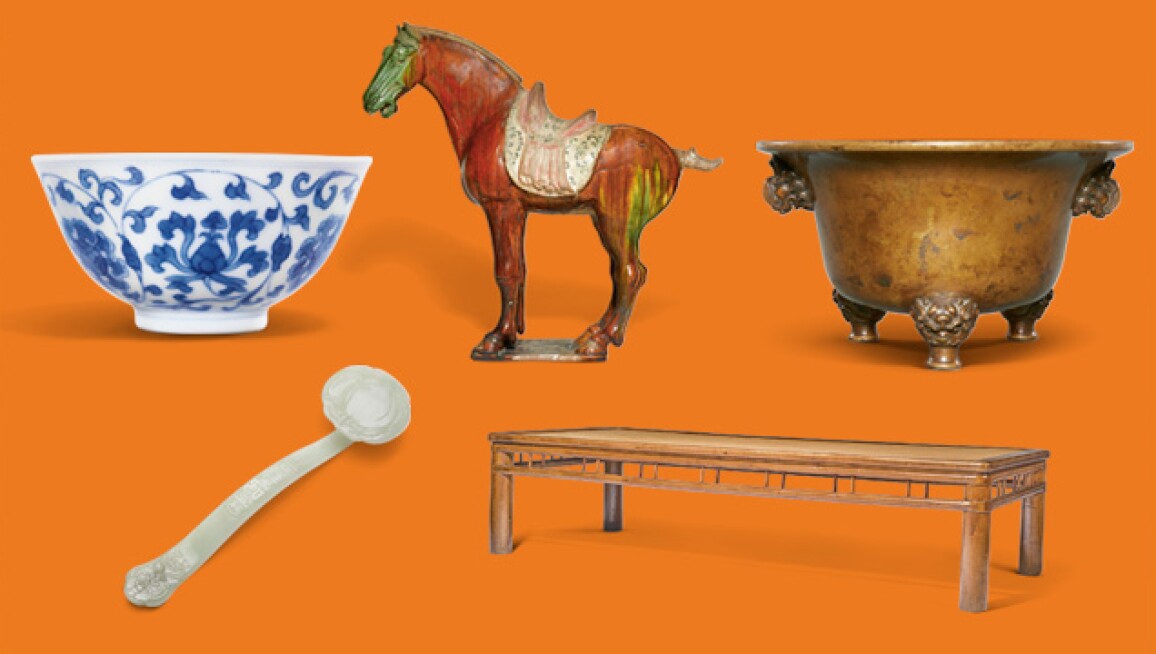 Our inaugural St George Street Sale: Chinese Art showcases several private English and European collections of Chinese ceramics, jades, furniture and works of art. The individual quirks and stories of each collector reveal themselves through the range of objects, which are presented at attractive estimates for those interested in owning and forming a part of history. Click ahead to view highlights from the sale.