The Soul of a City: Paris in Photographs

P aris is as much an idea as it is a place. A dream for some, a symbol for others, and for many a day to day reality. Some of the 20th century's best-known photographers have taken the city and its inhabitants as their artistic subjects again and again, finding inspiration, beauty, and meaning in its unique character. Ahead of Sotheby's Photographies sale on 10 November, we wanted to explore the photographers and stories behind some of the lots that focus on this famous European city.

Frank Horvat, who moved to Paris from London in 1955, tried to capture the gritty, urban reality of the city. “The so-called humanist photographers heavily romanticised 1950s Paris.” he says in a 2014 interview in The Guardian. “It didn't look like their shots. It was poor and dilapidated…It was sordid and dirty. But that kind of thing can make great photographs, too.”

Marc Riboud was among the central group of photographers that formed the Magnum Photos agency in post-war Paris. This unusual perspective of the Eiffel Tower, a close-up of the tower’s ‘interior’, sets its stark frame alongside the almost music hall performers’ pose of the painter. Riboud said of the picture: “While painting the Eiffel tower, this fellow - nicknamed Zazou - was perfectly relaxed. But I felt dizzy and had to close my eyes every time he leaned over to dip his brush in the paint can.”

Between the wars, the 1920s saw a giddy and carefree atmosphere take hold of Paris. This short period, before the Great Depression set in, was known as Les années folles: the "Crazy Years". A host of artists and writers descended on the city, Hemingway wrote A Moveable Feast; F. Scott Fitzgerald wrote The Great Gatsby; and Picasso, declared, “one of ours” by Andre Breton, began exhibiting with the French surrealists. In this atmosphere of exploration and creativity, Hungarian-born photographer Kertész’s Satiric Dancer captures the mood perfectly. Hungarian dancer Magda Förstner playfully imitates the sculpture to her left, as if to suggest that living is the real art-form. For Kertész, the camera provided an opportunity to capture "people in motion...the moment when something changes into something else."

In contrast to the gritty Paris portrayed by Horvat, Doisneau was a major part of the Photographie humaniste that became hugely popular through the 1950s. His depictions of the city dwell on moments in human life, bringing to the surface the soul of Paris through depiction of its characters. “The marvels of daily life are so exciting,” Doisneau explained, “…no movie director can arrange the unexpected that you find in the street.” In Le Baiser De L’Hotel De Ville, commonly known as The Kiss, Doisneau saw two lovers kissing, and asked them to kiss again so he could take a picture. Francois Delbart, the woman in the picture, said: “We didn't mind. We were used to kissing. We were doing it all the time then, it was delicious.”

New Yorker William Klein won his first camera in a poker game, while stationed in Germany in the aftermath of World War 2. Trained as a painter, he moved into photography in the 1950s and became a leading fashion photographer for Vogue, winning the Prix Nadar in 1957. In this photograph he captures a group of women at Club Allegro Fortissimo — a public pool created specifically for larger swimmers, with the aim of enabling them to exercise while protecting them from discrimination.

Bohemian icon, anarchist and writer Jean Genet lived much of the 1930s as a petty criminal and vagabond, scraping together a living on the streets of Barcelona, Antwerp and other European cities. Arrested and jailed repeatedly for petty crimes, he was rescued from a life sentence by a group of artists including Jean Cocteau, Pablo Picasso and Jean-Paul Sartre, who recognised his literary genius. Photographer Henri Cartier-Bresson was well known for his depictions of leading cultural icons, who represented the rich literary and philosophical atmosphere in Paris in Cartier-Bresson’s lifetime. “The most difficult thing for me is a portrait” Cartier-Bresson once said. “You have to try and put your camera between the skin of a person and his shirt.” 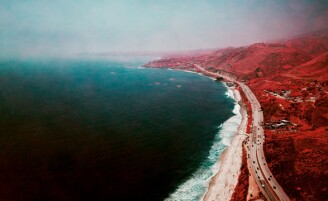 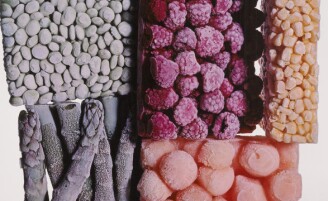