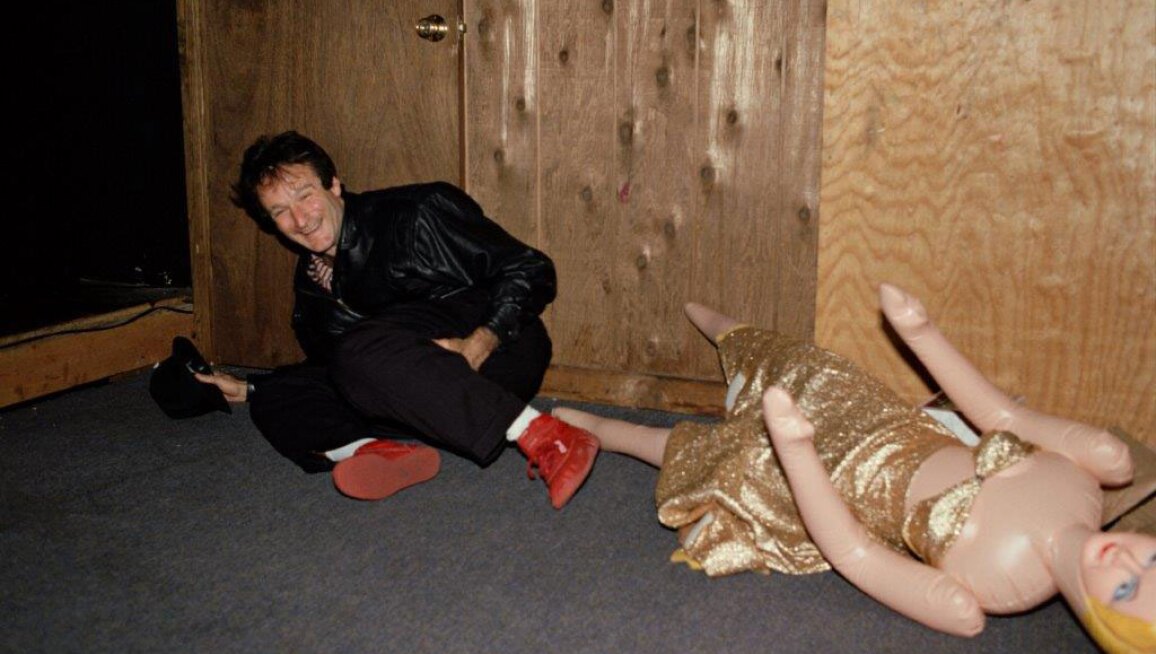 “I had never seen anyone like him before and had never laughed so hard in my life,” recalls photographer Arthur Grace on meeting Robin Williams for the first time. This chance encounter in 1986 while Grace was on assignment for Newsweek led to a collaboration that lasted over fifteen years. Grace captured many special moments for the beloved entertainer and his family — from quiet times at home, to Williams’s memorable stage performances, wedding parties and last-minute New Year’s Eve celebrations. In 2016, Grace’s photographs were published in Robin Williams: A Singular Portrait, 1986–2002 (Counterpoint, 2016).

A selection of photographs by Arthur Grace from the Williams family’s personal collection will be offered in the upcoming auction Creating a Stage: The Collection of Marsha and Robin Williams (4 October, New York). Proceeds will benefit the Reeve Foundation, a cause championed by Marsha and Robin Williams. Click ahead to see a few of Grace's images, some of which will be offered at auction, along with reflections from his book on the experience he described as “the most extraordinary trip of my life.”