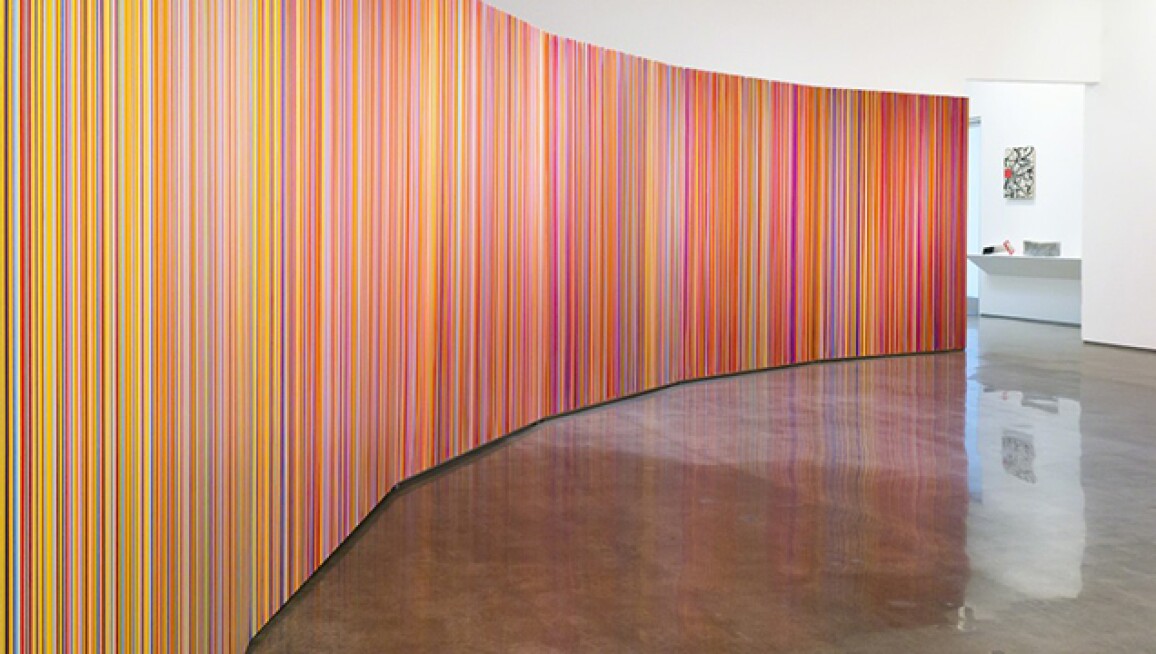 When Eric Shiner was approached last summer by the Armory Show to curate its new Platform section, he didn’t have to think twice. “It was a chance to engage with artists I always wanted to work with,” says Shiner, the former director of the Warhol Museum who is now a senior vice president of contemporary art at Sotheby’s. Platform stages installations and site-specific commissions that are too large to be contained within the square footage of a typical gallery booth, but Shiner’s effort, entitled An Incident and featuring 13 artists, is about more than just scale. “I wanted to create a series of incidents to break up the fair routine. Encountering the projects gives people some breathing space, but also creates moments of joy and even fear,” he says, noting that the latter emotion was in response to Sebastian Errazuriz’s contribution: a large piano suspended from the ceiling over crowds at the champagne bar. “At the base level,” says Shiner of his selection, “it’s important that we remember what brought us here in the first place – the art.”