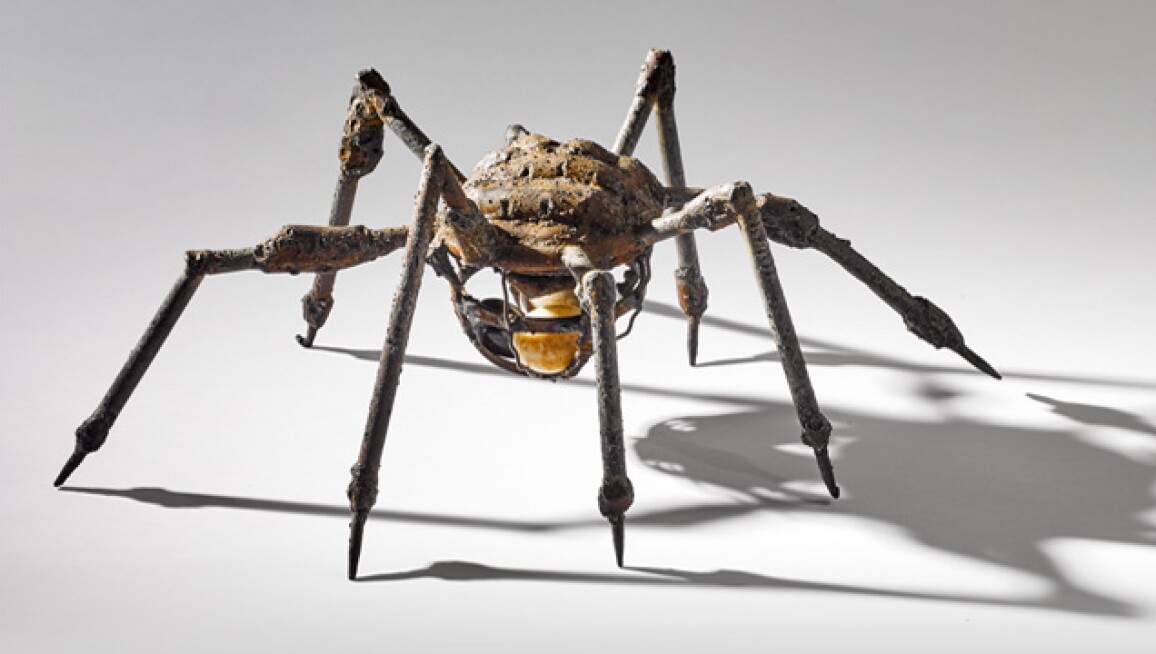 An exhibition of works by Louise Bourgeois and Yayoi Kusama is now open at Sotheby's S|2 gallery in London, marking the first time these artists have been exhibited together since the 2001 exhibition of drawings at the Peter Blum gallery in New York. Featuring sculpture, paintings and works on paper, Traumata seeks to re-evaluate the work of these two major figures of contemporary art side-by-side. Through a variety of media, these artists have extensively explored ideas of motherhood, memory and the body — as well as writing poetry around these themes. Spanning a period from 1942 until 2015 (Kusama is still prolific in her production), these works represent not only their shared compulsion to produce affecting imagery, but a cathartic method of navigating the human psyche. Click through to see highlights from the exhibition.