10 Pieces of American Folk Art That Embody "We the People" 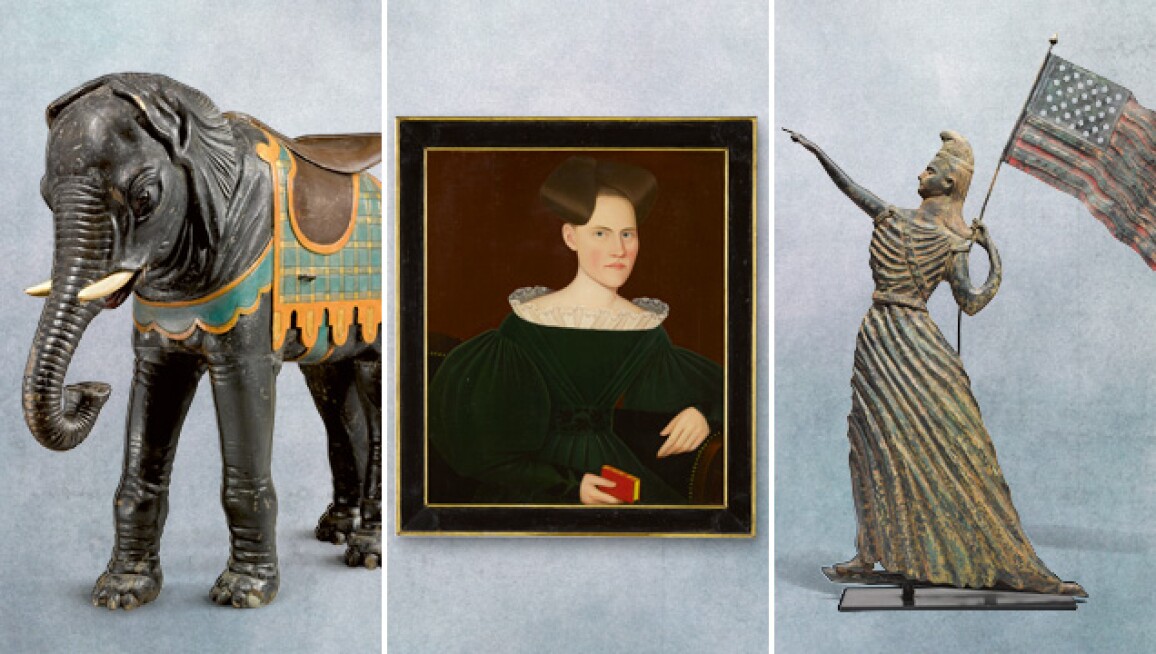 Truly of the people, by the people and for the people, folk art unmistakably embodies the American spirit of democratic inclusiveness and creativity. Made by an array of talented, diverse individuals, folk art – from Coney Island style carousel figures to New England needlework – serves as a window into the social, artistic and historical context of American culture. Click ahead for a selection of these remarkable pieces on offer during Sotheby's Americana Week.