A s we look forward to a year of renewed possibility, we consider the very foundations of the Renaissance, propelling art, society and religion into a new age, and how these tenets allow us to stride forward and reset the dial. Entering a phase of great opportunity and renewal, this allows us to harness technological innovations, whilst celebrating moments at the pinnacle of creativity and culture.

This is encapsulated in the rare and Early Renaissance masterpiece Sandro Botticelli’s Young Man Holding a Roundel, which lead New York Masters Week, selling for $92,184,000, making it one of the most valuable Master paintings ever sold at auction. The intensely beautiful portrait captures a magical and groundbreaking moment in Florentine history, when for the first time since antiquity, the individual and his achievements were at the center of life and art.

Following on from the success of the Botticelli in New York, an extraordinarily rare portrait by Italian artist, Piero del Pollaiuolo, will be among the highlights of Sotheby’s first major London auction on 25 March.

The two remarkable Renaissance masterpieces, once hung side by side in the collection of Thomas Ralph Merton – the first scientist to be employed by the British secret service, and the original ‘Q’ of MI6. During the 1930s and 1940s, Merton amassed a carefully curated collection consisting of over 30 masterworks of the highest quality, primarily works from the Italian and Northern Renaissance.

Portrait of a Youth will be offered in Sotheby’s cross-category Evening sale in London on 25 March. Spanning Old Master paintings through to important works of the 21st century, the sale will also include major works by David Hockney, Edvard Munch and Wassily Kandinsky.

Like the 15th-century artists that found inspiration in the ruins of Ancient Rome, artist and fashion photographer Erik Madigan Heck’s work is at once timeless and futuristic. In an original episode of A Life Less Ordinary which premiered on 25 January, he discusses his own artistic processes and what it means to capture a person's likeness in portrait. He is known to “paint with his camera”, interweaving classical portraiture, Impressionism and Pop Art to create images saturated with colour and simultaneously dreamlike, he has memorialized subjects from Tilda Swinton and Adele to President Joe Biden.

Synonymous with the creation of new worlds, Christo and Jean-Claude earned international renown and acclaim for their large-scale immersive and interactive works. Most notable among these was Wrapped Reichstag, a 24-year project in which Germany’s symbol of democracy was enveloped in fragile fabric; and Valley Curtain that saw the husband and wife duo raise a vast fabric curtain in the mountains of Colorado in 1972, using the landscape as their canvas and shifting viewers’ perceptions from the small and delicate, to the bold and monumental.

Hans Ulrich Obrist, artistic director of the Serpentine Galleries, will explore these themes and Christo’s inimitable legacy with architect Sumayya Vally and photographer and street artist JR ahead of Unwrapped, the sale of their captivating collection of artistic inspirations from their New York studio and home. The conversation will take place live on Sotheby’s Talks on 8 February.

At this time of pause and reflection, we are also feting the much-anticipated reopening of the Rothko Chapel in Houston, Texas. Commissioned by collectors and patrons John and Dominique de Menil in 1964, the sacred space’s mission is to encourage spiritual growth and dialogue within its contemplative setting and surrounding landscape. Dominique de Menil eloquently stated: “We saw what a great master can do for a religious building when he is given a free hand. He can exalt and uplift as no one else." On its 50th anniversary, we join the artist’s son and guardian of the Rothko legacy, Christopher Rothko, and international curator, critic and art writer Dr David Anfam live on Sotheby’s Talks on 4 February. This event coincides with our selling exhibition Picasso to Rothko: European and American Masters in Dialogue, currently on display at Sotheby’s Palm Beach.

Like the fearless, incomparable Hester Diamond, whose collection combined world class modern art and Old Master painting and sculpture, we invite you to find inspiration in the artworks and stories of this Modern Renaissance, that bring hope and remind us of the possibilities that lie ahead. Joins us online to experience the world of Sotheby’s through our talks, exhibitions and auctions. 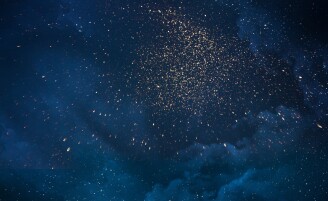