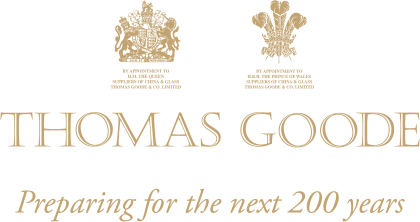 F rom 1827, Thomas Goode & Co gained a reputation for supplying the finest bespoke tableware to a discerning international clientele, including many of the Royal Households of Europe.

Over nearly two centuries of production and collecting, Thomas Goode has accumulated a multitude of wonderful objects, including a single copy of every commissioned piece for their own collection. Many of these treasures have been stored unseen in the attics and vaults, until now. The landmark Thomas Goode building is to be restored and refurbished, and as the builders move in during 2021, this magical emporium will temporarily move out. A decision was made to work with Sotheby’s to rationalise the collection before it returns to its restored Mayfair home.

Highlights of this sale include a Coronation Cup made to celebrate Edward VIII’s coronation to the throne, which never happened; Thomas Goode’s own copy of a miniature dinner service commissioned as a gift for Queen Mary ‘s dolls house at Windsor Castle; a table for an Emperor which includes a stunning St Louis Chandelier, a magnificent George III table, and a Sèvres dinner service made for Napoleon I ; a presentation cabinet created by David Linley, and an engraved glass celebrating the trip of George VI to the United States during the summer of 1939, the first trip of a reigning British monarch. There are also artefacts relating to Winston Churchill from the same period.

This sale presents a unique opportunity to acquire a piece of history in the form of the finest vintage pieces and collectibles, alongside 40 dinner and tea services including a number of tablescapes created by the renowned table designer Fiona Leahy.
Funds raised will be re-invested and used in part to restore and digitise the archive, and library that will be accessible to clients, scholars and the public, and to conserve one of the original Sevres plates supplied to Catherine the Great of Russia in 1778. 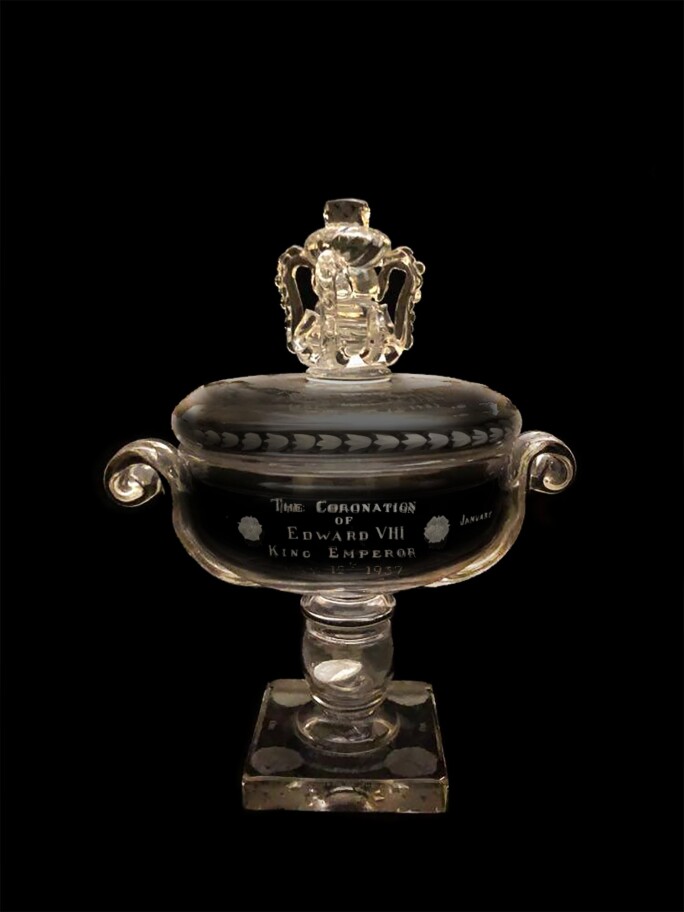 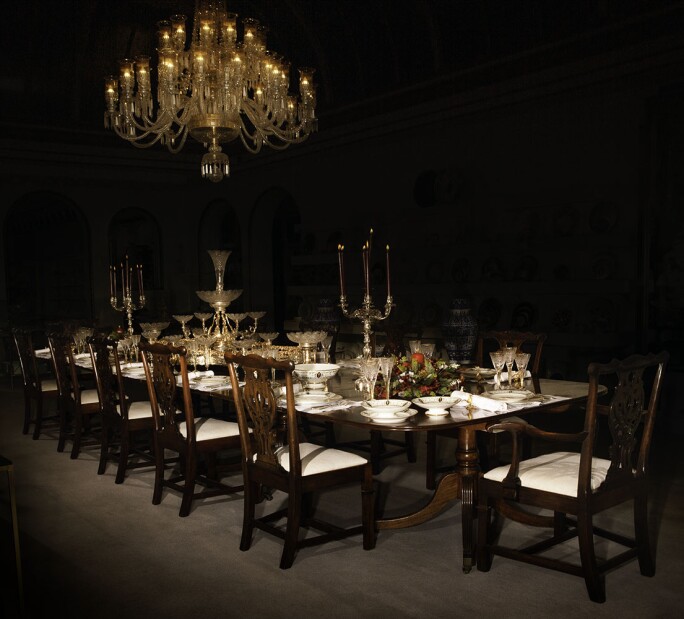 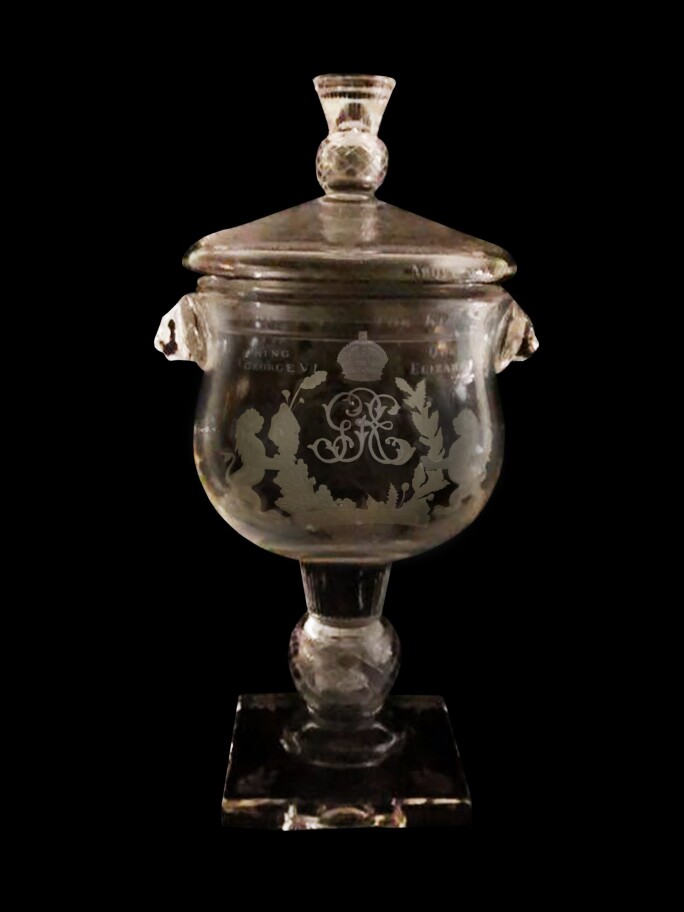 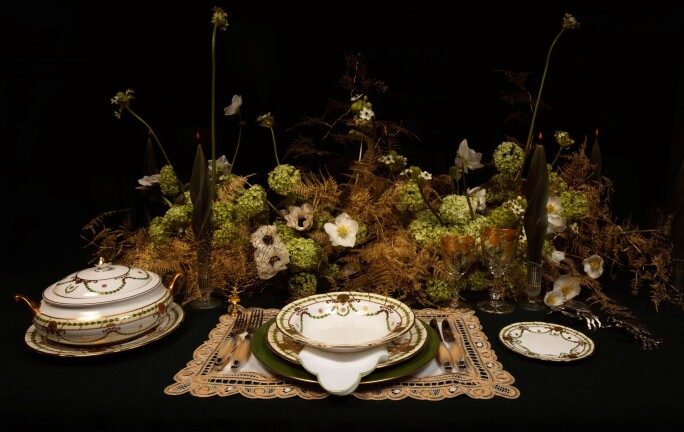 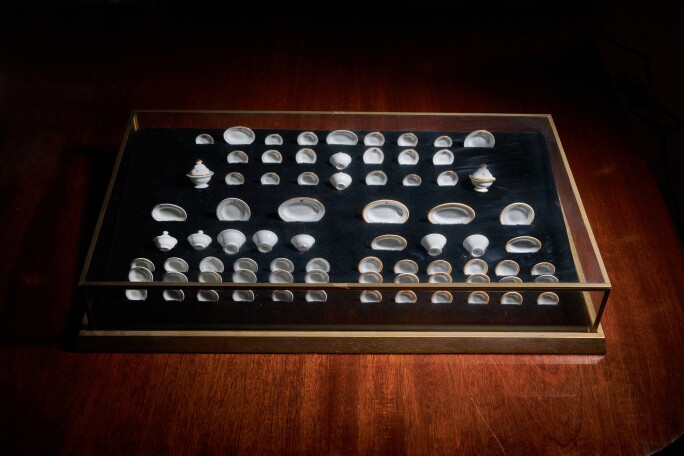 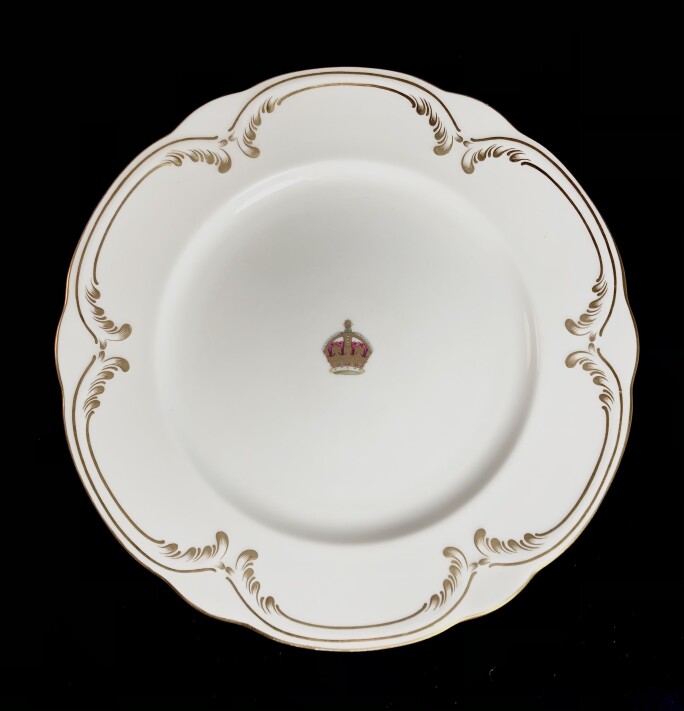 Considered the “largest, most beautiful and most famous dolls’ house in the world” the five foot-tall house with working electricity, silver bath taps and flushing lavatories, was designed by Sir Edwin Lutyens in 1922 as a gift for HM Queen Mary, Queen Consort to HM King George V and grandmother of HM Queen Elizabeth II.

Over 1,500 artists, craftsmen and Royal Warrant holders were commissioned to create each element of the house in miniature – from real versions of 600 miniature books to 774 replica artworks, a wine cellar complete with real wine and spirits, a gramophone playing the National Anthem and a garage with a tiny Rolls-Royce.

Thomas Goode & Co were requested to create three miniature white porcelain dinner services for the doll’s house. Comprising 76 pieces in total, the sets were required for ‘use’ in the State Dining Room, The Nursery and The Kitchen. Each with gilded details and the Cypher “M.R.” (Mary Regina) under the insignia of a Crown. Each piece is individually stamped to the base with the Royal Doulton maker’s mark and set into a bespoke glazed presentation case. The individual pieces are one twelfth of their normal size and include serving dishes, tureens, bowls, dinner and side plates, and platters.

As with every commission, Thomas Goode kept one copy of each article supplied for their own archives. The only two complete services that exist, therefore, are the set in Queen Mary’s doll house in Windsor Castle and the one in Thomas Goode’s archive. The fine china, engravings and decoration of each individual piece (70 pieces making up the dinner set in total) compliments the rarity and royal history, securing this lot’s place as the crown jewel (or at least one of them) in the upcoming auction.

This lot is accompanied by a facsimile of a letter from Queen Mary thanking Thomas Goode for their kindness:

"Her Majesty greatly admires the very careful and minute work which has been put into this charming little service, and I need not tell you how keenly The Queen appreciates your very kind thought, and all the trouble which has resulted in the production of this unique specimen service."

Thomas Goode are the original creators of “Table scaping” and have been creating the world’s finest tables for nearly 200 years.

Recently TG & Co created 30 table scenes for the upcoming attic sale of tableware at Sotheby’s and a number of these were in collaboration with the renowned table designer Fiona Leahy.