L ondon’s Weekly Edit of Fine Jewels contains an eclectic mix of period, vintage, retro and contemporary jewels. Notable designers include Cartier, Van Cleef & Arpels and Tiffany & Co. From a collection of mid-19th century Etruscan Revival jewels including a Neapolitan coral and diamond parure from the 1850s to a Kashmir sapphire ring dating from the 1960s, the sale encompasses a wide selection of jewels catering to all tastes.

Kashmir sapphires herald from a remote part of the Himalaya Mountains known as the Zanskar range and were first discovered in the 1880s. Prized over other sapphires, they have a superior cornflower blue colour which can be best described as “blue velvet” They were so highly prized that when the Maharaja of Kashmir heard of the presence of these legendary sapphires, he posted Sepoy guards outside of the mines to protect them.

The mine is located high up in the Himalayas involving a perilous journey which begins by traveling over the Chinab and Wardwan River to cross a rope bridge which was elevated 11,550 ft in the mountains. The Chinab River runs through deep and narrow canyons making the journey even more dangerous as the harsh climate only allows access during the Summer months.

By 1888 a survey showed that the mine was nearing exhaustion with attention to focusing on mining the floor valley where some sapphire could still be found.

In 1889 mining was halted until 1906 when the mines were leased to The Kashmir Mineral Company & C.M.P Wright who were able to excavate a small number of fine sapphires by reworking the placer deposits. This new area became known as the “New Mine” but by 1908 it too began to yield poor results. Sporadic mining continued in to the early 1920s however by now the mines had become nearly exhausted and by the late 1920s mining had all but ceased apart from a few local poachers.

From diamond stud earrings to classic timepieces, browse a selection of essential jewels.

The Prince's grandmother Queen Alexandra presented her grandson with the watch chain when he was about to embark on his trip as a Naval Cadet in 1921. Edward Prince of wales, left Portsmouth in H.M.S. Renown on the 26th October 1921, bound for an extended tour of India and Japan, returning to Plymouth on the 20th June the following year.

The Duke subsequently remembered that at the start of the journey, 'My old tutor, Mr. Hansel, now grown quite old, was on the dock to wave good-bye. In the late afternoon, with the crew fallen in and the band playing 'Auld Lang Syne' against the booming of a salute of the twenty-one guns, the battlecruiser sailed. This time I was to be gone eight months...The East had always fascinated me. Ever since my tour of duty in Egypt during the war, I had longed to explore the lands that lay beyond the Red Sea', A King's Story, pp 164/5.

Throughout the 1920s, Edward, as the Prince of Wales, represented his father at home and abroad on many occasions, undertaking a series of tours throughout the Empire. The Prince visited poverty-stricken areas of Britain and undertook 16 tours to various parts of the Empire between 1919 and 1935.

H.M.S Renown was laid down by Fairfield at Govan, Glasgow, Scotland on 25 January 1915 and was launched on 4 March 1916 and completed on 20 September 1916, after the Battle of Jutland She served with the Grand Fleet in the North Sea during the remaining two years of the First World War.

When the Grand Fleet was disbanded in April 1919, H.M.S Renown was assigned to the Battlecruiser Squadron of the Atlantic Fleet and in n June she was refitted in preparation for a tour of Canada, Newfoundland and the United States by Edward, the Prince of Wales. From January to March 1920 H.M.S Renown was refitted more extensively as a "royal yacht". Her aft 4-inch mounting and both 3-inch AA guns were removed so that extra accommodation and a promenade deck could be built. A large deck house was built on the shelter deck between the funnels while the port side housed a squash court and the starboard side a cinema. The ship sailed in March for Australia and New Zealand with the Prince of Wales and his entourage aboard and made many stops en route. She returned to Portsmouth in October and was placed in reserve in November.

H.M.S Renown was recommissioned in September 1921 for a tour of India and Japan by the Prince of Wales and sailed from Portsmouth on the 26th October. The ship arrived back in Portsmouth in June 1922 and she was placed in reserve the following month. 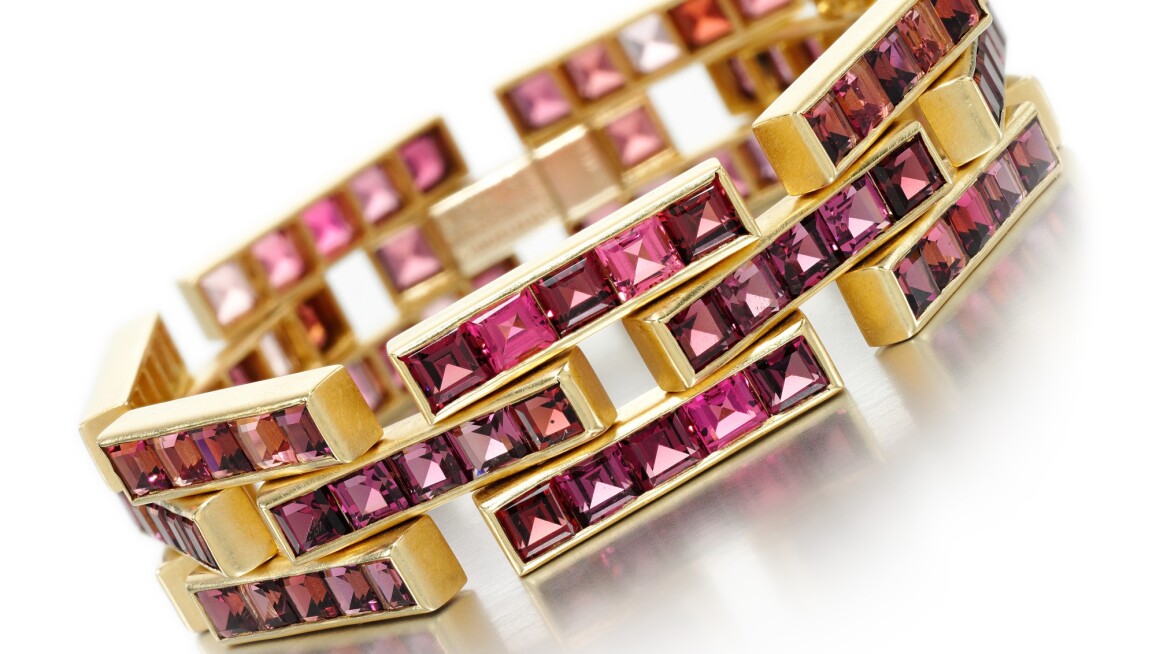 The Fabulous Jewels of Graff

Continuing the recent success of the capsule collection, Graff: Light & Form, we are pleased to present another selection of jewels by the famed diamantaire. For more than 50 years, the House of Graff has represented some of the world’s rarest gemstones.

Charismatic and visionary founder Laurence Graff’s extraordinary success rests on his innate understanding of diamonds and his insistence on perfectly proportioned cuts, optimizing the brilliance, color and overall quality of every stone he handles.

Cufflinks have a long fashion history, dating back to the Middle Ages, where they were used as an accessory as well as a necessity. Particularly popular in England, they were popularised by Royals such as King Charles II, who began to have special commemorative cufflinks made to honour weddings, coronations and other special occasions. In France, they became the mark of aristocracy, and Louis XIV “Le Roi Soleil” went one step further, tying the cuffs of his shirtsleeves together with strings, ruffles and ribbons, as well as cufflinks, to signify his status.

At this time too, a new style of cufflink appeared - the French Cuff - sometimes thought to have been inspired by the characters in Alexandre Dumas’ The Count of Monte Cristo. The new style was created simply by twin designs facing each other.

By the mid-19th century, almost everyone in the middle or upper classes wore cufflinks. But their heyday was short, as soon, the advent of shirts with attached buttons once again returned cufflinks to special occasion status – restricted to wedding and formal wear again until around 1920. 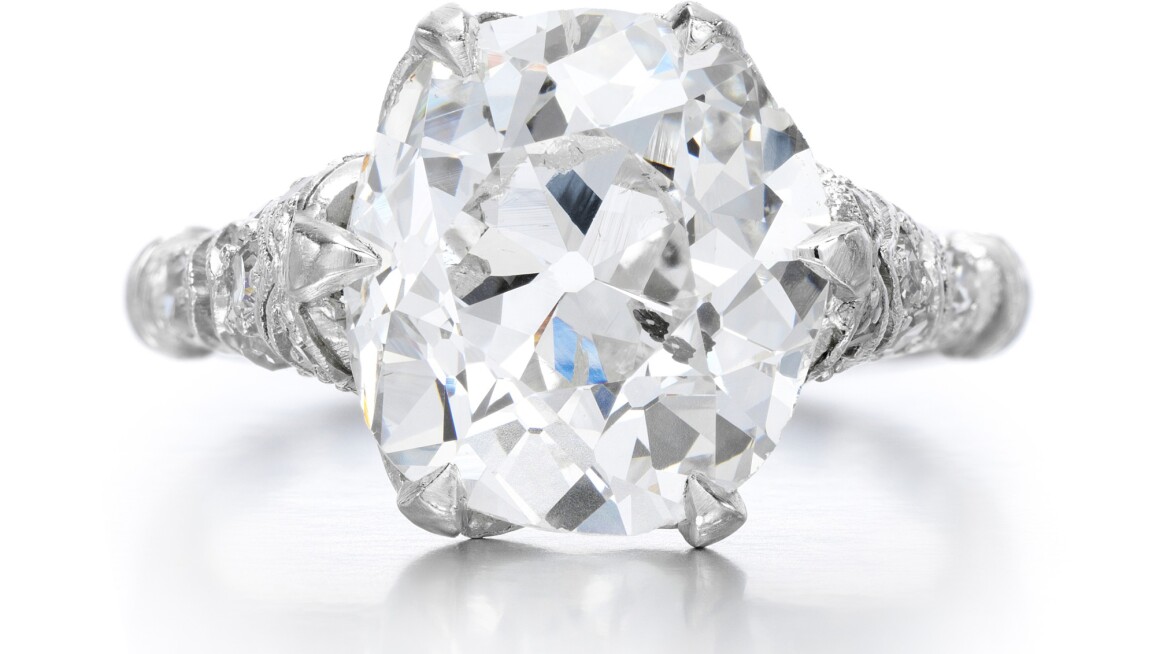 Dazzling Jewels from Past to Present

Antique jewels paved the way for today’s most celebrated jewellers. Antique jewels can be regarded as treasures of human civilisation. They have survived wars and disasters, they have born witness to the rise and fall of monarchies, governments, economies and populations; they are gifts from the past, waiting to share their tales. The jewels which have survived have captivating stories to tell and have been the inspiration for today’s jewellers who demonstrate the continuing mastery and creativity of modern-day diamond cutters and master jewelers such as JAR and de Grisogono. 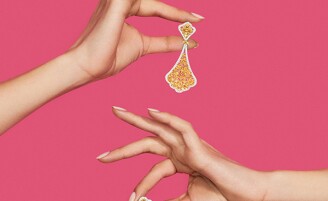