T he sale begins with a collection of prints by Toshusai Sharaku. This is followed by an array of lacquerware spanning a period of four centuries. It continues with a group of fine ceramics from the late 17th and early 18th century, including an important selection of Kakiemon and Arita pieces from an American collection. These are accompanied by a large group of enamels and bronzeware from the Meiji period. The sale culminates with a variety of mid-20th century Modern paintings and baskets, and a selection of late 17th and 18th-century screens.

John R. Young II was a pioneer collector of Japanese art, focusing on the fine details, craftmanship and one of a kind pieces of the Meiji era. In the late 1960’s, John and his wife Frances began to travel abroad and were particularly taken with the Far East. They began to purchase decorative art pieces in China and Japan for their home, and it quickly became a more serious endeavor for them both. John built a reference library of auction catalogs and books and started to study and fine tune his preference for Meiji art at a time when these pieces were not considered fine art. Pursuing the very best that was ever made in this Japanese era brought John true joy and for the next twenty-five years he would follow his passion in collecting.

In the early 90’s, it became recognized that John had built a collection of stellar examples of the finest detail and artistry that was made in the Meiji period. Industry experts and historians organized an around the world exhibition of the pieces and the University of Oxford: Ashmolean Museum published a book, The Dragon King of the Sea by Oliver Impey and Malcolm Fairley. In 1993, John R. Young II and his wife Frances, gifted the majority of their collection to the Dallas Museum of Art so generations to come can see and appreciate the very best metalwork, cloisonné and lacquer works of this era.

John always said that throughout his life, building this collection gave him immense joy as it was a pursuit that resulted in wonderful discoveries, loyal friendships and memorable travels around the world. The pieces presented today are those that were kept by John personally to enjoy living with until he passed away in 2013.

Amassed over the last thirty years, this very fine selection of predominately Meiji Period works represents the collector’s passion and academic taste for the high level of design and artistry that emerged during this era, in terms of cloisonné enamelware and metalware. During the late 19th and early 20th century, encouraged by the Imperial household, Japan’s reputation for craftsmanship gained international recognition, with key craftsmen being represented in exhibitions across the world. This naturally coincided with significant technical developments and advancements in cloisonné enamelware, important examples of which are included in this collection, such as the vase with a cockerel, hen and chick design attributed to the Namikawa Sosuke (lot 81). The highlight of the group is an impressive silver elephant modelled as a koro (lot 90), which is beautifully juxtaposed against an 18th century lacquer okimono, also modelled as an elephant and signed Muchu-an haritsu (lot 22).

Only twenty-eight published prints are known to have survived from what has been dubbed the "first period" of Sharaku's nine-month long career. These prints provide an intimate and close-up up view of an actor, his identity revealed by his mon, in half-length portraying a character in a kabuki play. Sharaku is greatly admired for his ability to have rendered not only the depiction of fictional kabuki characters, but also a more in-depth and emotional interpretation of the actors themselves. In order to ensure that his subjects were in the spotlight, Sharaku placed them against a dark monochrome and mica-sprinkled background, their own virtual and two-dimensional stage. This sale showcases eight prints from Sharaku’s “first period”, depicting actor-characters from three different kabuki plays performed in the fifth month of 1794.

During the reign of William and Mary II, the grand houses of Europe acquired fine overglaze-enamelled porcelain from Japan, including those modelled as animals. These were exported from the Arita kilns via the Dutch East India Company and were often made in pairs. Such objects were highly sought-after objects of display and beautiful conversation pieces.

The sale includes several private collections of cloisonné enamel, which include many of the important artists and workshops of the late 19th century including Namikawa Sosuke, Namikawa Yasuyuki and the Ando Jubei studio. Significant technical discoveries into the techniques of enamel-making in the late 19th century led to important developments and achievements in the manufacturing of enamelware. This beautiful selection showcases a range of metal wire techniques, including yusen, shosen and musen, designs, forms and coloured grounds. 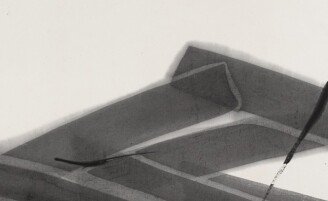