S otheby’s is pleased to present Cult Canvas – a selective online auction of ultra-rare and pristine artist created sneakers. Based on the notion that art has found a new medium of expression or ‘canvas,' each of the lots are carefully crafted examples that showcase incredible talent in design. The 8 items in this offering are among the most coveted examples desired by sneaker collectors worldwide. Sotheby’s is proud to have partnered with Ryan Chang and @applied.arts.nyc for this innovative exploration of this new form of expression. 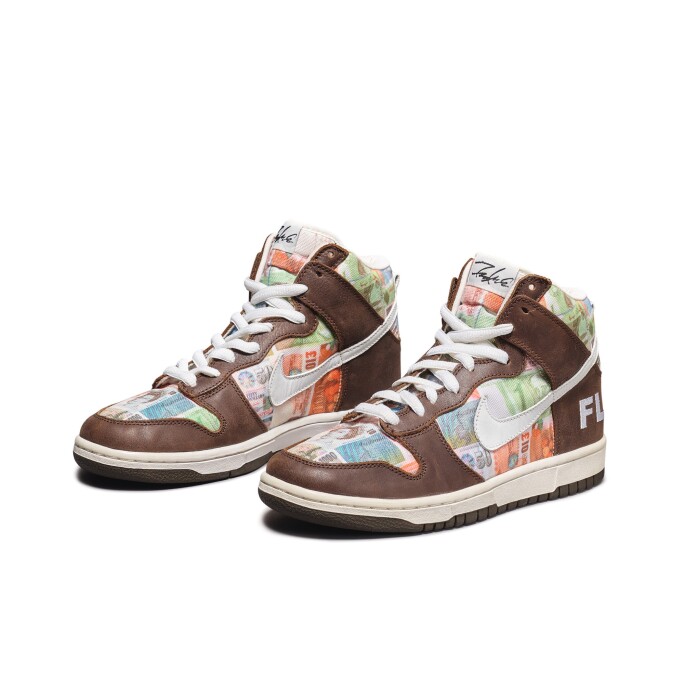 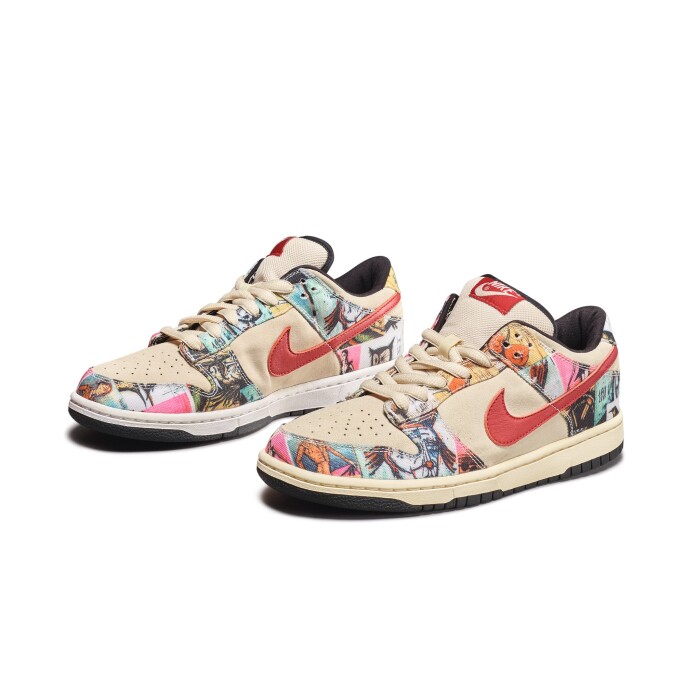 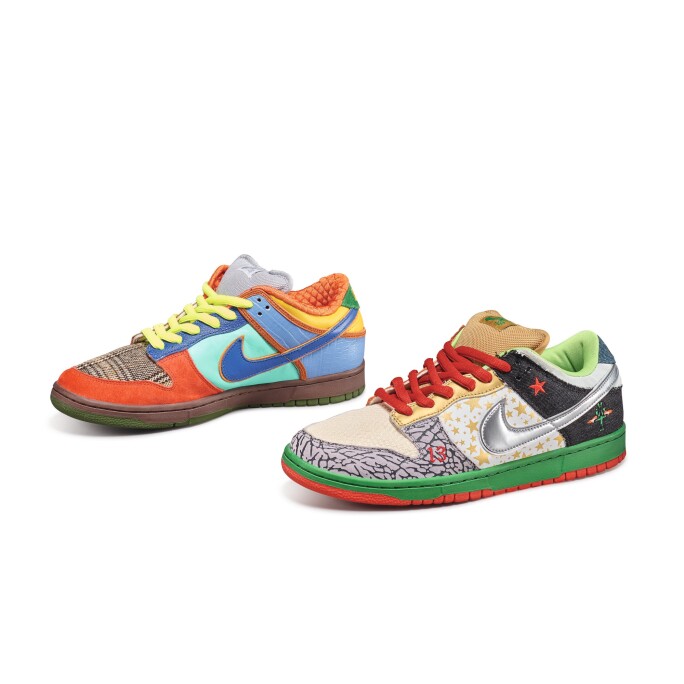 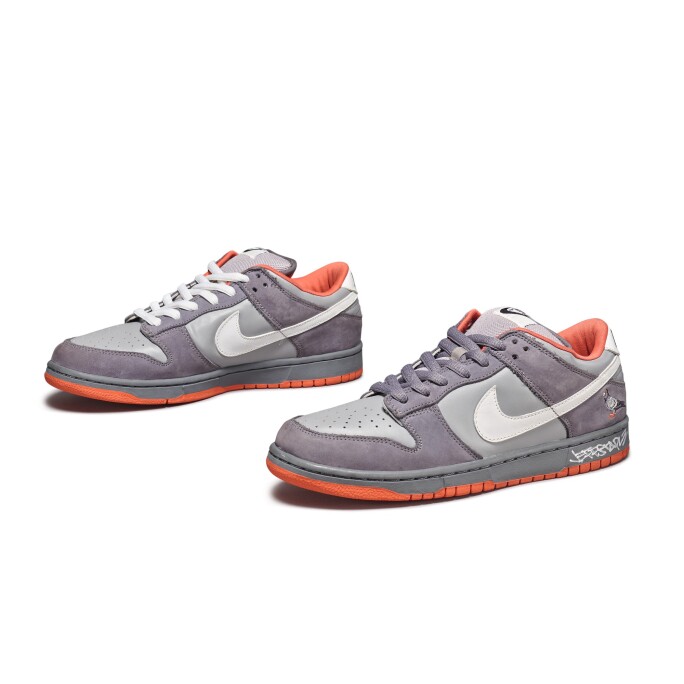 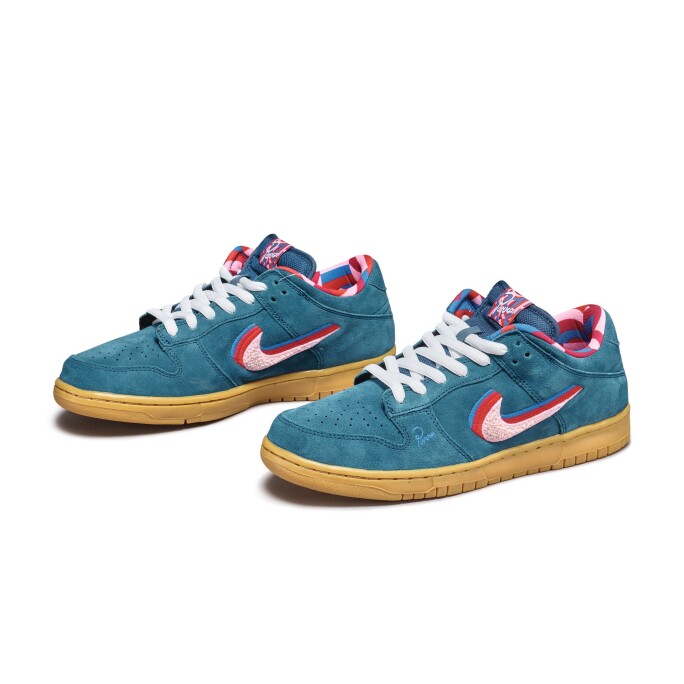 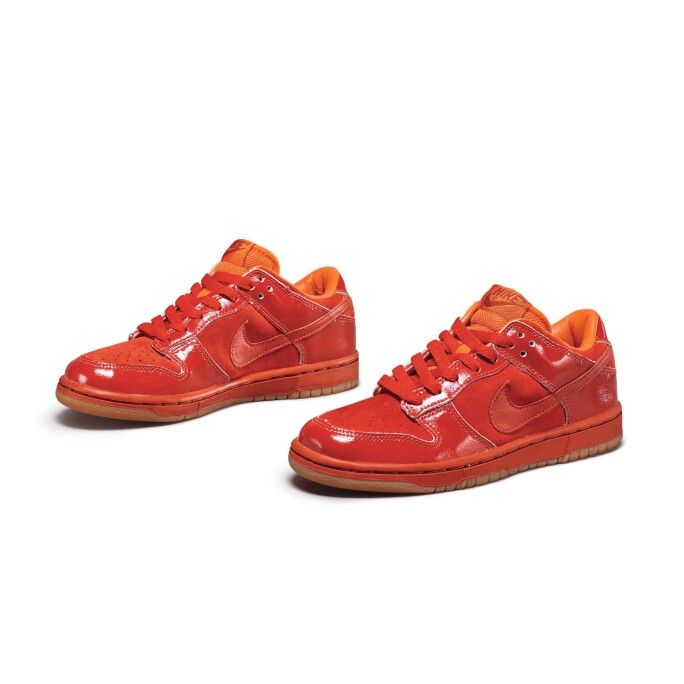 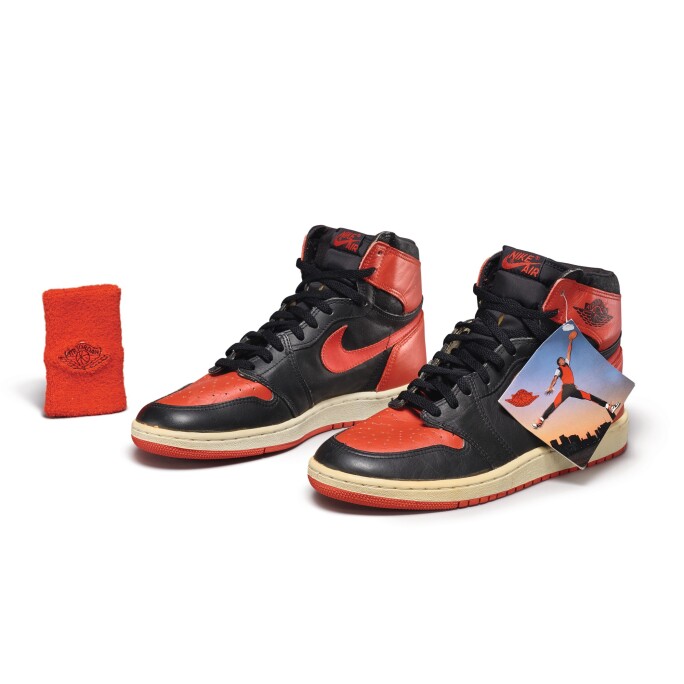 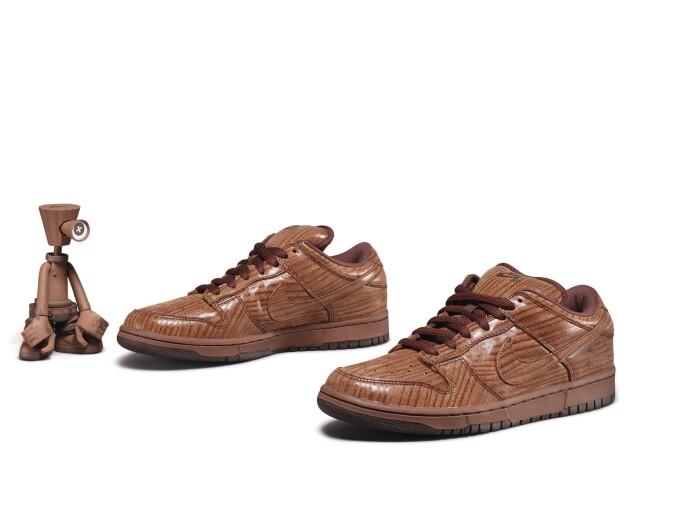 Highlights include the Production Test/Sample Paris Dunk Low, which is perhaps the most popular and recognizable Nike Dunk in existence. Production Tests/Samples are extremely rare production runs that are created before the regular release while Nike is testing various aspects of the design. Approximately 200 pairs of the regular release were made for Nike’s traveling White Dunk Exhibition in 2003, an exhibit that featured several extremely limited SB Dunks created for the tour’s host cities. This particular pair represents Paris and features canvas overlays that display the artwork of French painter Bernard Buffet. Sotheby's is thrilled to be offering this incredibly rare Production Test/Sample for auction, the first to be brought to market publicly.

Another incredible item includes the Futura (real name Leonard Hilton McGurr) Nike Dunk High ‘FLOM’, which is an acronym meaning “For Love Or Money.” Futura started his career in the 1970s tagging subway walls as Futura 2000, a nod to his favorite movie 2001: A Space Odyssey (Stanley Kubrick). Futura belongs to a notable group of artists that came out of New York City during this period, including Jean-Michel Basquiat, Keith Haring and Dondi White, all of whom exhibited at The Fun Gallery in the 80s. Futura is an admired illustrator, photographer, and fashion designer whose art touches many different spheres of public life.

This particular work encompasses a pattern that was created from different denominations of printed money. Only 24 were made.

Perhaps the most famous of the items on offer is the NYC ‘Pigeon’ Nike Dunk Low Signed by Jeff Staple. By many, this sneaker represents the birth of sneaker culture. Designed by Jeff Staple of Staple Design, the 2005 release of this sneaker was perhaps one of the wildest drops in Nike history. When release day came, a large line formed outside of Reed Space, Jeff’s Lower East Side storefront. The crowd grew so large that the New York City Police was called to keep things in order, and make sure that lucky purchasers were able to get home safely. The attention on the release made the cover of the New York Post, and to this day remains an extraordinary example of the power of streetwear hype.

The design itself is inspired by NYC pigeons, with an outsole that has a pigeon-foot like color. With only approximately 150 pairs ever produced, this pair – in exceptional condition – is made even more rare as it is signed by Jeff Staple himself.

Sotheby’s is excited to offer these examples, and more, in an exploration of the cross-section between design, sneakers, art and fashion.