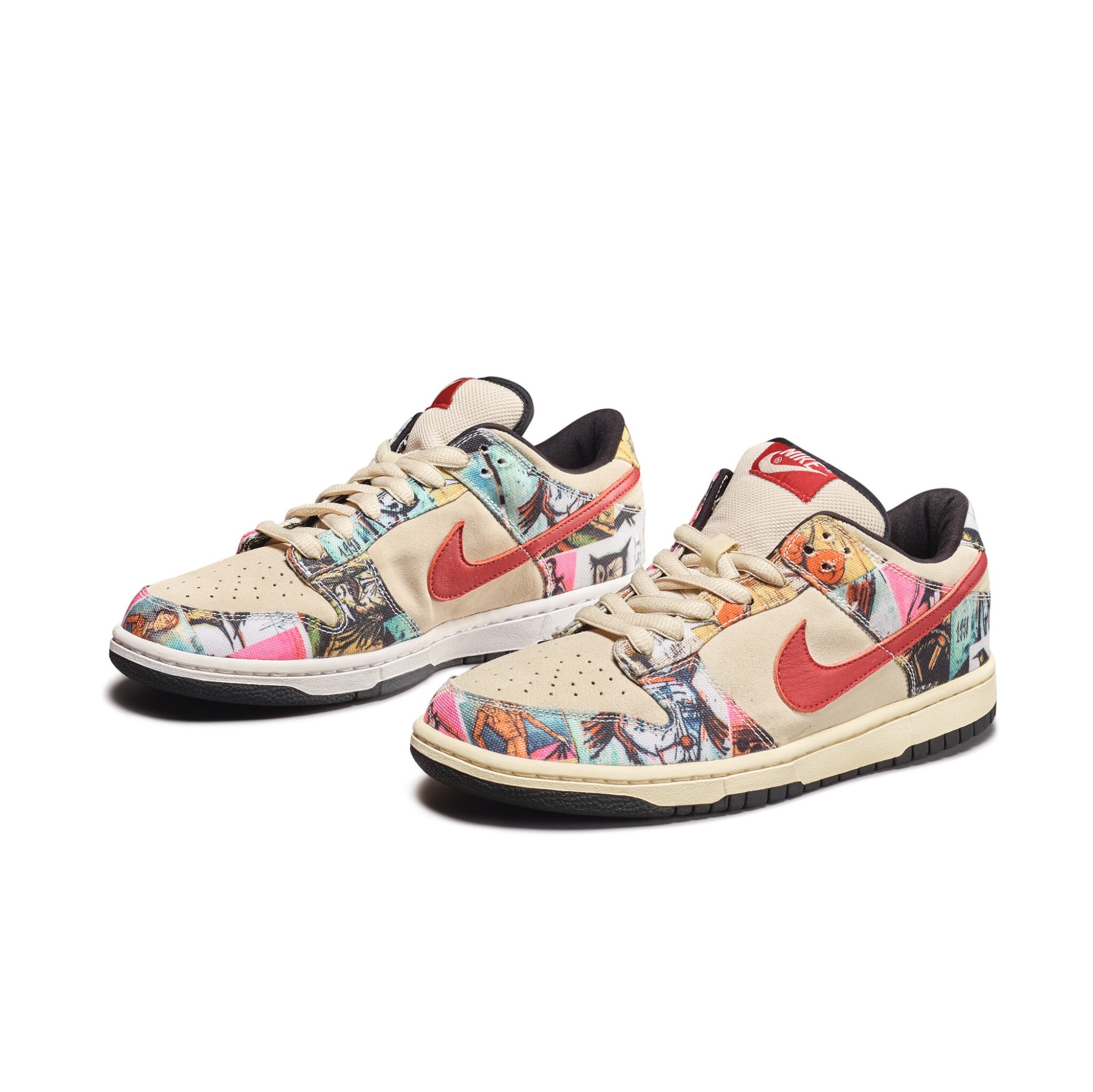 The sneakers are in deadstock condition, without any signs of wear. There is slight yellowing on the mid-sole of the left sneaker.

Perhaps the most popular and recognizable Nike Dunks in existence, this extremely rare pair is a Production Test/Sample of the famous ‘Paris’ SB Dunk. Production Test/Samples are extremely rare production runs that are created before the regular release while Nike is testing various aspects of the design. Approximately 200 pairs of the regular release were made for Nike’s traveling White Dunk Exhibition in 2003, an exhibit that featured several extremely limited SB Dunks created for the tour’s host cities. This pair in ‘Rope/Special Cardinal’ colors (utilizing tan-suede) represents Paris and features canvas overlays containing the artwork of French painter Bernard Buffet.

Born in Paris in 1928, Bernard Buffet was a prolific French expressionist painter who is best remembered as a bold rejector of abstract painting and part of the anti-abstraction group L'homme Témoin, which campaigned for the importance of representational art during a time when abstraction was a key trend throughout the art world. His some 8,000 works cover a plethora of concepts throughout art history including death, sex, politics and pop culture. Mr. Buffet was inducted into the Académie des Beaux-Arts in 1974.

As the canvas on each pair was cut differently, each pair of Paris SB Dunks is unique. Perhaps the most desirable elements were Buffet’s clown and ballerina, which are both represented on this pair, but absent in many others.

These Dunks are extraordinarily unusual as they are a production sample, making them far more rare than the regular release.