The sale showcases works ranging from the early Futurism to the present day, spanning across decades with a refined array of Italian and international artists. Coming from distinguished private collections, the sale will provide an historical context in which to offer the most well-established artists from the post war years such as Alberto Burri, Alighiero Boetti, Domenico Gnoli, Josef Albers, Lucio Fontana and Gino Severini, as well as a platform to present works by contemporary artists coming from Italian Collections, such as Elisabeth Peyton, Peter Halley, Robert Indiana, Christo and Magdalena Abakanowicz to name a few.

Scroll through for more artworks. 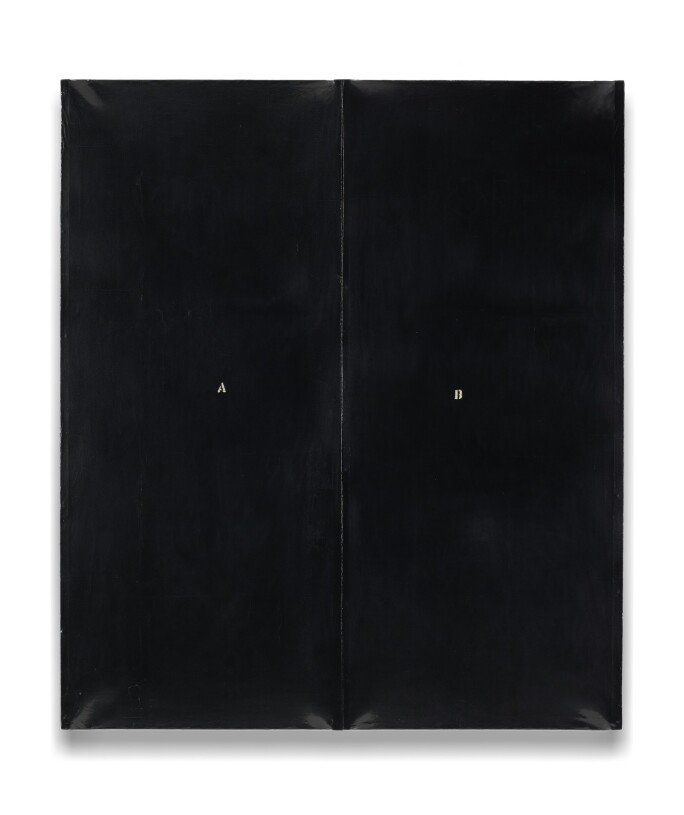 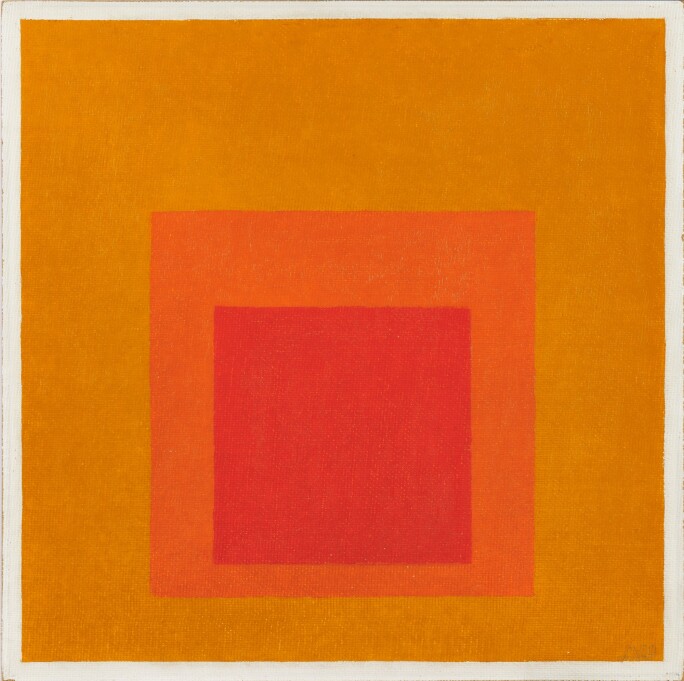 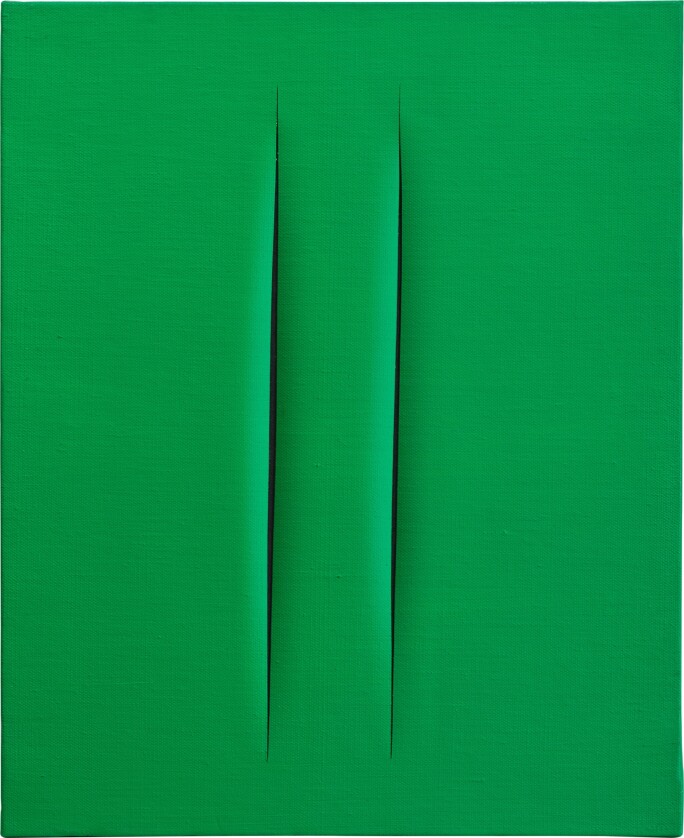 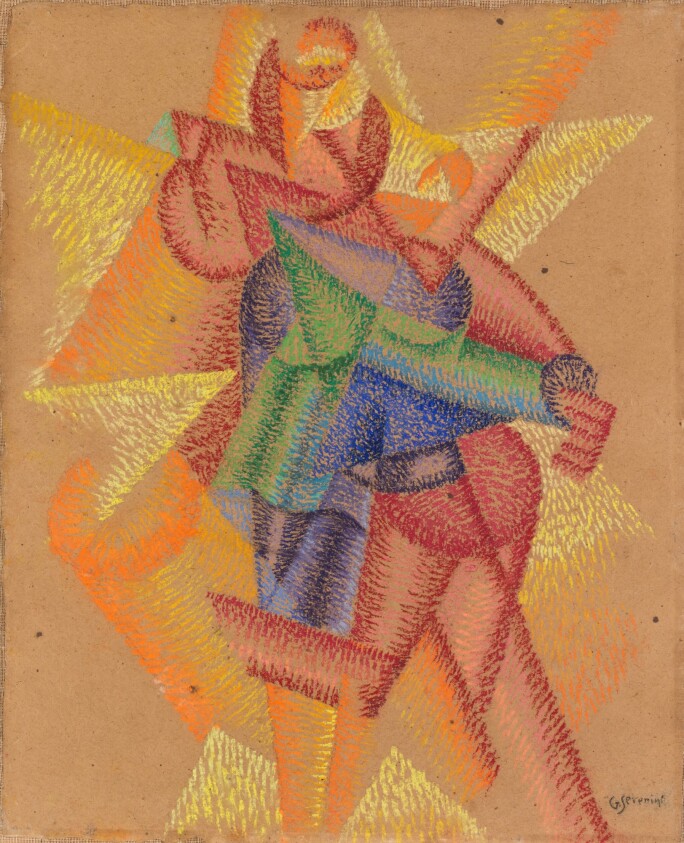 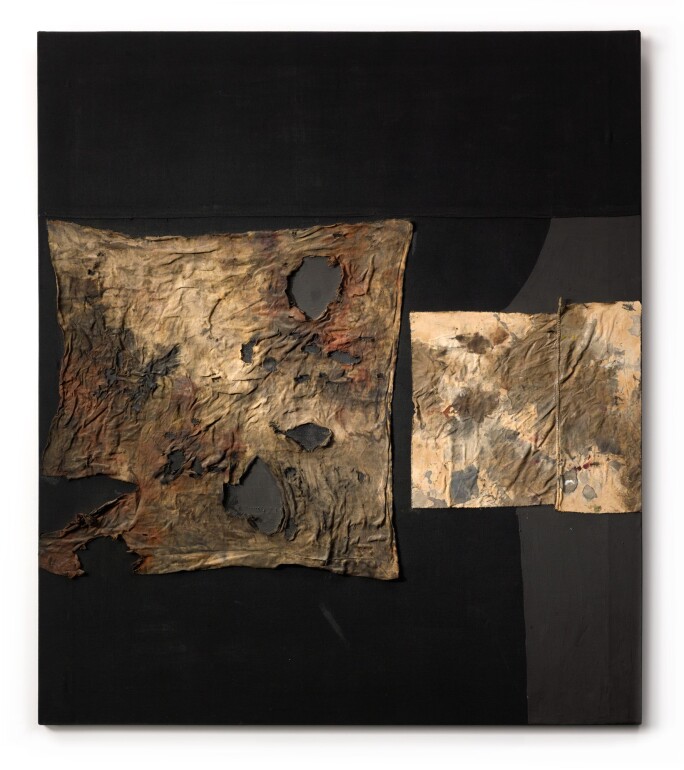 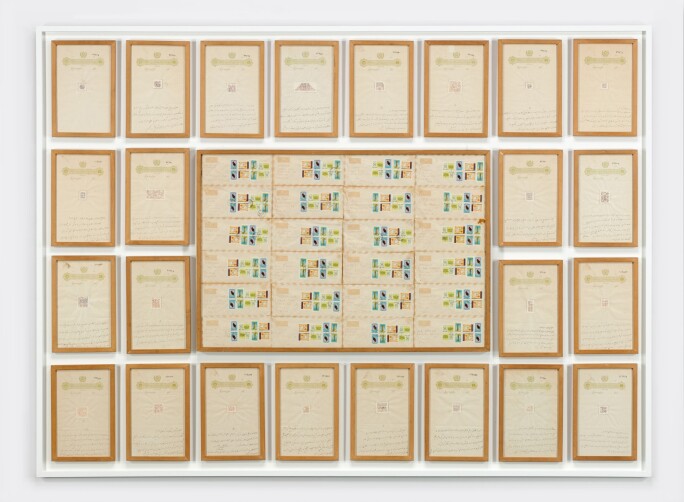 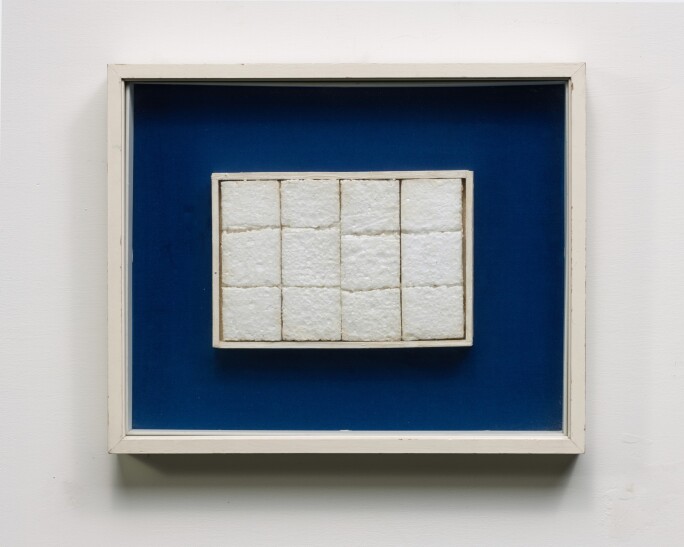 The fascination around Christo and Jeanne-Claude legendary figures endures after the two major sales held in Sotheby’s Paris and the extraordinary wrapping of the Arc de Triomphe which touched and moved all Christo admirers around the world.

Among Christo and Jeanne-Claude's most famous series, Yellow Store Front (Project from Merrin Paint Co.) and Wrapped Magazine contribute significantly to an era in which many artists were challenging the concept of space and the construction of the artwork as something more multifaceted. The Store Fronts give the idea of a real commercial space, but closed by the always-covered windows. Unique and pioneering, this series recalls the notorious Wrapped works, with their façade being sealed and impenetrable. Christo used to appropriate everyday objects and to wrap them, challenging their ordinary appearance. This was just the beginning of a distinguished and prolific artistic career where the transformation of everyday objects would become the duo’s central theme. 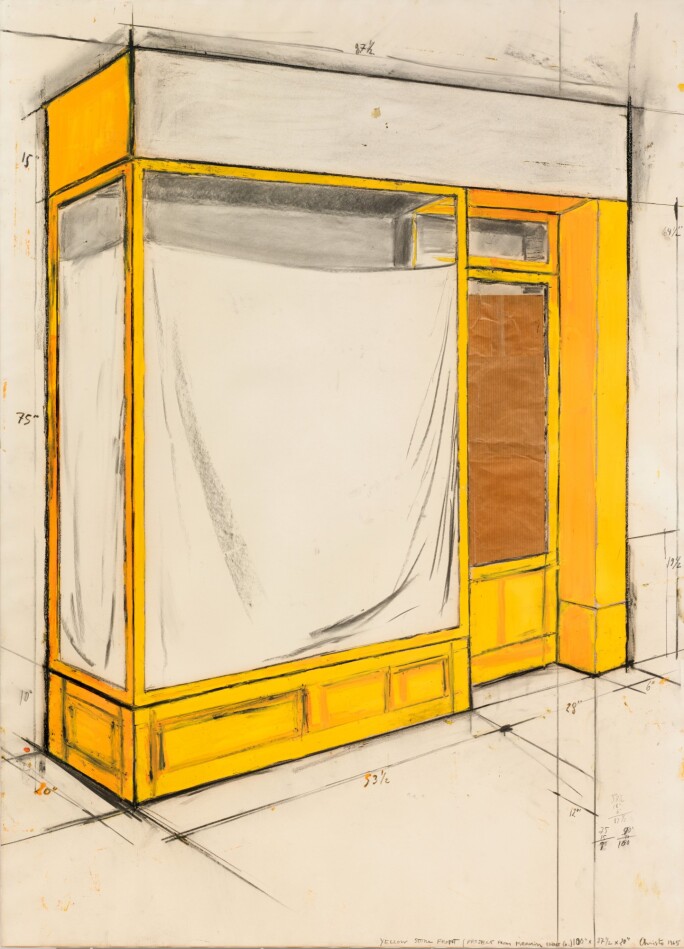 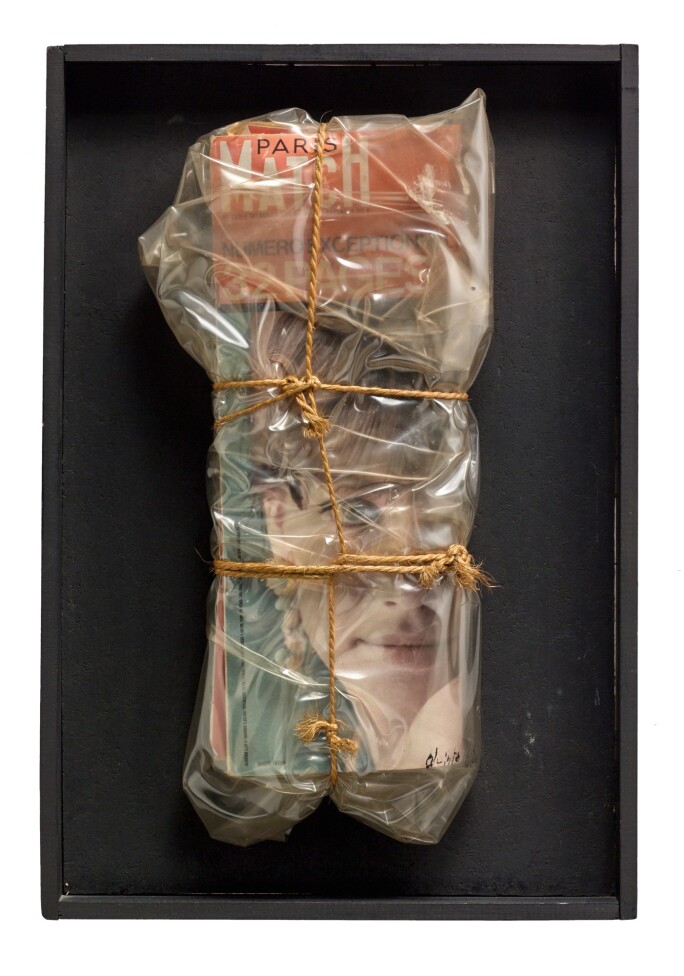 Lavoro Postale was created in 1973 with twenty-four interventions, twenty-four letters written by close friend of the artist Dastaghir and twenty-four envelopes addressed to the young Turinese gallery owner Gian Enzo Sperone. The composition is, at first glance, visually balanced and harmonious; however, as we approach it physically and delve into it conceptually, we perceive a dizzying sense of disorder and randomness, a dizziness fed both by the randomness that gave rise to the "collective" creative process, as well as by the mystery generated by the artist's interventions and by the contents hidden inside each envelope.

Dastaghir's personal reflections contained in these letters, apparently unrelated to each other, are, on the contrary, capable of composing a wonderful mosaic and offer a sincere and real insight into a country frozen in time, on the eve of the Soviet invasion that will inexorably drive everyone away in 1979.

"Write what you want but don't write lies," Alighiero intimated before beginning. Indeed he followed his friend’s advice. “"From my point of view, whoever buys these letters is a fool”, Dastaghir notes with innocent perplexity.

As on a sort of year-zero of painting, Mario Schifano interprets his personal Malevich black square, bringing to the surface two solitary alphabetical letters, as a new beginning that connects minimalism to the emerging pop figuration. This double screen embraces the viewer with his projecting angles and conduct him inside a space of pure non-colour.

Cartello is one of the masterpieces from the Sixties by Mario Schifano. It testifies the climate of a city, Rome, ambivalent in its being provincial and at the same time an international reference for foreign artists such as Cy Twombly, Robert Rauschenberg and Willem de Kooning. Forge of ideas, home to brilliant artists who somehow helped Italy to get out of the cultural numbness caused by the fate of the Second World War. In this climate, Mario Schifano distinguished himself as an artist sui generis: solitary, but also extremely active, he met America and had the opportunity to get in touch with an artistic environment then more conceptually than geographically far from the European one and gained in little time the consent of the international criticism.

In this complex contest, of frenetic cultural evolution, Cartello represents the stylistic code defined as signage by Schifano. The absence of figuration could make one think of an informal painting, but Schifano had already surpassed any artistic label born in those years. The work in some way testifies his lifestyle, an obvious lack of money that led him to use few materials but at the same time succeeding in representing an idea through few gestures. An essentially monochromatic, imposing work that catalyses the viewer's attention from the very first moment. The numerous intentionally desired colour leaks represent the energetic force with which Schifano uses colour, making it extremely expressive. The layers of paper are overlaid with ease without using glue. On the surface an A and a B, as if we had two carriageways in front of a newly paved Roman road. A work that in its simplicity allows us to think of endless questions and to find as many answers. An Aut Aut, Schifano gives us the opportunity to turn right or left but always under his guidance, in a path that will last another thirty years. 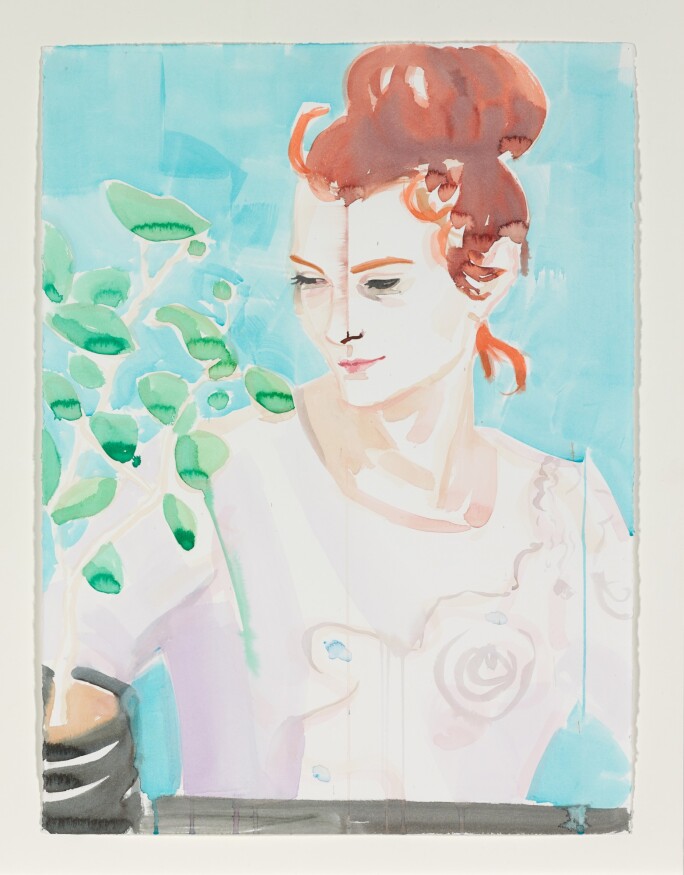 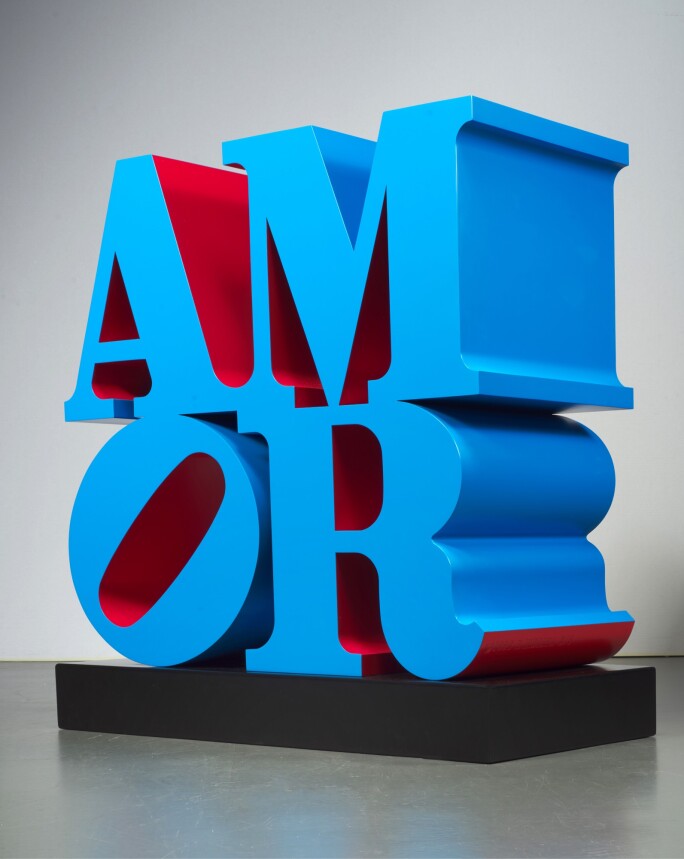 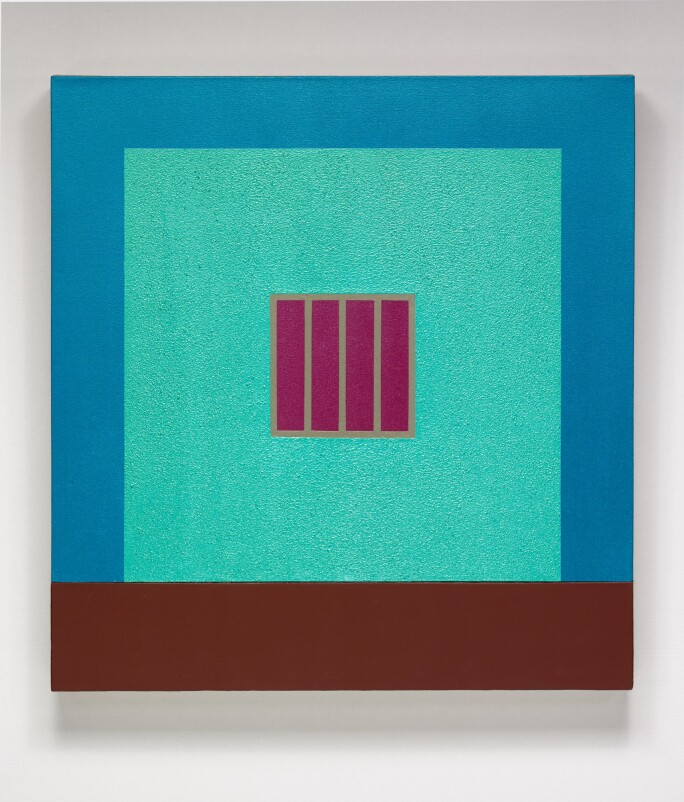 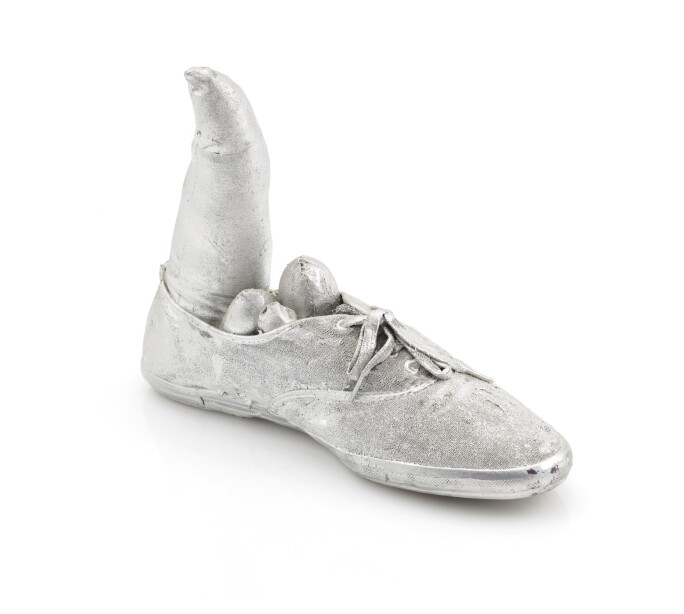 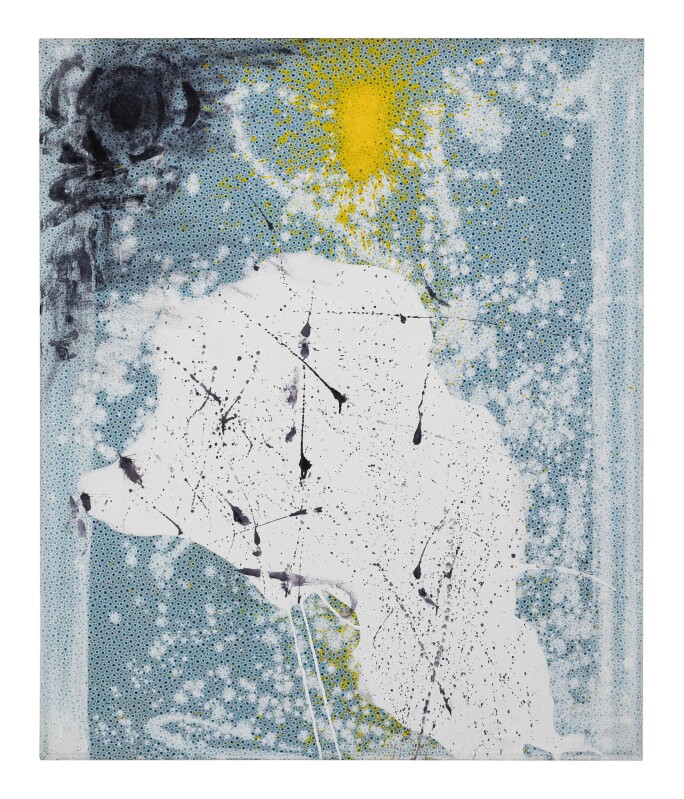 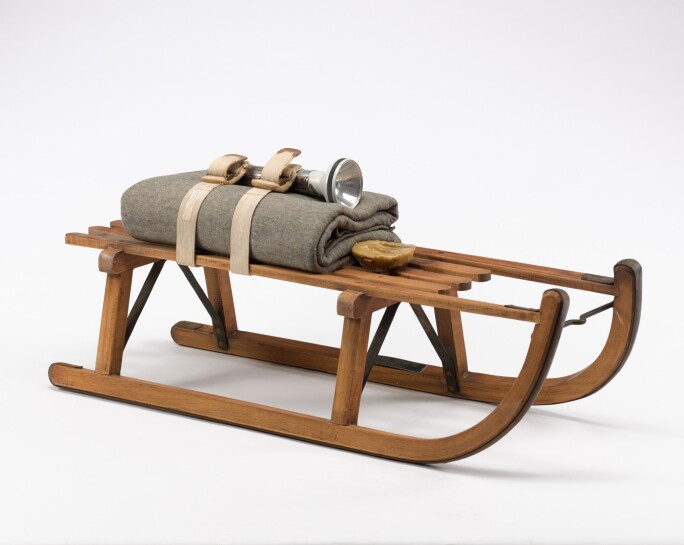 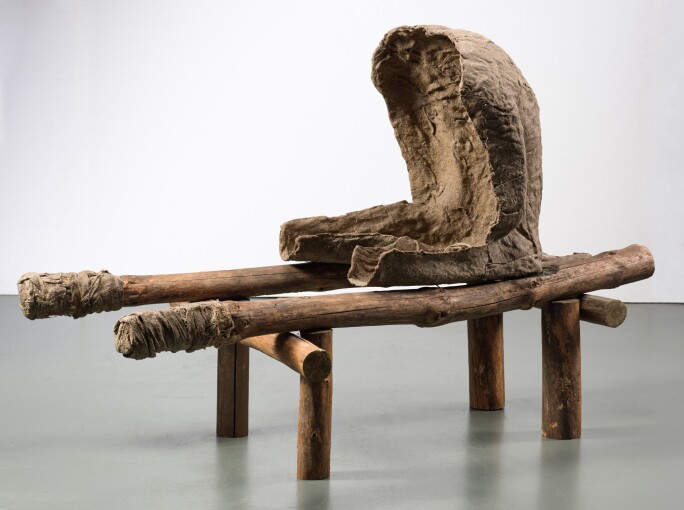