S otheby’s American Art sale on 11 December features an exceptional group of paintings, works on paper and sculpture by some of the most celebrated American artists of the nineteenth and twentieth centuries. Among the highlights are nine works from the Collection of Carolyn & Roger Horchow, led by Edward Hopper’s Gloucester Factor and House from 1924. Additionally, the sale features two exceptional watercolors by Winslow Homer, Two Girls on the Beach, Tynemouth and In the Rapids, each from a different period in the artist’s career. Also highlighting the sale is a highly significant and rare painting by Emanuel Leutze, Columbus’ First Landing in America, one of only six works this celebrated artist painted on the subject of Christopher Columbus. We are also proud to present Milton Avery’s Mender from the Collection of Ezra and Cecile Zilkha, a monumental Janet Scudder sculpture sold to benefit The Cleveland Museum of Art and Gari Melcher’s Winter offered by the heirs of the Rudolph Mosse Estate sold to benefit the Mosse Art Restitution Project. 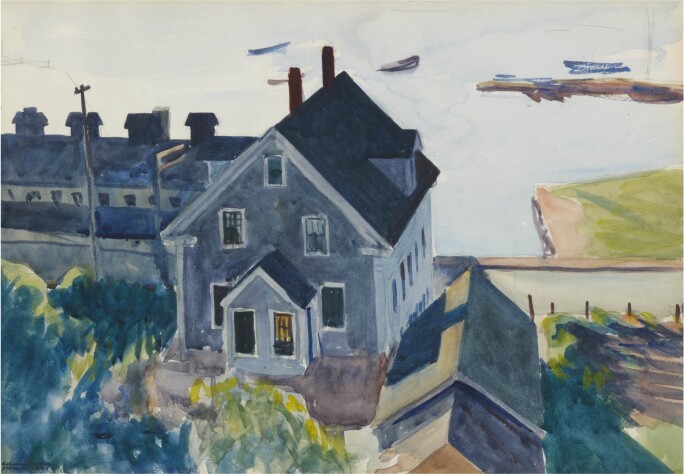 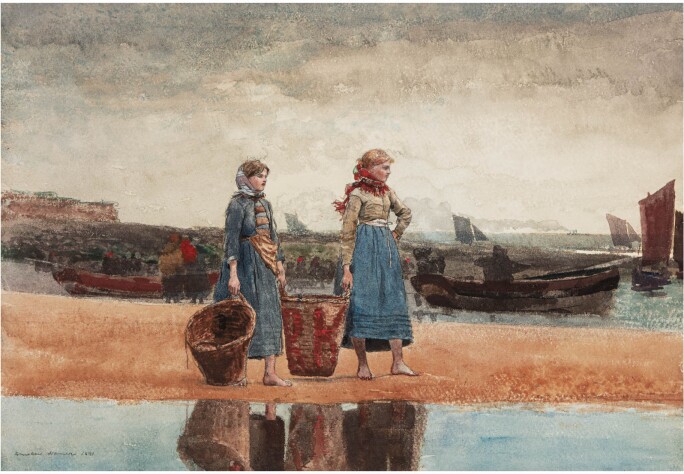 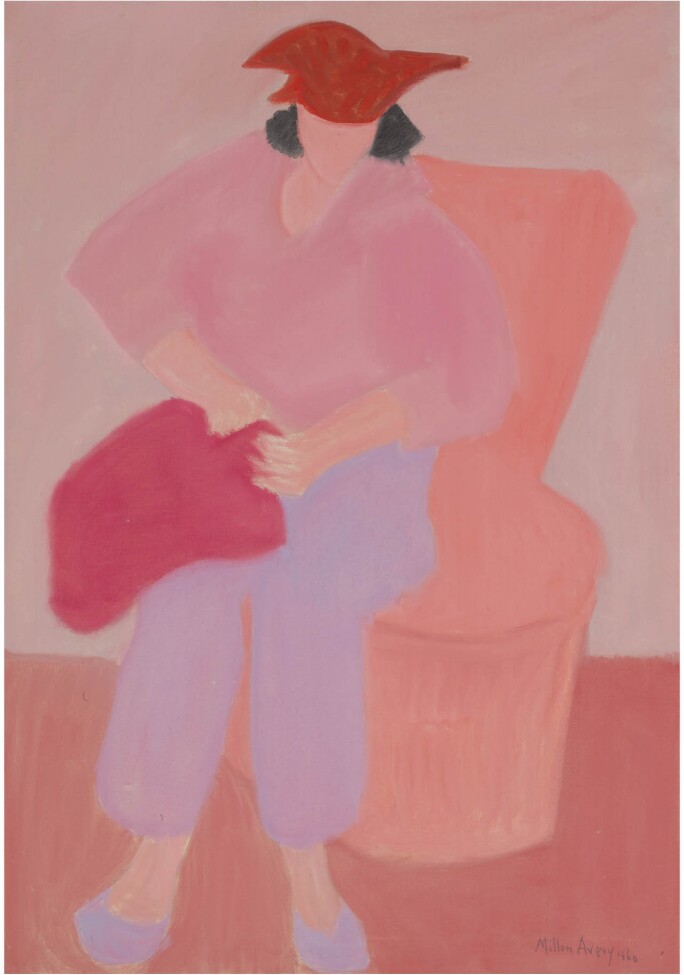 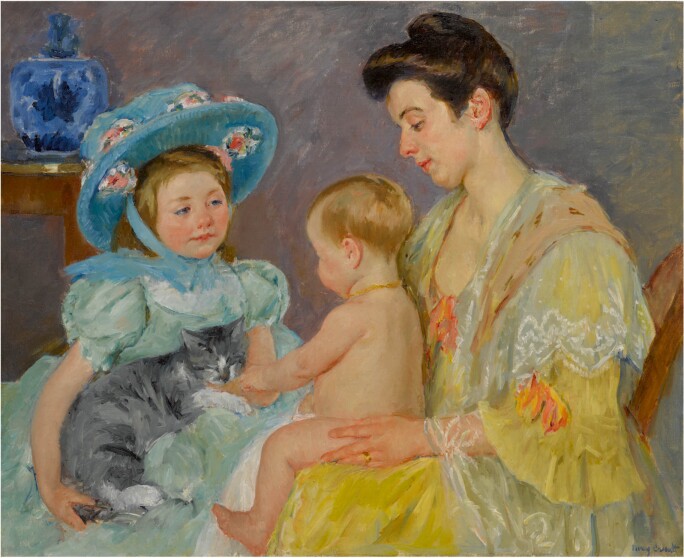 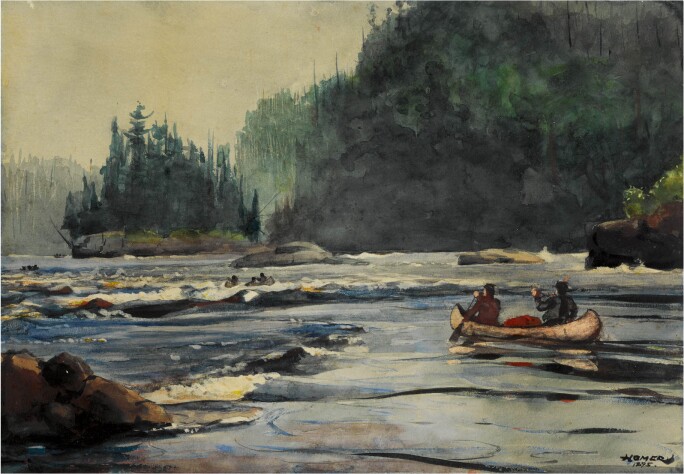 Anatomy of an Artwork: Henry Koerner Subverts Reality in The Rosebush 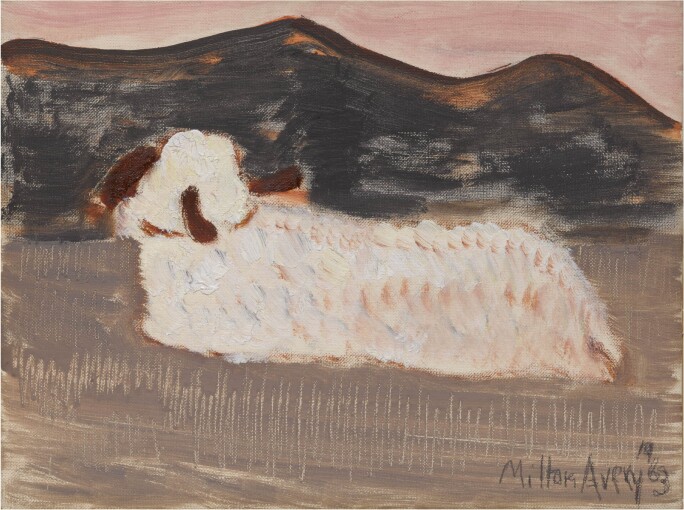 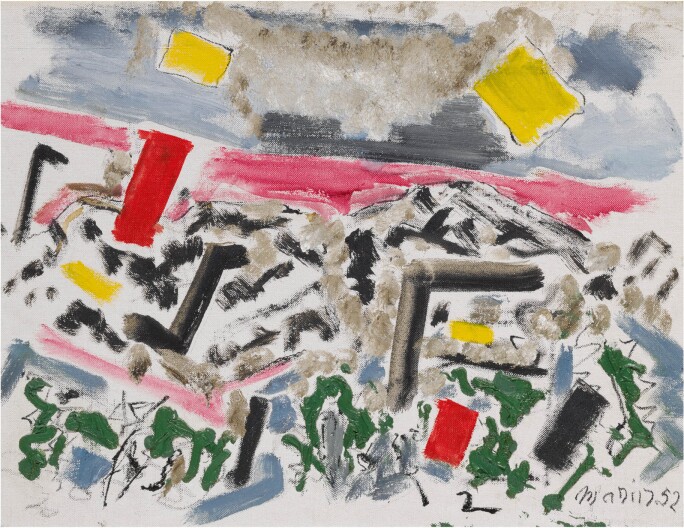 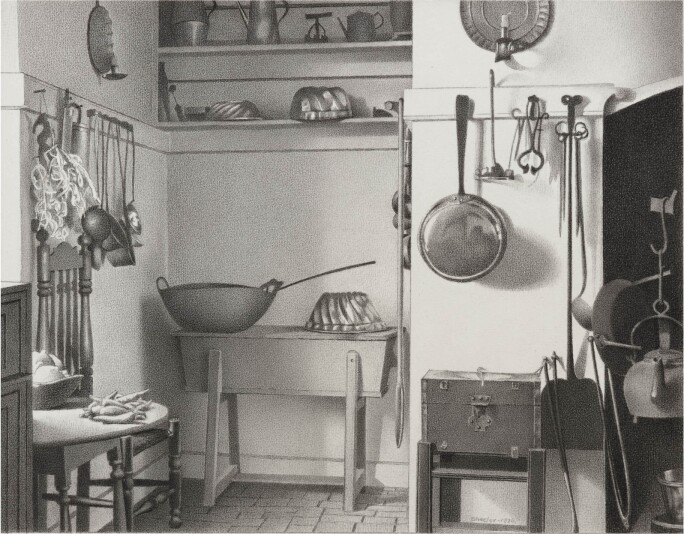 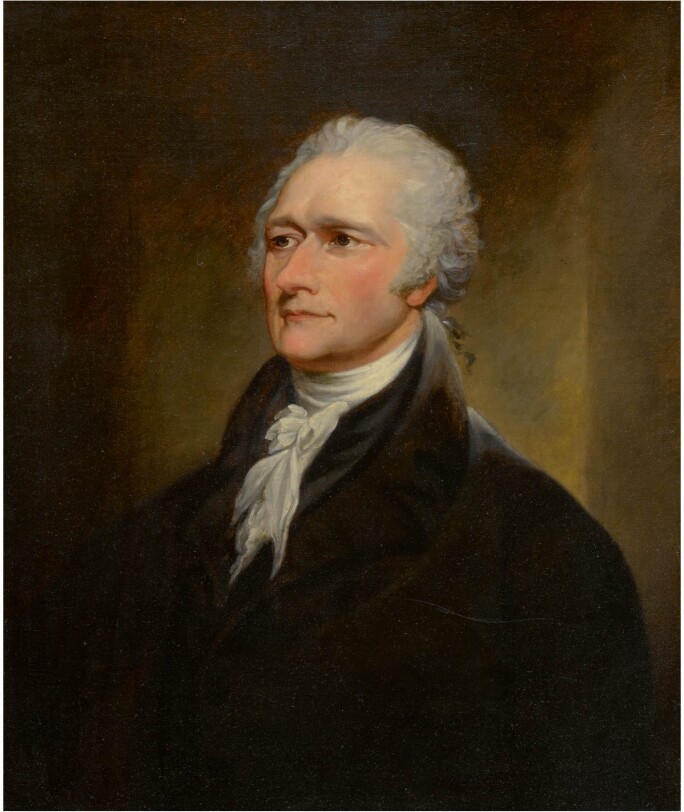 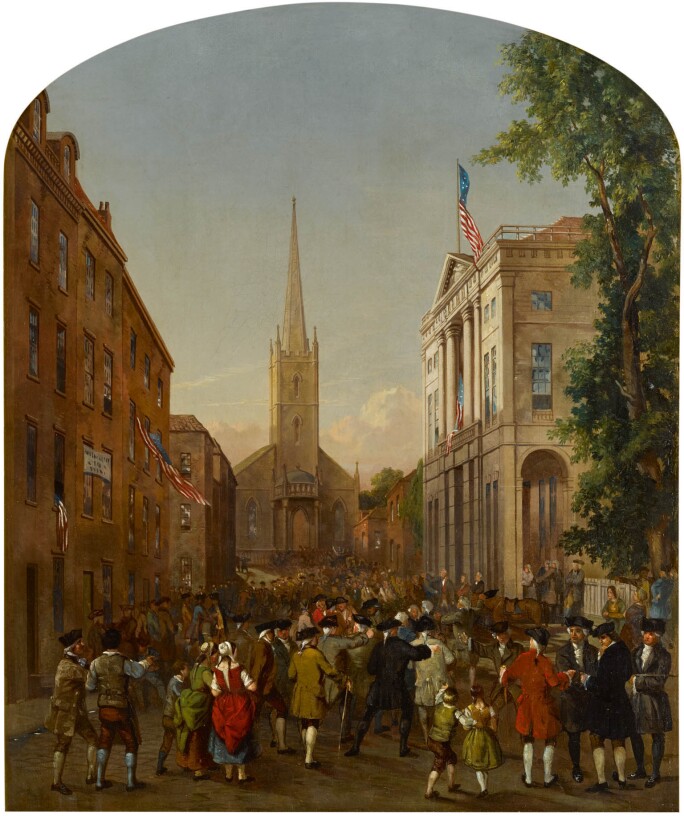 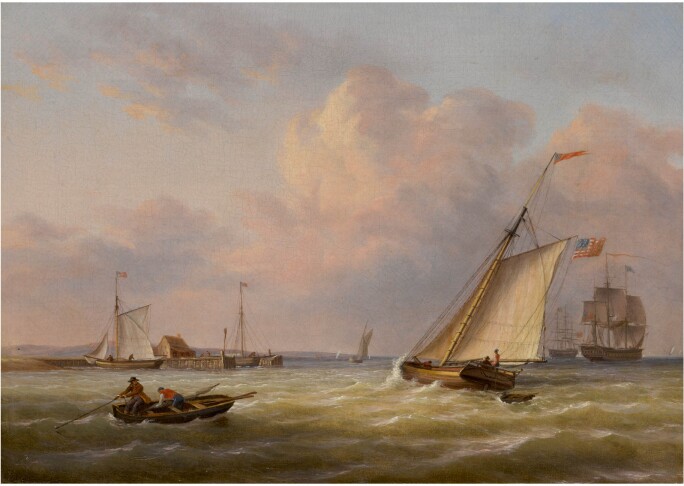 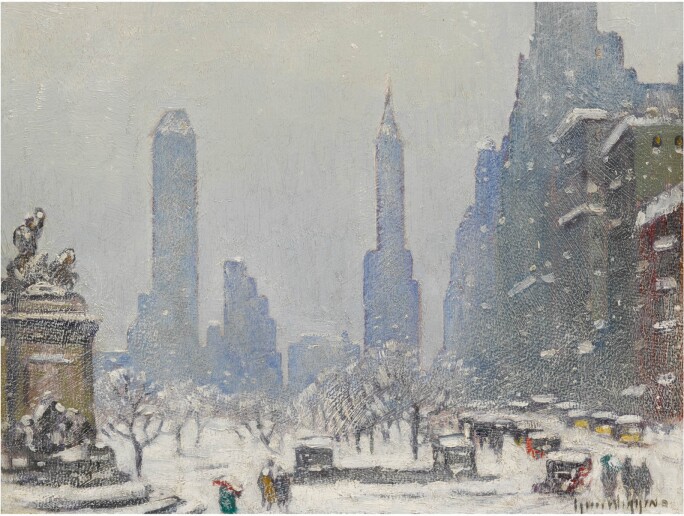 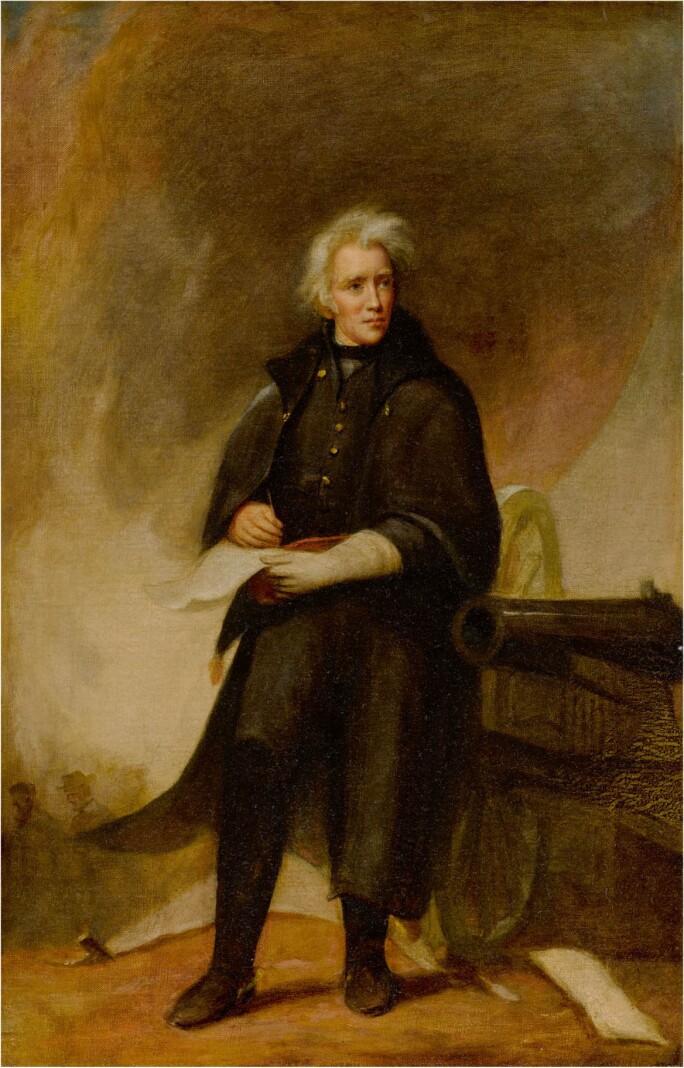 Gari Melchers, esteemed American painter and son of German-born American sculptor Julius Theodore Melchers, painted Winter in the late 1880s. In 1900, Rudolf Mosse, a German publisher (operating the well-known Berliner Tageblatt publishing company), philanthropist and avid art collector, purchased the work at the Great Berlin Art Exhibition. While Mr. Mosse died in 1920, the painting remained in his family – that is, until the onset of the Nazi regime. The Mosse family was Jewish and, facing eminent persecution, were forced to flee Berlin – leaving behind their vast trove of art. In 1933, Nazis confiscated the Mosses’ property, including Gari Melchers's Winter.

In 1934, Bartlett Arkell – American industrialist and co-founder of The Arkell Museum – purchased the work from a New York City art gallery. The work was part of his personal collection for many years, before becoming part of the museum collection. In 2019, an FBI investigation determined the true provenance of the artwork, and the painting was returned to its rightful owners.

Now, Winter – a transcendent painting with a harrowing history – comes to auction for the first time, offered by the heirs to the Rudolph Mosse Estate sold to benefit the Mosse Art Restitution Project. 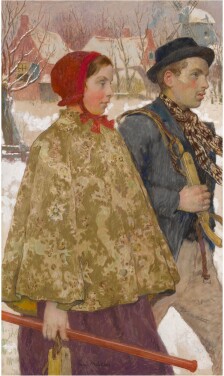