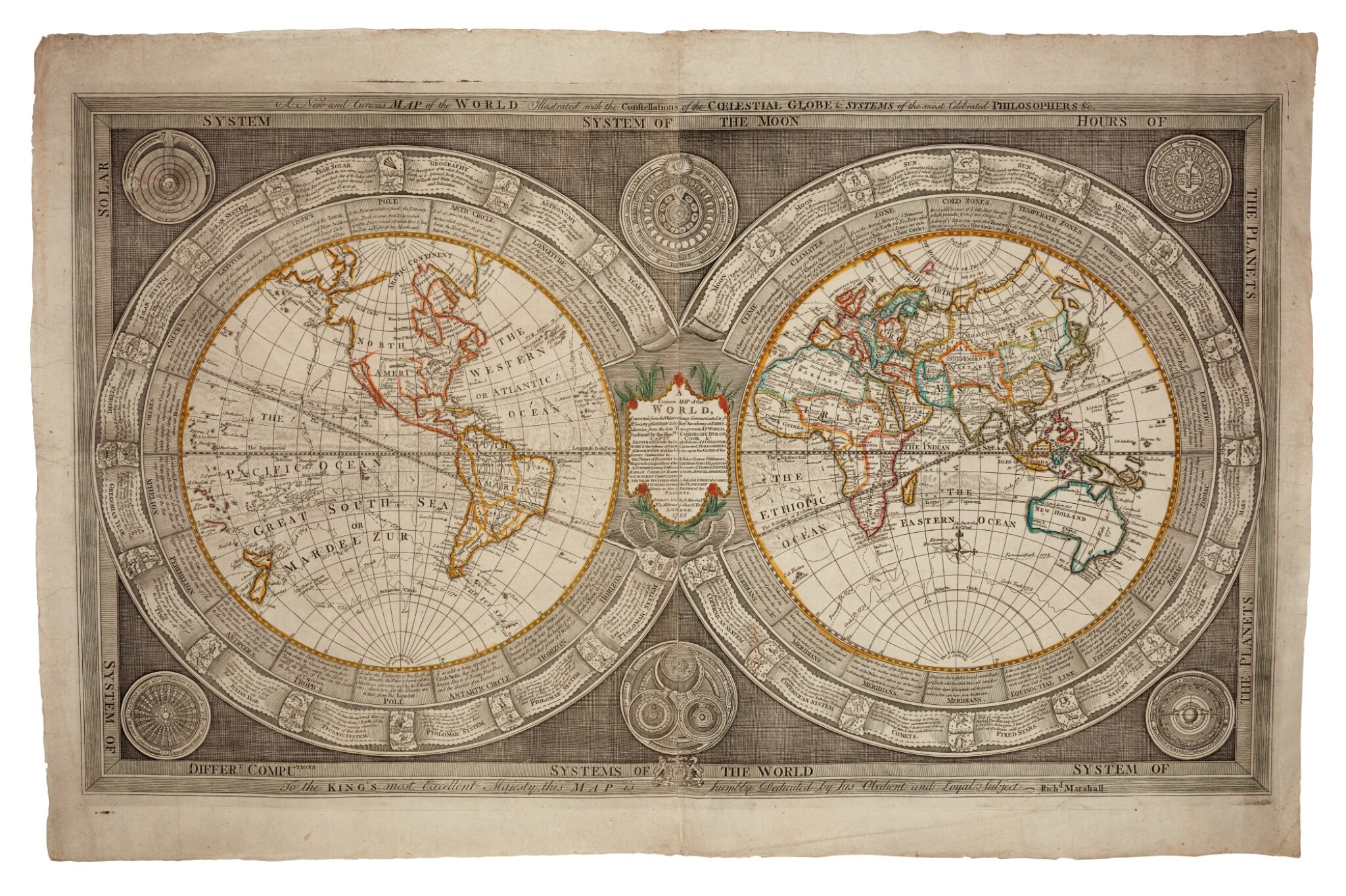 A Curious map of the world corrected from the observations communicated to ye Rl. Society of London & the Royl. Accademy at Paris. Likewise from the late voyage round ye world, performed by the Honble. Comodore Byron Captn. Cook etc. London: John, James & Eleanor Marshall, 1785

A large world map with each sphere bordered with scientific facts and theories, and with astronomical diagrams in further spheres in the corners and cusps. The map itself is notable for showing both Hawaii and the Bering Strait, resulting from Captain Cook's third voyage (1776-1769), yet still depicting California as an island.

The map was originally issued circa 1770 by Richard Marshall, a printer known for re-issuing Christopher Saxton's Elizabethan county maps in partnership with Cluer Dicey. This example is dated two years after Richard's death, when his widow Eleanor and two sons, James and John, ran the business.

The VAT symbol on this lot has been removed because the property is free from VAT and Sotheby’s will not charge VAT on the Hammer Price, the Buyer’s Premium or the Overhead Premium.