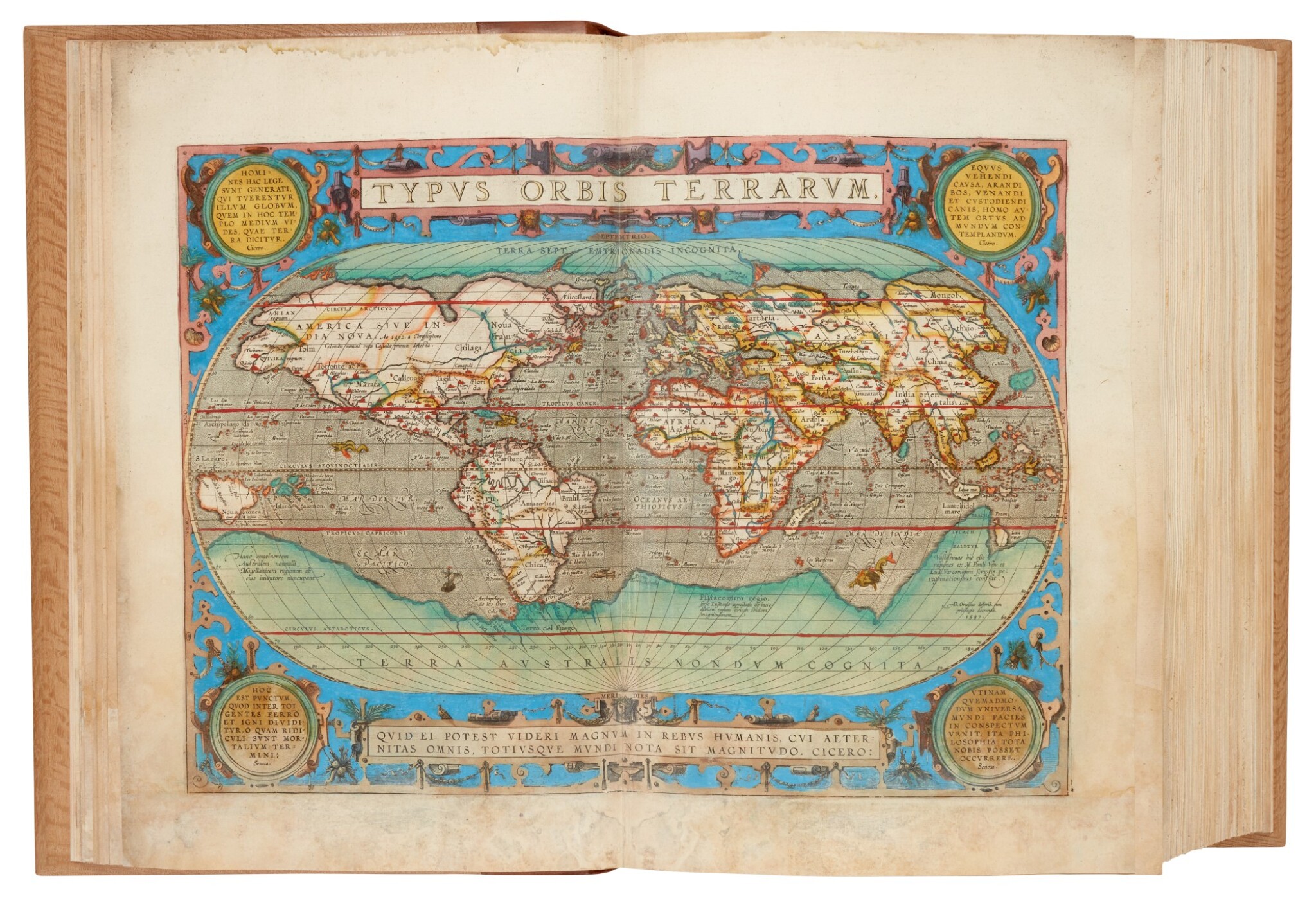 A FINELY COLOURED COPY, by one of the most influential cartographers of the 16th century.

The Theatrum is widely recognised as the first modern atlas, which came to shape the future of cartography. "Shape and contents set the standards for later atlases, when the centre of the map-trade moved from Antwerp to Amsterdam. The characteristic feature of the Theatrum is, that it consists of two elements, forming part of a unitary whole: text and maps. This concept for a 'Theatre of the world' was followed through the 17th century. Before Ortelius no one had done this" (Koeman). The appended "Catalogus auctorum" is a unique source of names of contemporary cartographers, some of whom would otherwise have remained obscure.