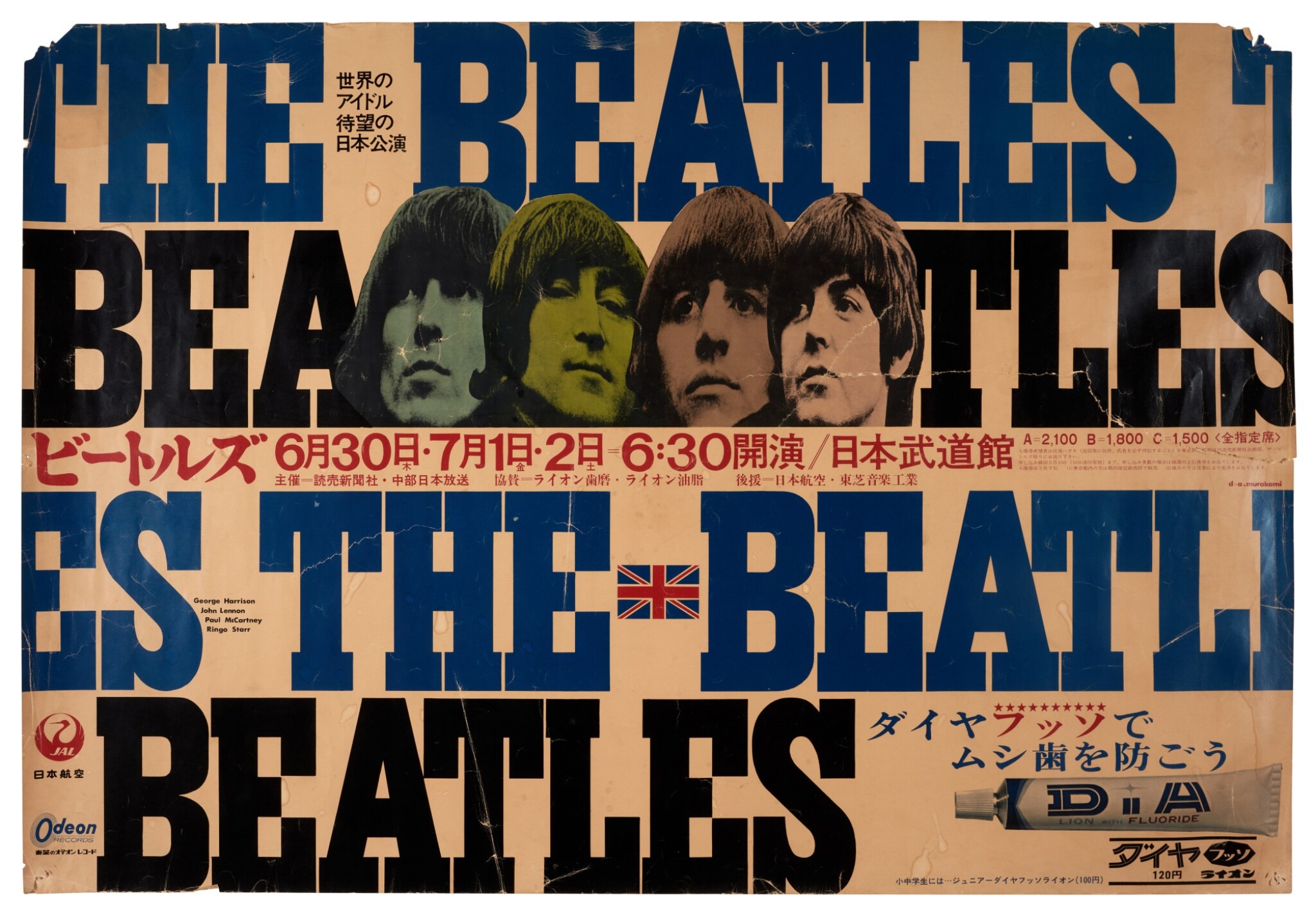 In the summer of 1966, the Beatles began a tour of Germany, Japan and the Philippines. It was the first stage of a world tour which would conclude in the band’s final tour of the US in August. The tour signalled a shift in Beatlemania and for the first-time police force was used to control the fan hysteria. Beatlemania became the symbol for rock’n’roll as a divisive social issue for liberals and conservatives.

The atmosphere was tense when the band arrived in Haneda airport, Japan, set to play five shows at the Nippon Budokan Hall in Tokyo. A historic and sacred temple, the Budokan was traditionally used for martial arts. The traditionalists in Japan were outraged. There were protests from ultranationalist students and the Beatles received multiple death threats. The Japanese authorities took these very seriously.

“We went on to Tokyo. When we came off the plane, we were put in little 1940s-type cars along with policeman dressed in metal helmets, like Second World War American soldiers’ helmets. We were driven in convoy into town and taken to the Tokyo Hilton where we were put in our upstairs suite – and that was it. We were only allowed out of the room when it was time for the concert.” George Harrison

35,000 uniformed officers were employed the protect the band and line the route that the Beatles took from the airport to the hotel to the Budokan. For reference, a similar number of uniformed officers had been employed during Japan’s 1964 Olympic Games. The price of the ticket was double that of any previous visiting music act in Japan. Each of the shows was seen by 10,000 fans, with heavy police presence in the venue. Ringo describes:

“The audience was very subdued. If you look at the footage from the shows you’ll see a cop on every row. They’d all get excited in their seats as we were playing, but they couldn’t express it.” Ringo Starr

The police presence and the subdued nature of the audience meant that unusually and for the first time in a while The Beatles were able to actually hear themselves play. A few weaknesses were exposed, and the slightly humbled Beatles quickly resolved to address their tuning issues for the next concerts. Neil Aspinall recalls:

“For the first time in a long while the audience could hear. There was no loud screaming, which came as a surprise: the band suddenly realised they were out of tune and they had to get their act together. The second show was pretty good – they had got it together by then – but the first one, in the afternoon, was a bit of a shock.”

The concerts were filmed and broadcast on local television. The Beatles, newly made MBEs served as cultural ambassadors on the trip to Japan and although they were confined the their hotel rooms for the majority of the stay due to security threats, the British Ambassador for Japan concluded in a report:

“In sober truth, no recent event connected with the UK – apart from the sole exception of the British Exhibition of 1965 – has made a comparable impact on Tokyo … Most commentators accepted them for what indeed they are – agreeable, talented and quick-witted young musicians.” (Michael Stewart)

Japan remained a warm place in the hearts of the Beatles. Lennon returned throughout the 70s with Yoko Ono, Harrison performed one of only two solo tours in Japan, and McCartney and Starr regularly continue to tour. The Budokan has become one of Tokyo’s main musical venues achieving a “quasi-sacred status in rock mythology” (Steve McClure).