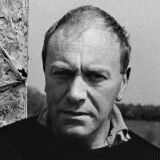 Works by Lynn Chadwick at Sotheby's 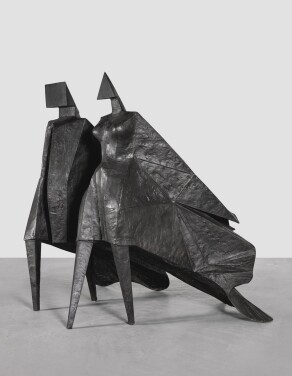 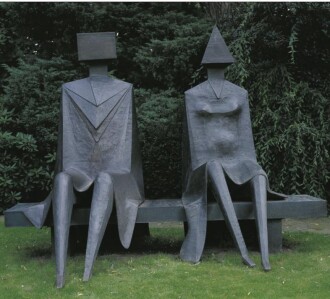 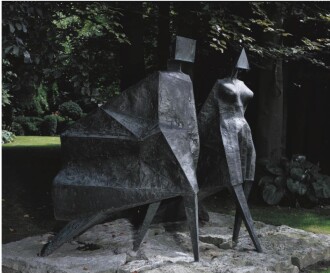 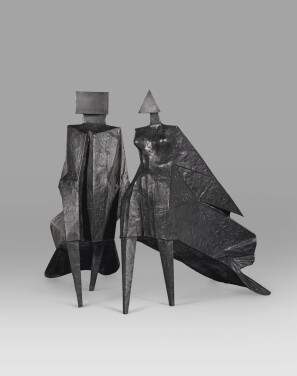 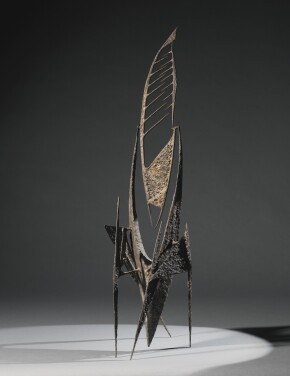 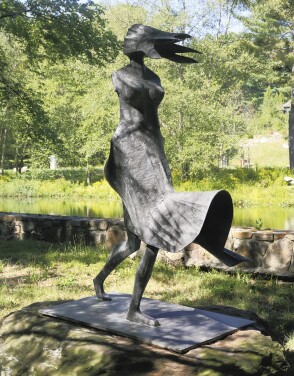 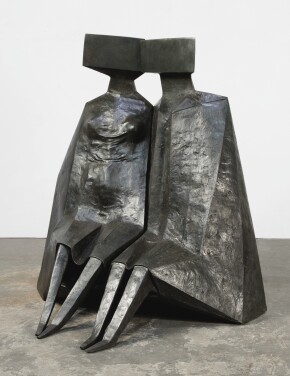 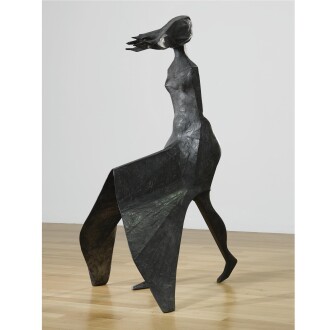 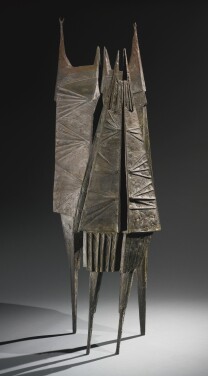 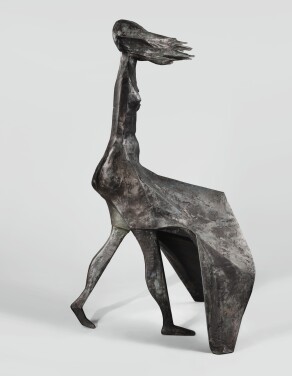 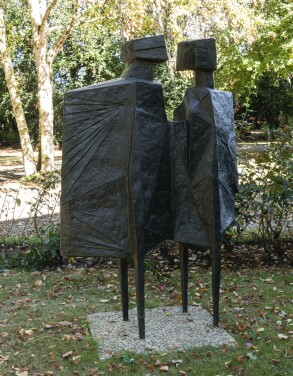 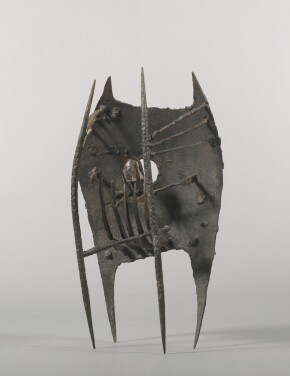 Lynn Chadwick was an English sculptor who produced large-scale, somewhat abstract works in bronze and steel. He was known for his improvisational technique of welding metal without sketches or plans, designing as he manipulated his material.

Born in Barnes in London in 1914, Chadwick studied architecture at the Merchant Taylors’ School. He worked as a draughtsman in architecture firms, taking particular interest in the work of Rodney Thomas. After serving as a pilot escorting Atlantic convoys during World War II, he returned to London with a newfound sense of artistic fervor, and began experimenting with small sculptures and mobiles of lightweight materials such as wire, balsa wood and light brass abstract objects. His first major exhibition of mobiles at the Gimpel Fils gallery launched his career and brought critical attention to his work. In early 1951, the Arts Council of Britain commissioned him to produce a large-scale sculpture for the Festival of Britain; The Fisheater was exhibited at the Tate Gallery through 1952. He represented Britain at the 1956 Venice Biennale where he became the youngest recipient of the International Sculpture Prize. Over time as his scale grew, he expanded his subject matter and experimented with increasingly abstract – though at times clearly biomorphic – forms.

Chadwick began receiving impressive accolades early in his career; in 1964 he was a named Commander of the Order of the British Empire, and a French Officier de l’Ordre des Arts et des Lettres in 1985. In 2001 he was elected a Royal Academician in the United Kingdom. His works are featured in major museums around the world including the Philadelphia Museum of Art; the Musée Rodin, Paris; the Art Institute of Chicago; the Royal Academy of Arts, London; and many other institutions. Tate Britain debuted a major retrospective of his work in 2003, the year of his death. His works continue to sell for ever-higher prices. In 2018, Pair of Walking Figures – Jubilee 1977 sold for $3.5 million at Sotheby’s.

Museums with Works by Lynn Chadwick

Type: museum
Musée Rodin
Paris
Type: museum
Art Institute of Chicago
Chicago, Illinois | Illinois
Type: museum
Philadelphia Museum of Art
Philadelphia, Pennsylvania | Pennsylvania
Type: museum
Royal Academy of Arts
London | United Kingdom
Cardholder + 3 Guests
Artist Image: Copyright: www.bridgemanimages.com
Please note that prior performance of the indexes and realized returns contained herein does not guarantee future results. In addition, there is no guarantee that random collections of individual works of art or stocks will yield index returns. We are not financial advisors and we are not in the business of recommending art as an investment. We also have no comparative advantage in forecasting the future direction of the art market. Investment decisions should be based on the risk return tolerance and time horizon of the investor with, if desired, the support of a licensed financial advisor. This information is provided "as is" and with no representations or warranties either express or implied of accuracy, merchantability, fitness for a particular purpose or of any other nature are made with respect to this information or to any expressed views presented in this information.