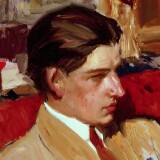 Born 1863. Died 1923.
Interested in selling a work by Joaquín Sorolla y Bastida?
Get an Estimate 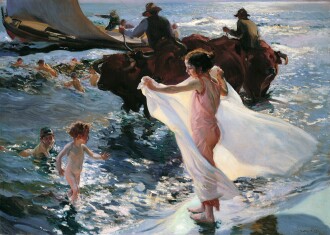 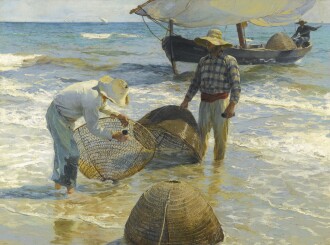 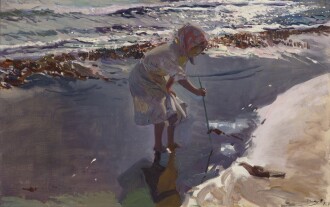 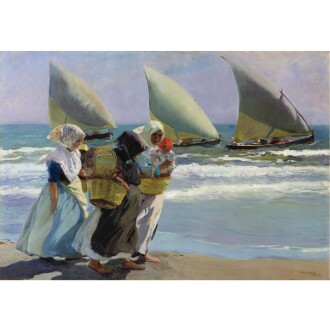 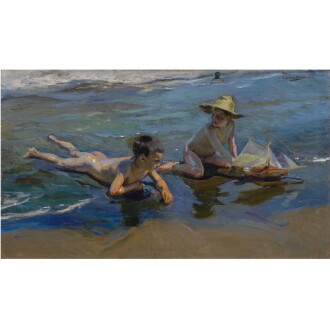 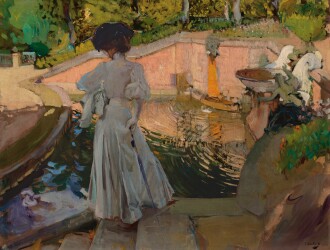 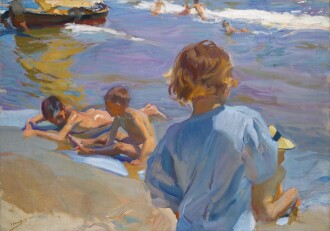 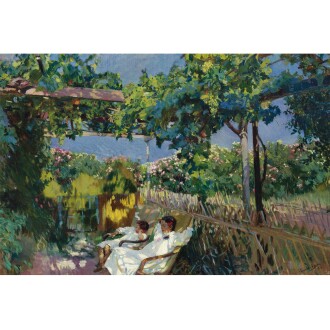 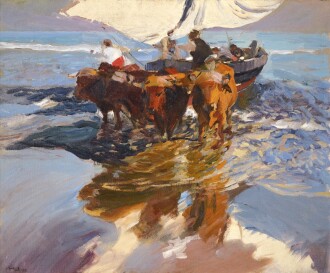 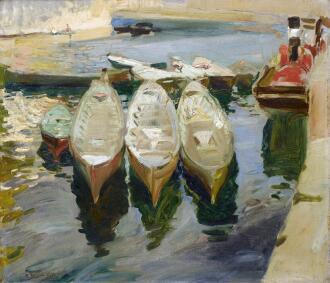 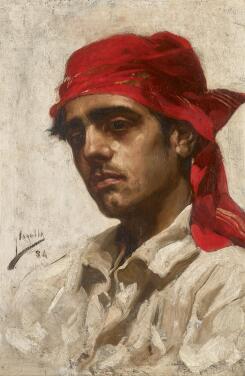 Joaquín Sorolla y Bastida was a popular Spanish painter who worked largely within the mode of plein air Impressionism and whose works largely feature landscapes and genre scenes. Born in 1863 in Valencia, Spain, Sorolla was orphaned at the age of two and subsequently raised by his maternal aunt and uncle. Early on he showed a talent for art, and by age fifteen he was enrolled at the Academy of San Carlos. Sorolla’s earliest works were generally of historical scenes, or contained social realist themes, but as his practice matured his focus turned to genre and landscape painting. He adopted the Impressionist technique of using impasto paint application and rapid brushwork, as well as paid increased attention to natural light. His first career achievement of note came in 1892, when he won the gold medal at the National Exhibition in Madrid. Shortly thereafter, he was awarded first prize at the Chicago International Exhibition in 1893.

In 1909 his work was exhibited at the Hispanic Society in New York City; the acclaim he garnered from this show led to a prestigious commission: to complete a portrait of then sitting president William Howard Taft in 1909. Two years later, the Hispanic Society facilitated another prominent commission, to create painted panels for its library. Following his great successes in the United States, he enjoyed consistent acclaim and popularity for the remainder of his life and career. He suffered a stroke while painting in the garden of his home in Madrid in 1920, which left him paralyzed for three years until his death in 1923.

After Sorolla’s death, and the death of his widow, their home in Madrid was converted into a museum dedicated to his works and preserving his studio as it was during his life. Other museums worldwide have acquired his works into their collections as well, including the J. Paul Getty Museum, Los Angeles; The Metropolitan Museum of Art, New York; Musée d’Orsay, Paris; and the Museo Nacional Centro de Arte Reina Sofia, Madrid.