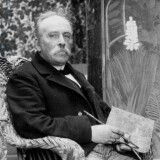 Works by Henri Rousseau at Sotheby's 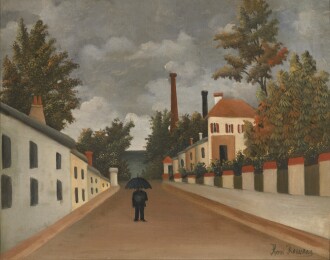 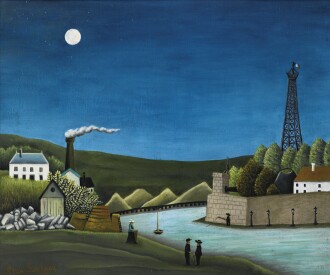 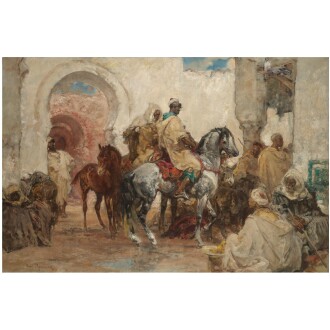 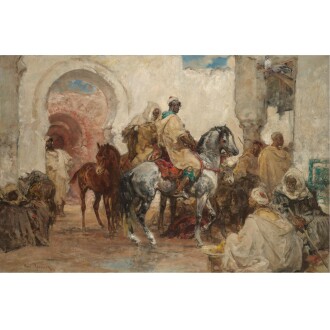 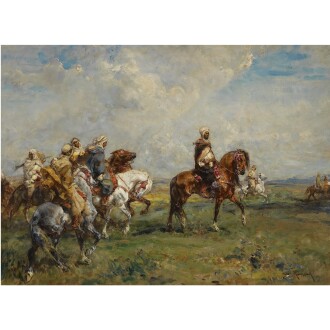 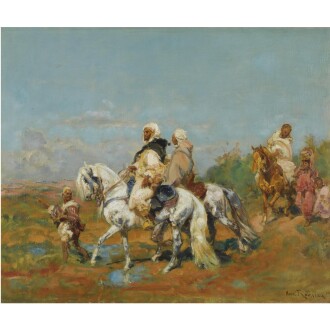 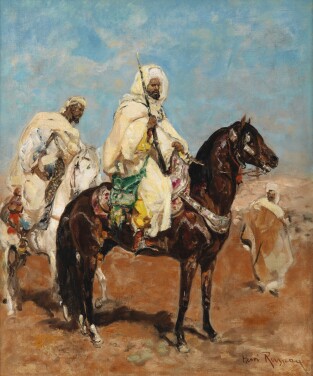 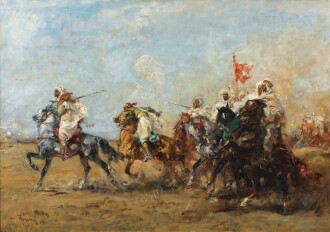 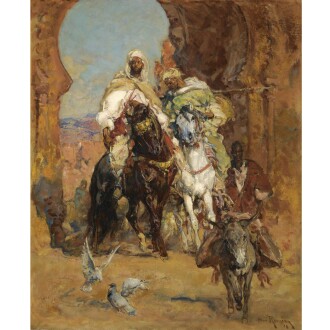 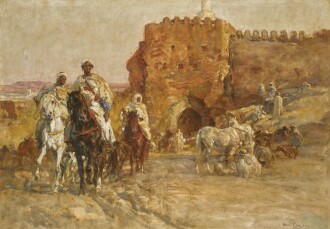 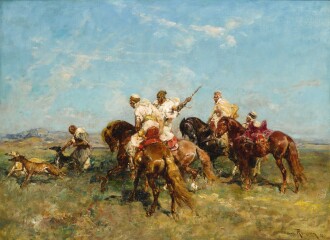 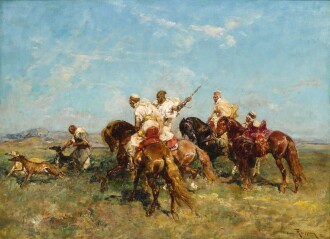 Henri Rousseau took up painting upon retiring as a minor customs inspector at a suburban toll station. With no formal training, his boldly idiosyncratic style and fascination with the exotic flora and fauna of Africa placed him at the forefront of the Primitivist movement that coincided with France's colonial conquests of the fin de siècle.

Henri Julien Félix Rousseau was born into a down-at-the-heel petit bourgeois family in Laval, Mayenne, France, on May 21 1844. From 1886, he contributed paintings to the Salon des Indépendants, and in 1893, on his modest government pension, he moved to a studio in Montparnasse. While Rousseau claimed to have “no teacher other than nature,” Rousseau never visited the lush jungles he would evoke in his most famous paintings. Instead, he studied children's books and frequented the botanical gardens, zoos and fairs of greater Paris. Thus, wrote Adrian Searle, “almost everything about [his paintings] is a fanciful concoction [with] plants and trees that barely belong in the same hemispheres.” Nonetheless, these exuberant scenes captivated many in the Parisian avant-garde who disparaged industrial society and dreamed of life as a “noble savage” living in harmony with nature. Among these admirers was Pablo Picasso, who happened upon one of Rousseau's paintings being sold as a canvas to paint over and began planning a banquet in his honor, to which were invited Guillaume Appolinaire, Jean Metzinger, Marie Laurencin, Juan Gris, Gertrude Stein and other luminaries of the modernist beau monde. Rousseau exhibited his last and perhaps best-known work, Le Rêve, at the 1910 Salon des Indépendants. Foregrounded in this densely verdant scene, from whose depths peek various iconic African animals and a dark-skinned snake charmer, is a nude white woman reposing naked on a red plush divan, representing Rousseau's Polish mistress from his youth. With this final masterpiece, Rousseau brought the centuries-old trope of reclining nude into a mysterious new territory. Rousseau died on 2 September 1910 after surgery on a gangrenous leg. On his tombstone, the sculptor Constantin Brâncuși inscribed an epitaph composed by Apollinaire.

Rousseau's work can be found in several major world museums including Paris's Musée d'Orsay, the Kunsthaus Zürich and the Philadelphia Museum of Art.