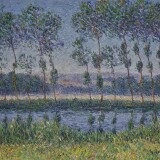 Works by Gustave Loiseau at Sotheby's 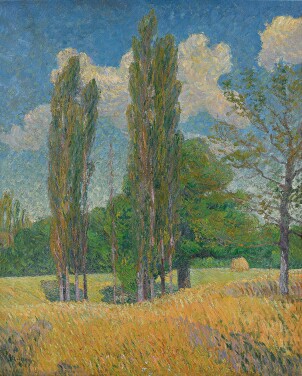 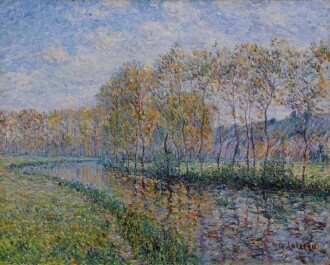 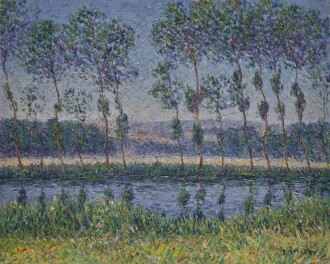 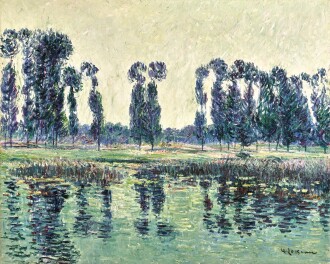 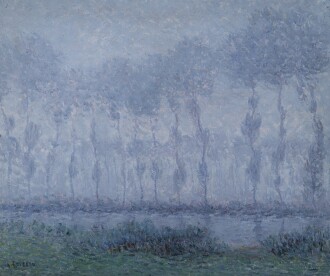 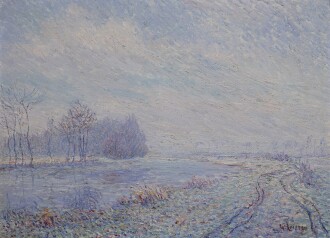 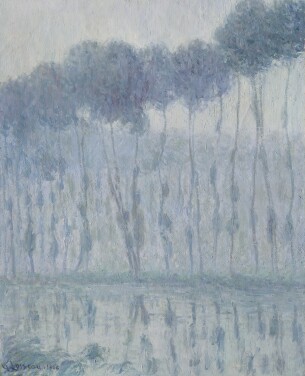 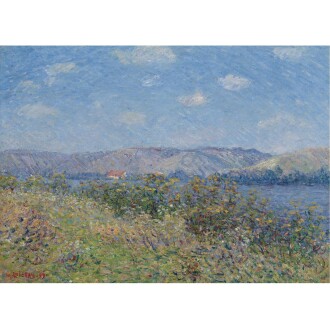 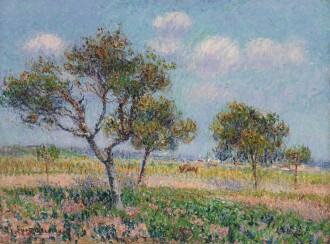 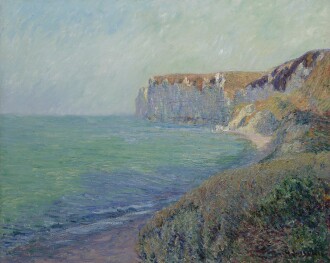 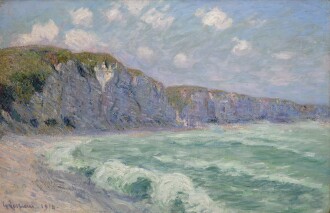 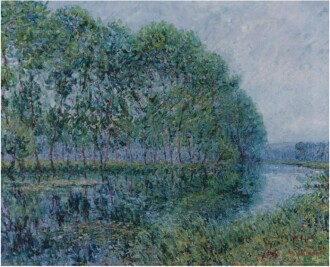 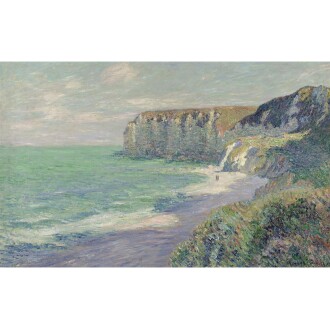 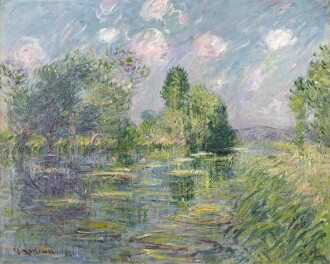 Loiseau was born on October 3, 1865 in Paris. In his youth, he was apprenticed to a decorator, but soon received an inheritance from his grandmother, which allowed him to pursue his artistic passions. He enrolled at the École nationale supérieure des Arts Décoratifs, where he studied life drawing, but left after a year after quarreling with an instructor. He set out for the riparian vistas of Pont-Aven, where he befriended other artists including Paul Gauguin and Émile Bernard. There, he developed his signature approach to landscape painting, which involved painting directly from nature (en plein air) and using an idiosyncratic cross-hatching technique (en treillis) to convey subtleties of light and atmosphere. Loiseau took part in the 1890 Impressionists exhibition and from 1893 showed at the Salon des Indépendants. While Paris remained his home and his most frequent subject, he returned to Pont-Aven several times, and also visited coastal Normandy and the various tributaries of the Seine. In the 1920s, he added still lives of flowers, fruits and fish to his repertoire. He died in Paris on October 10, 1935.

Today, Loiseau's work is represented in the collections of the Metropolitan Museum of Art in New York, the Museo Nacional Thyssen-Bornemisza in Madrid and the Tokyo Fuji Art Museum, among many other world institutions.