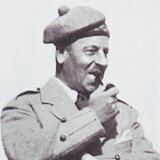 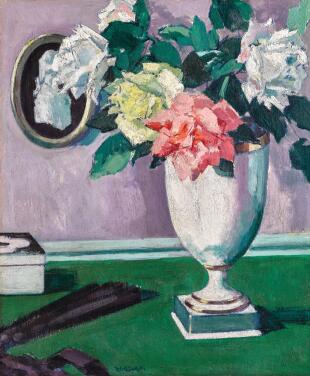 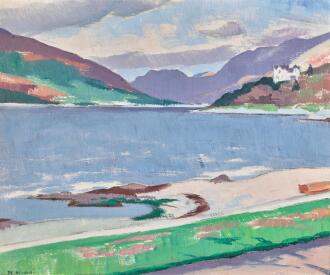 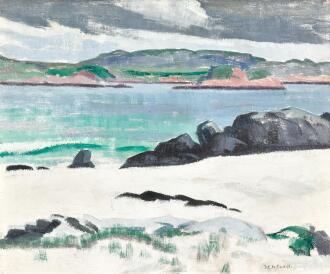 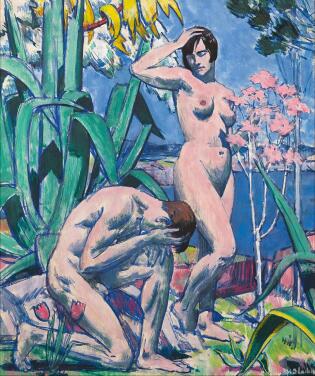 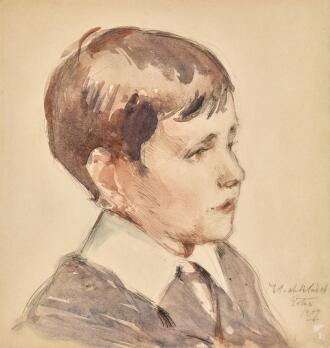 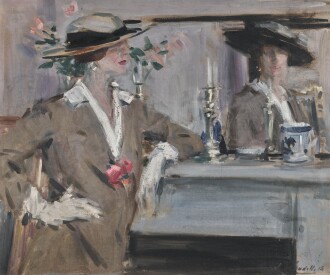 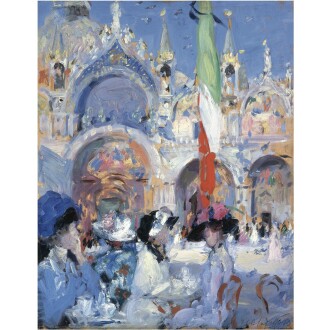 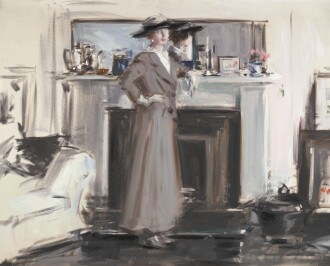 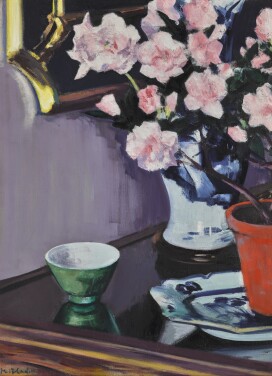 Born into a prosperous middle-class Edinburgh family in 1833, Francis Campbell Boileau Cadell was fortunate to have his artistic talents fostered from an early age. On the recommendation of his father’s friend, the artist Arthur Melville, Cadell left the Edinburgh Academy in 1899 at the age of sixteen to enrol at the Académie Julian in Paris. Remaining in the city for the next eight years, Cadell’s style and status as a mainstay of the Scottish Colourists can be traced to his exposure to pioneering movements like the Fauves and Impressionists during this period.

Upon his return to Edinburgh, Cadell exhibited at the Royal Scottish Academy and Society of Scottish Artists for the first time in 1902. Travelling at intervals to Europe – moving to Munich for two years in 1906 and visiting Venice in 1910 – he developed a reputation for his lively palette and elegant compositions and became celebrated for his stylish pictures of Edinburgh Society. Rapidly establishing himself as one of the most popular Edinburgh painters, Cadell’s likeable personality and wit earned him many friends, and in 1912 he founded the Society of Eight which pulled together like-minded artists keen to work outside the usual dealers and official institutions.

In the same year Cadell paid his first visit to the island of Iona, in what would prove a beginning of a change of style. Forming a life-long love affair with the island, the seas and skies which Cadell captured en plein air encouraged an intensity of colour which would become characteristic of his work. Returning regularly to paint throughout his life, the only interruption to his summer visits was necessitated by the First World War. As the only member of the Colourists to fight, Cadell was wounded twice on the Western Front, but nonetheless managed to keep up his artistic pursuits with a vibrant series of caricatures of soldiers and sailors on duty and on leave.

In the decade following the war Cadell embarked on what is regarded as the most successful period of his career. Moving to a fashionable residence at 6 Ainslie Place, Cadell increasingly adopted a technique of tightly-cropped compositions and flat application of brilliant colour. Informed by close collaboration with fellow Colourist, Samuel Peploe, and the Art Deco movement, the still lifes and figures studies he produced here count among the most noteworthy paintings in British art of the period.

Despite a great number of loyal patrons who supported him across his career, towards the end of his life Cadell struggled financially with a decline in the art market that coincided with ill health. Struck down by cancer in 1937 at the age of just fifty-four, Cadell was fondly remembered for his vivacious eccentricity and what Peploe called a ‘sensuous enjoyment of good living’. Today he continues to be celebrated as a remarkably versatile artist who did much to put Scottish art at the fore of the modern European movement.