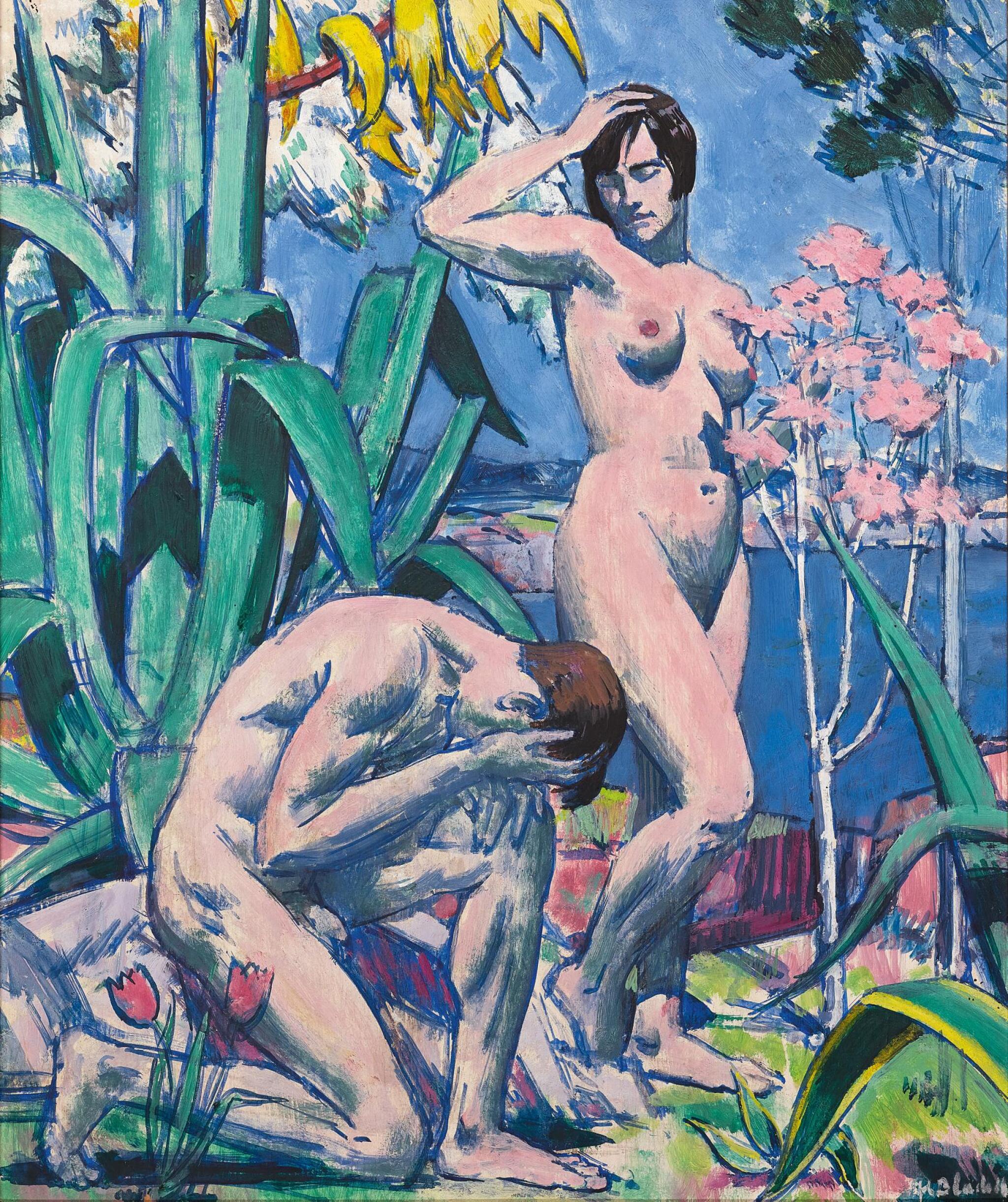 The board is in good stable order and providing a sound support. The work appears to be in very good overall condition. Some very faint craquelure to the body of Adam. Some specks of surface dirt.

Held in an attractive gilt frame.

MacConnal-Mason, London, where purchased by the present owner

Figurative and imaginative subjects are extremely rare in the oeuvre of Francis Campbell Boileau Cadell. Although better-known for his landscapes and still-lifes, Adam and Eve demonstrates Cadell’s ability to employ an original and contemporary approach to traditional subject matter. Despite the biblical title, Cadell’s primary motive is not to illustrate a narrative, but to explore the expressive role of colour, line and form in creating a dynamic and rhythmic pictorial arrangement. Painted in the late 1920s, Adam and Eve captures the robust sensual glamour of Art Deco through its sharp delineation of form and daring contrasts. Cadell painted a small number of works with mythological and biblical subjects during the 1930s, including Venus and Adonis of 1936, which was exhibited at the Royal Society of Watercolour Artists in 1938.

Nude figures featured in several sensitive studies by Cadell, including Nude, Reflections of 1912 and Negro (Pensive) of circa 1922. These works demonstrate the artists’ adept grasp of colour and light, particularly evident in the subtleties of tone in the respective sitters’ skins. While Nude, Reflections has a fluid, impressionistic quality, Negro (Pensive) bears certain similarities with the figure of Adam in the present work. Both focus on male musculature, and both are delineated, though Negro (Pensive) is far more naturalistic.