I t is often the smaller exhibitions that have a lasting impact on the way we think about art. Last year, Sotheby’s launched a new prize for curators who are exploring themes overlooked in blockbuster shows or underrepresented in mainstream art history.

Overall winners receive $250,000, with honourable mentions receiving $10,000 each. This autumn will see 2017 winners open to the public, including Pop América, 1965–1975, co-organised by the Nasher Museum of Art at Duke University and the McNay Art Museum in San Antonio, Texas.

Until recently, Pop art has been portrayed as a fundamentally American phenomenon. But Pop América, 1965–1975, curated by Duke University professor Esther Gabara, will focus on the way that Latino and Latina artists such as Judith Baca and Jorge de la Vega developed a distinct brand of the art movement. “This exhibition will rewrite our understanding of Pop art. It shows how it was utilised in Latin America in a way that was more precise and intentional than in some other parts of the world,” says Allan Schwartzman, co-creator of the prize and chairman and executive vice president of Sotheby’s. Pop América, 1965–1975 will be on display at the McNay Art Museum in San Antonio, Texas, 4 October–13 January 2019; then at the Nasher Museum of Art at Duke University, 21 February 2019–21 July 2019.

Antonio Dias
The Illustration of Art/Uncovering the Cover-up, 1973
This diptych belongs to a large series, The Illustration of Art, which calculated the level of international news coverage of the Vietnam war by converting the columns of newspaper stories into red geometric forms whose surface area could be measured. The black and red rectangles that connect the two canvases in this diptych also connect it to the other works in the Illustration of Art series, and show the artist’s concern with how mainstream media represented global liberation struggles.

Rupert García
Unfinished Man, 1968
This portrait presents the damage caused by racism and inequality in the United States. The man’s partial face embodies the anxieties – artistic, political, and emotional – that haunted the artist around 1968, when students and black and Chicano civil rights activists protested across the country. In my view, García’s remarkable oeuvre produced since the 1960s makes him one of the most important American artists of the 20th century – it was so difficult to select works for the exhibition because he produced so many powerful artworks that distilled the questions of Pop América.

Marta Minujín
Frac-asado (Grilled Tuxedo), 1975
Beginning in the early 1960s, Marta Minujín developed ephemeral sculptures made out of discarded materials. She combined them with provocative “happenings” – unscripted art events that often occurred outside formal art institutions. She was also a pioneer in working with communications media such as television and telephones. The artist has said that she created “popular art, art that all the world can understand”. Minujín’s entire persona is Pop, and it can be difficult to tell where her work ends and her life begins. She continues to be a powerful presence in Argentina and internationally, bringing her Pop spirit to performance, large public installations and events, design, sculpture and more.

Augusta Savage: Renaissance Woman
Cummer Museum, Jacksonville, Florida, 12 October–7 April 2019
Augusta Savage was a sculptor and an important figure in the Harlem Renaissance, the social and artistic explosion that took place in Harlem, New York during the 1920s. As well as creating portrait busts and monuments that captured the spirit of the movement, Savage also contributed important educational work and organised art spaces for the black community in Harlem. Dr Jeffreen M Hayes, the exhibition curator, wants to show how Savage shaped black visual culture and history. “Savage was working at a time when black people were creating counter-narratives to popular and stereotypical narratives about them. The exhibition will bring together for the first time objects – art, photographs and archival documents – that offer an insight into Savage’s impact on black and American art history. It is an important show, at an important time,” Hayes says.

Ree Morton: The Plant That Heals May Also Poison
Institute of Contemporary Art at the University of Pennsylvania, 14 September–24 December
Ree Morton’s career spanned only nine years, from 1968 to 1977, before she died in a car crash at the age of 40. Yet the American artist made significant contributions to the fields of feminist art and post-minimalism in the 1970s. Curator Kate Kraczon wants to show how the themes of Morton’s work are rooted in the cities she lived in. “It often reflects the regional contexts of residencies and teaching positions she had in places such as Chicago, Bozeman and San Diego, yet a significant body of work in her too-brief career was produced while either living or teaching in Philadelphia. Sister Perpetua’s Lie, 1973, is an important early installation commissioned by the Institute of Contemporary Art [Philadelphia] and will be on view in the exhibition,” Kraczon says.

Art for a New Understanding: Native Voices, 1950s to Now
Crystal Bridges Museum of American Art, Bentonville, Arkansas, 6 October–7 January 2019
This exhibition is the first in the world to chart a history of contemporary Indigenous art from the United States and Canada, featuring around 75 works of art by key Native American artists from the 1950s to today. Mindy Besaw, the curator of the exhibition, wants to highlight and celebrate the great accomplishments of Indigenous artists, whose work has frequently been overlooked. “With art by more than 40 artists from many different backgrounds and regions, the exhibition promotes conversation about contemporary art and Indigenous perspectives that will help us think about contemporary American art more broadly,” Besaw says.

To learn more about the Sotheby's Prize, click here. 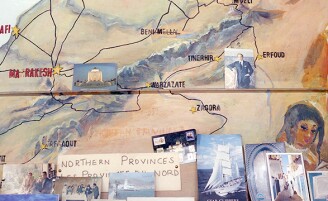