Monet, Basquiat and Twombly Headline a $702 Million Week of Auctions

A n epic week of auctions that brought together a stellar array of Impressionist, Modern and Contemporary Art was led by a three-auction evening which realized a total $596.8 million. Conducted by Sotheby’s auctioneer Oliver Barker, the live-streamed event featured in-room bidders in New York, telephone bidders in London, Hong Kong and New York, and online bidders from around the world, who all vied for remarkable artworks by Monet, Picasso, Warhol and Basquiat, and many other exceptional artists of the 20th and 21st centuries.

Starting off the evening was American Visionary: The Collection of Mrs. John L. Marion, an auction of extraordinary works from the collection of legendary philanthropist and arts patron Mrs. John L. Marion. Totalling $157.2 million, the sale featured works representing the height of achievement in the American Abstract Expressionist and Pop art movements. Among the highlights was Richard Diebenkorn’s luminous Ocean Park #40, 1971, which sold for $27,265,500 – setting a new auction record for the California artist. New auction records were also reached for a work by Kenneth Noland, whose 1958 painting Rocker sold for $4,255,000, and Larry Rivers’s Africa I, 1961–62, which achieved $2,077,000. Other exciting moments from the auction were the sale of Clyfford Still’s PH-125 (1948-No. 1), 1948, which achieved $30,712,500 and Andy Warhol’s larger-than-life Elvis 2 Times, 1963, which sold for $37,032,000.

Demand for Contemporary luminaries continued in the white glove Contemporary Art Evening Auction, propelled by Jean-Michel Basquiat and Cy Twombly, bringing a total $218.3 million. The auction included works from the Collection of Morris and Rita Pynoos, the Collection of Kay Unger and Hidden Harmony: An Exquisite Private Collection, among others.

Banksy’s Love is in the Air sparked another bidding face-off. After nearly 14 minutes, the 2004 painting – a quintessential example from the artist’s oeuvre – achieved $12,903,000. In a world first for a fine auction house, bidders on the work had the option of making their payment in cryptocurrency.

Auction records were set for Elizabeth Peyton, Raymond Pettibon and Jeff Koons (whose Quad Elvis sold for $9.5 million, setting a record for a painting by the artist).

Capping the trio of marquee auctions and driven by a wonderful example of Claude Monet’s waterlilies, the Impressionist & Modern Art Evening Sale brought a total $221.3 million.

Le Bassin aux nymphéas, an exquisite example of Monet’s most iconic series, achieved $70,353,000 following a heated bidding battle lasting nearly five minutes between five different bidders. The result makes the painting among the top five most expensive works by the artist to be sold at auction.

Leonor Fini’s arresting Autoportrait au scorpion, the only self-portrait the artist chose not to sell in her lifetime, set a new auction record for the artist at $2,319,000.

The Top Lots of the Evening 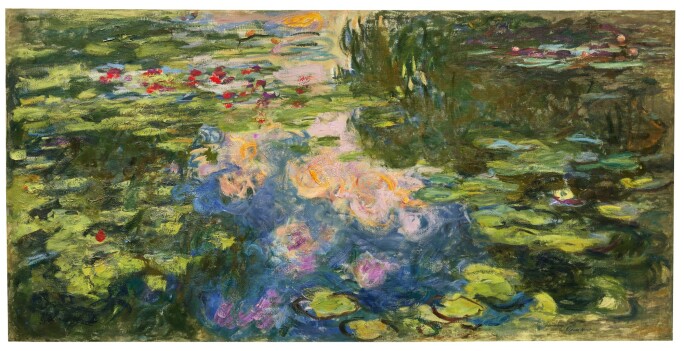 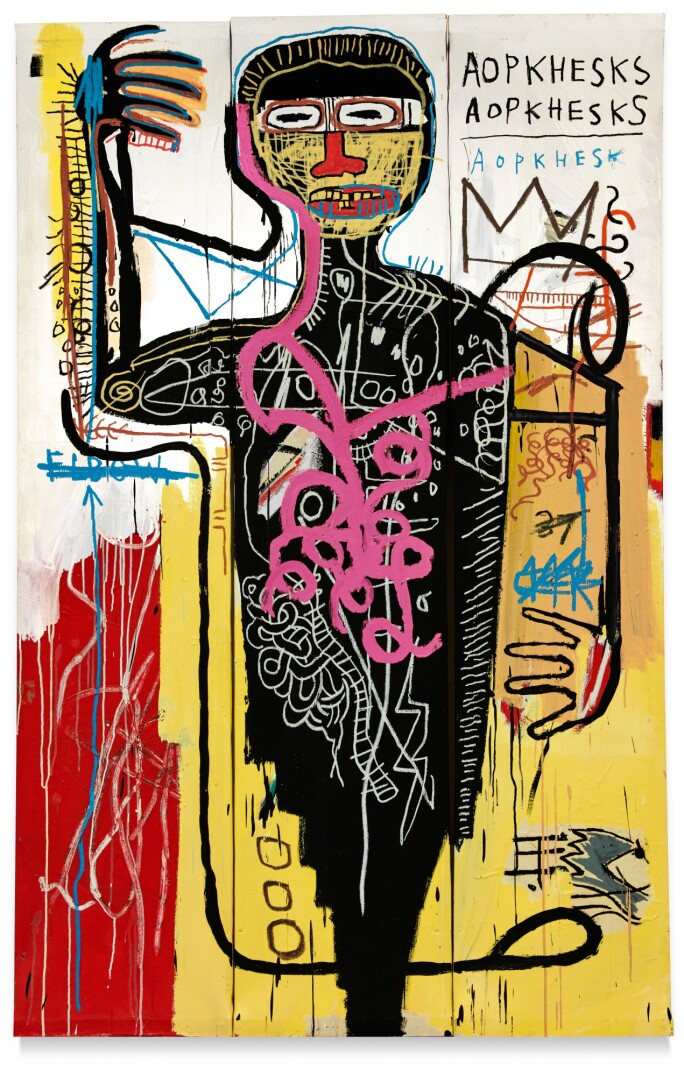 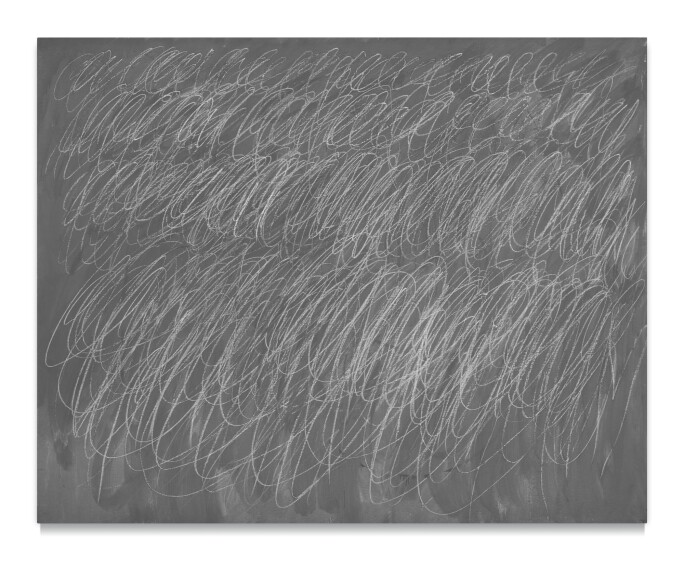 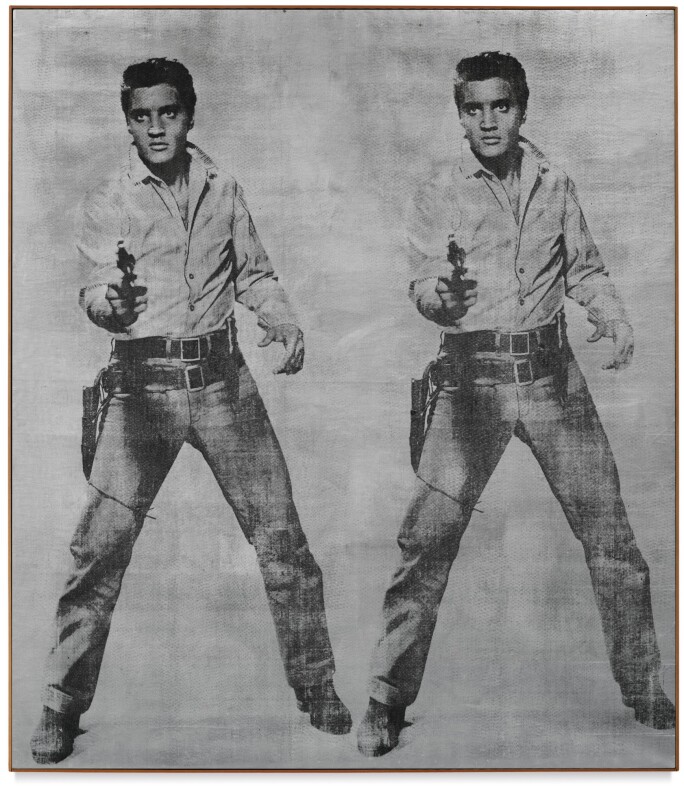 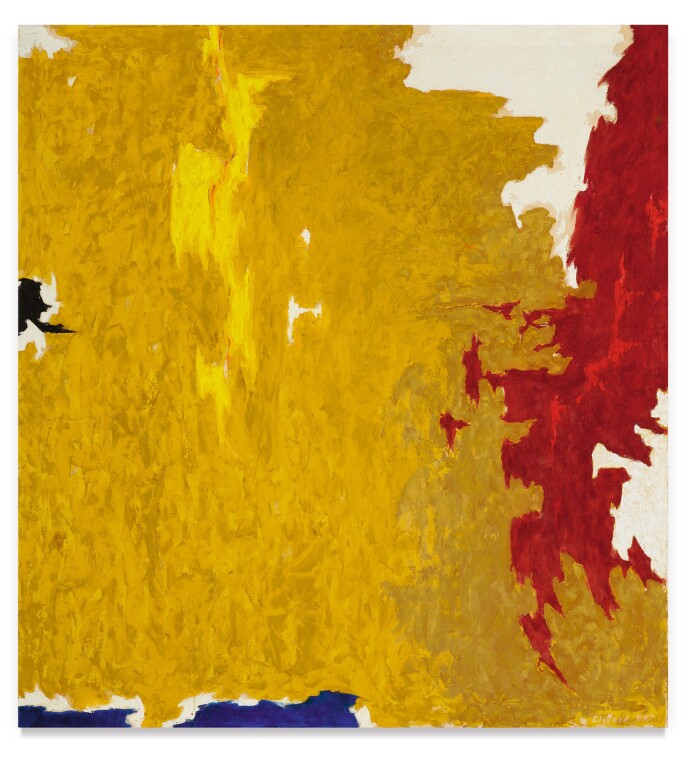 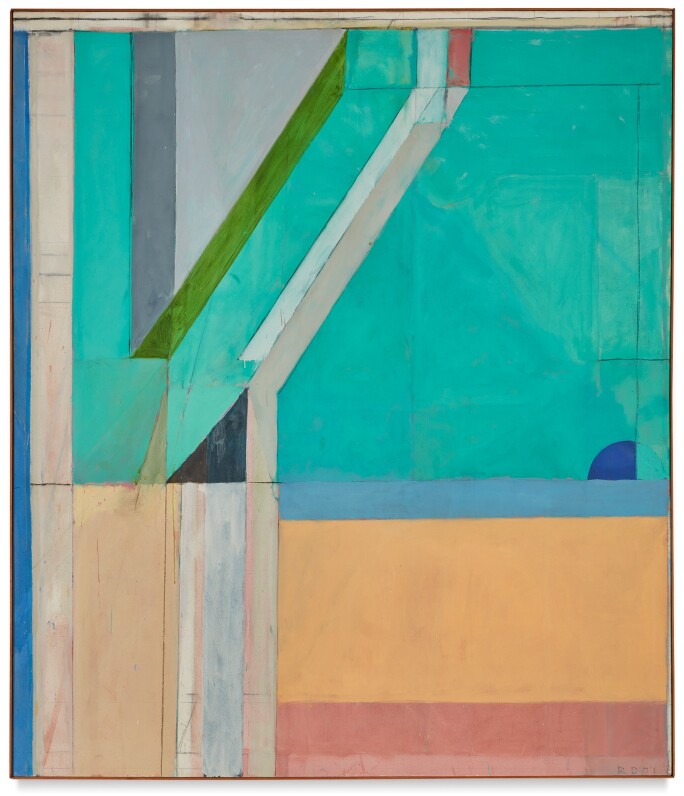 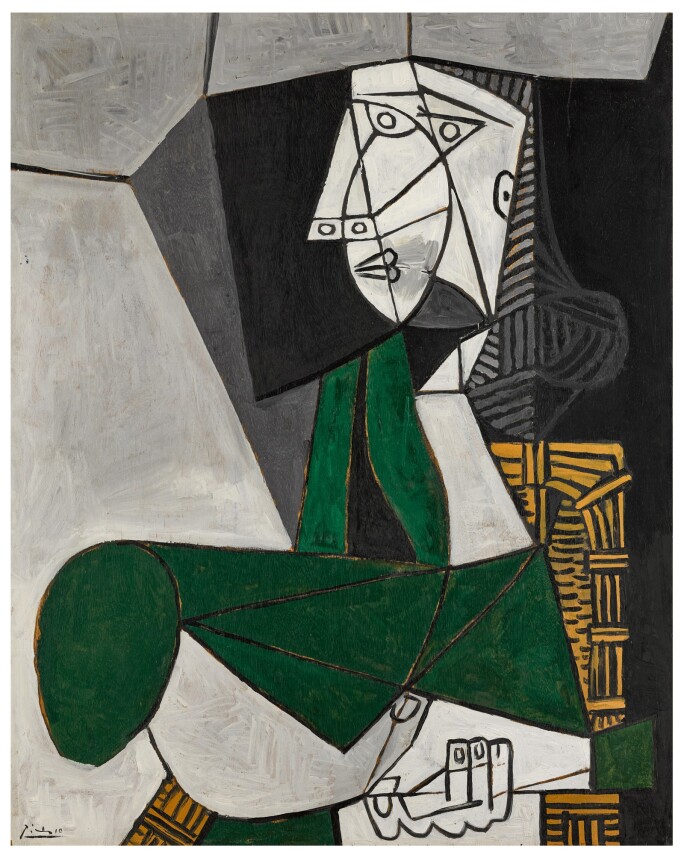 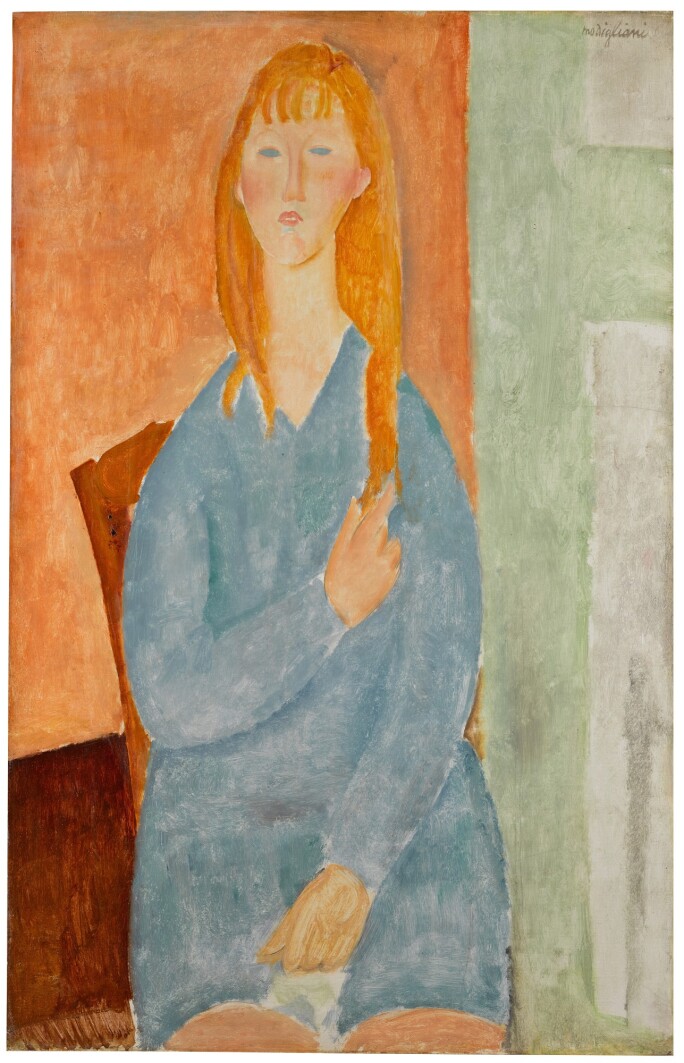 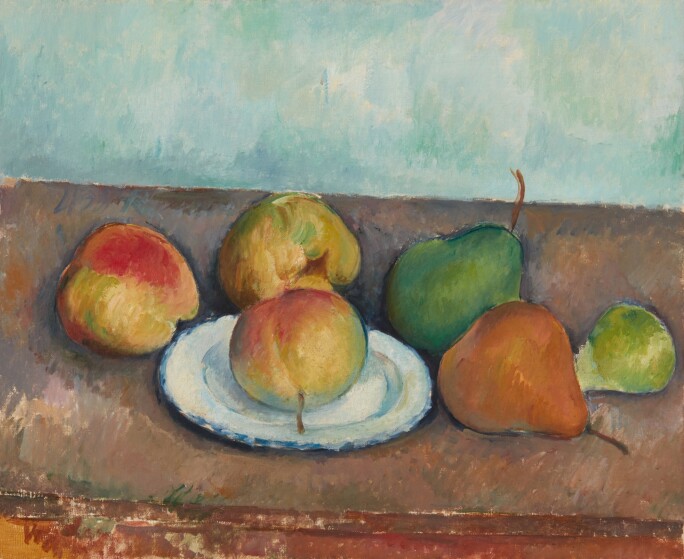 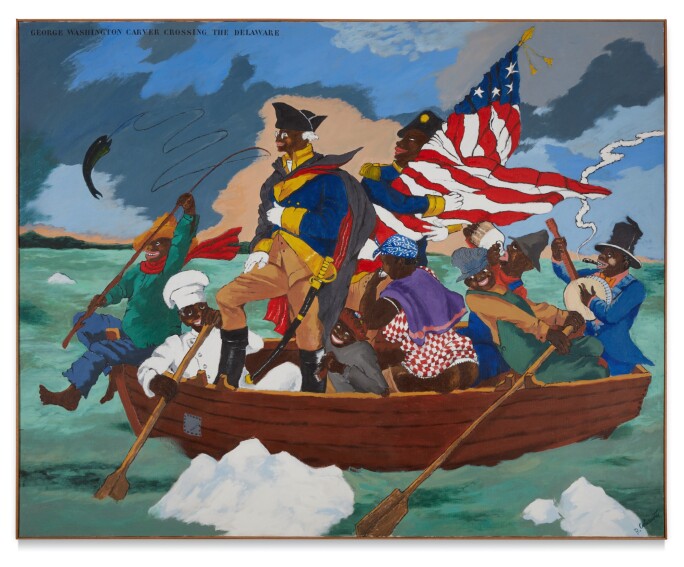 The New York Contemporary Art Day Auction totaled $80,220,195 on Thursday, 13 May, surpassing the pre-sale high estimate. Leading the auction was Mark Rothko's meditative Untitled, a magnificent example of the artist's mature corpus; the 1968 work realized $5,549,400, exceeding the pre-sale estimate of $3–4 million. Other highlights included David Hockney's Blue Pot of Purple Flowers, 1989, which came to Sotheby's from the Collection of Morris and Rita Pynoos (the vivid still life sold for $2,863,500), and Wayne Thiebaud's Flower in Vase, 1962, which nearly doubled its pre-sale high estimate to achieve $2,319,000.

Wrapping up a week of energetic auctions in New York, the Impressionist & Modern Art Day Sale totaled $24,877,560 on 14 May. Highlights from the auction included Giorgio de Chirico's Cavallo e zebra in riva al mare (Horse and Zebra by the Sea), circa 1928, which sold for $2,319,000 – nearly seven times more than its pre-sale high estimate of $350,000. Other top lots from the auction include Fernand Léger's La Roue de l'échelle, 1947 and Rufino Tamayo's Sandías, 1941.

The Top Lots of the Day Auctions 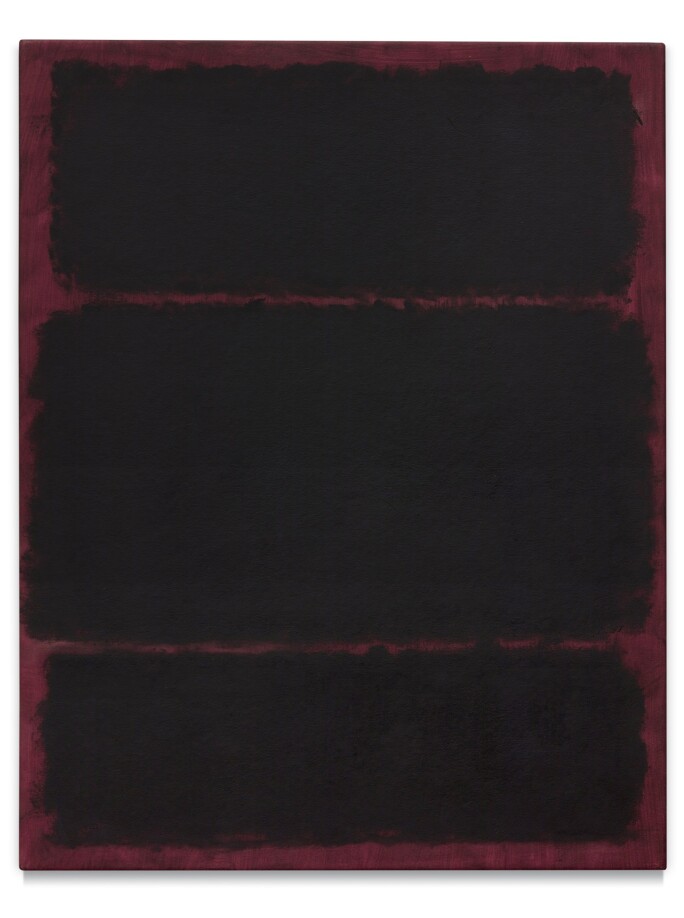 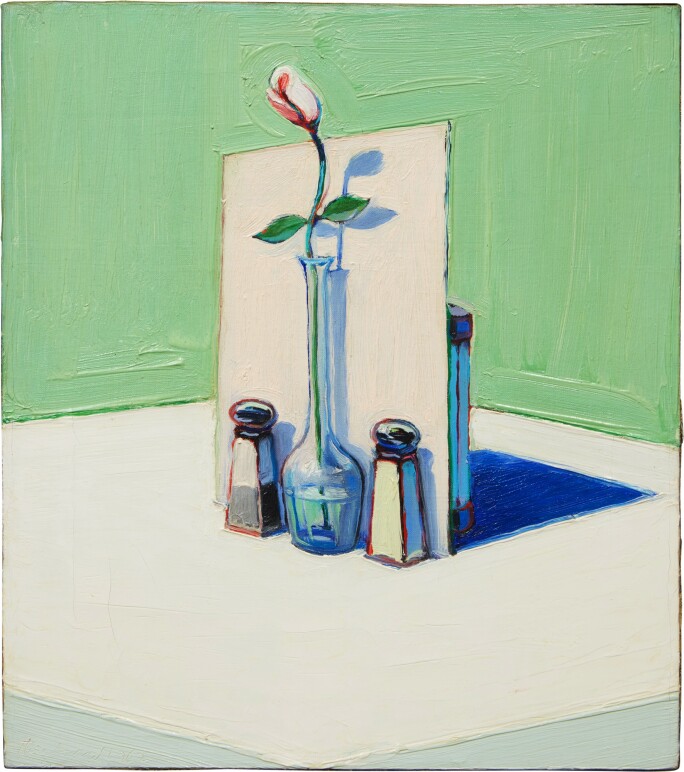 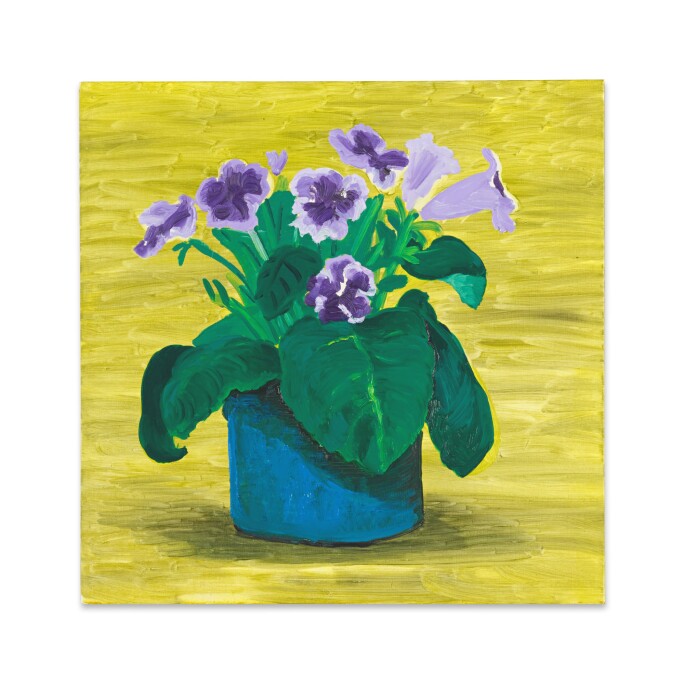 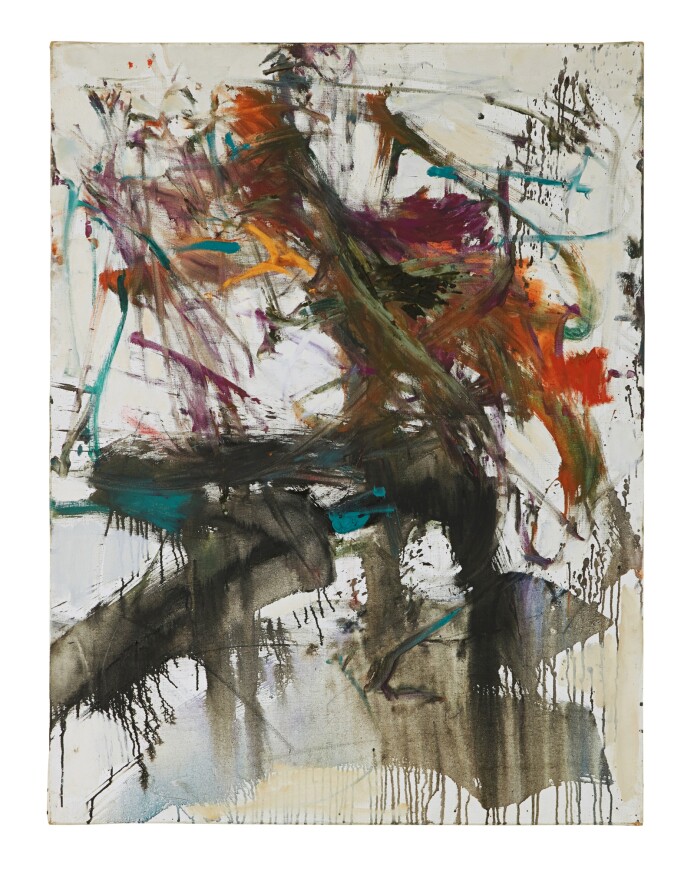 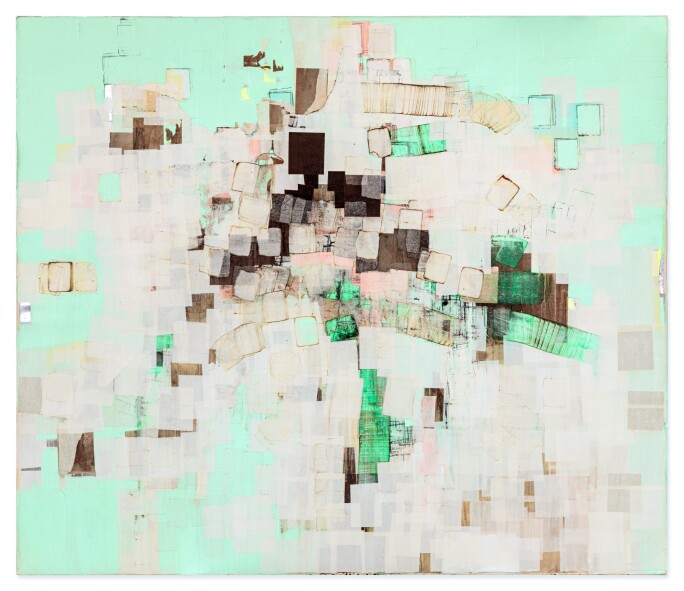 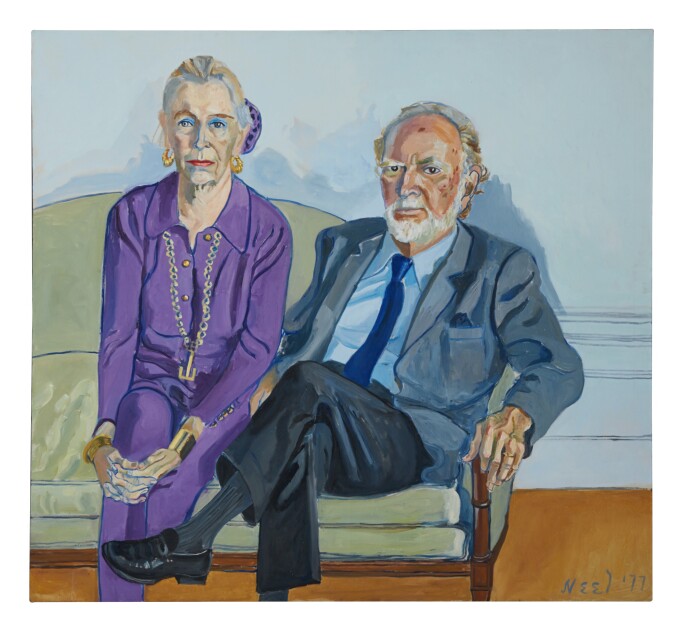 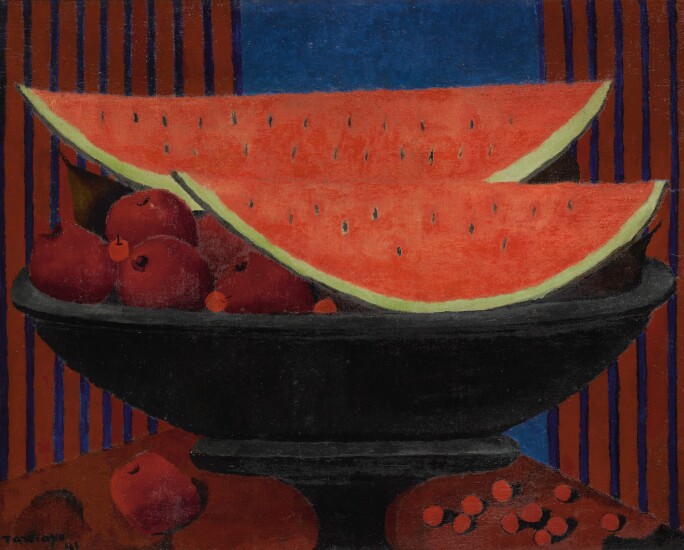 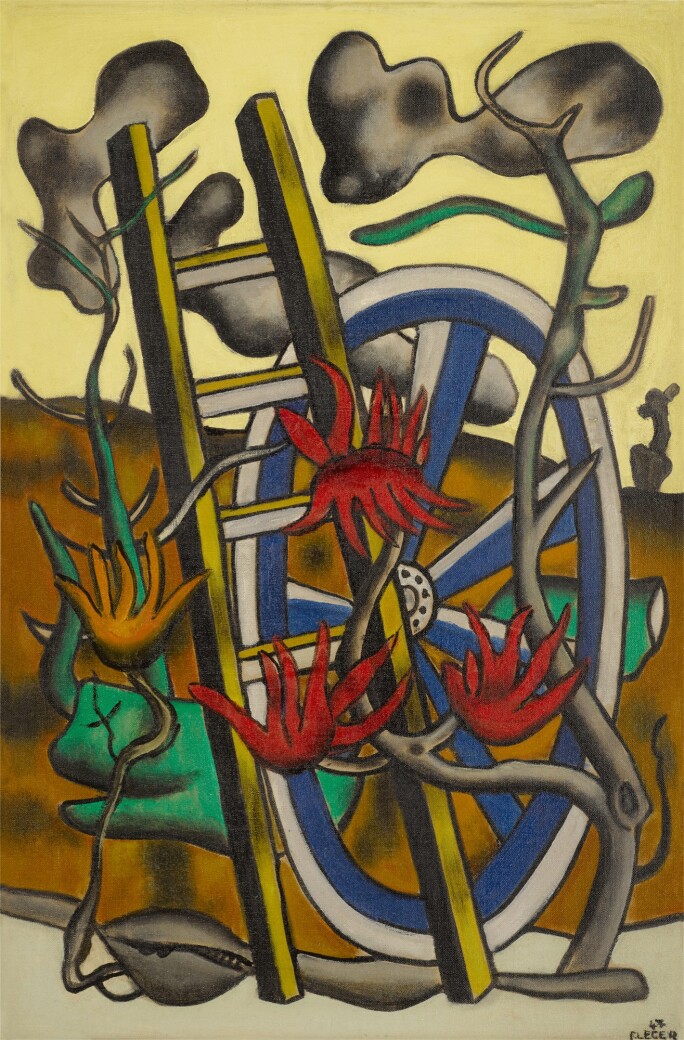 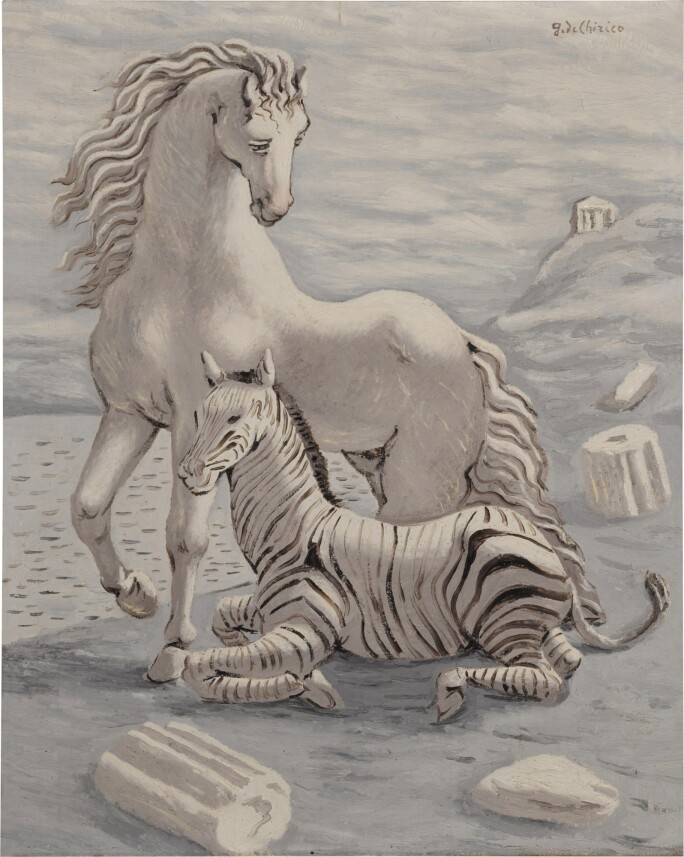