Leonardo Lands at the Louvre

A fter 10 years of preparation, the time has come for the Louvre to unveil what promises to be one of the definitive shows of the year – a Leonardo da Vinci retrospective marking 500 years since the great Renaissance artist’s death in France.

Leonardo da Vinci, which will feature approximately 140 works, will revolve around four themes reflecting key moments in Leonardo’s artistic evolution – marking a notably fresh curatorial interpretation of his career. “The traditional approach to Leonardo’s work consists in dividing his career into distinct periods determined by geography,” says curator Vincent Delieuvin. “We wanted to try something new.”

The first section focuses on the artist’s years under the tutelage of Andrea del Verrocchio, which led him to manipulate light and shade in the manner of a sculptor; Verrochio's own Christ and St Thomas, 1467–83, from the Orsanmichele, Florence, has been loaned from the Bargello Museum and will be on display. The second chapter, called Freedom, shows how the Renaissance polymath would bend the rules of anatomy to convey movement in works such as Benois Madonna, 1478–80, borrowed from the State Hermitage Museum. It’s only towards the late 1480s, as the third part shows with exhibits including sheets from the British Library's Codex Arundel, that he started longing for a more scientific basis to his art. Those three stages are really what brought his painting to “Life”, which is precisely the title chosen for the last section, devoted to Leonardo’s late masterpieces such as St John the Baptist, 1513–16, and the Marco d’Oggiono copy of The Last Supper, 1495–98.

The show is one of numerous events across Europe marking the anniversary, which has made it even harder for curators Vincent Delieuvin and Louis Frank to secure loans. The museum started courting museums in 2015, and while Rome, Turin, and Parma let themselves be seduced, Milan, Florence, and Venice have been playing hard to get. Ironically enough, “Despite Brexit, Britain turns out to be our most important lender,” Delieuvin says.

The sheer number and quality of the works that have been brought together are a testament to the Louvre’s pull as an institution, and the determination of its curators. Negotiations came along with strong speculation: the loan of Leonardo’s Vitruvian Man, c.1490, a drawing from the Gallerie dell’Accademia in Venice, for example, was finalised by French culture minister Frank Reister and his Italian counterpart Dario Franceschini in Paris on 24 September, only to later be challenged by the heritage group Italia Nostra and thus forcing the Italian culture minister to appeal at a hearing on 16 October. Thankfully, he was successful and the drawing will make its way to the Louvre as planned. “We never thought it would be easy, but we are happy with our selection,” Delieuvin says, adding that those obstacles are what pushed him and Frank to think outside the box. “Not everything has been said about Leonardo, you know.”

The show was also the pretext for cutting-edge research, which led to groundbreaking discoveries and technological experimentation. X-rays revealed numerous pentimenti (underlying traces of alterations in a painting) in The Virgin of the Rocks, 1483–86, which helped experts compare the Louvre’s version with the National Gallery’s panel of the same name (not on display). The Mona Lisa, 1503, cannot be moved, but infrared scans of the smiling icon will feature instead – these will highlight the connection between da Vinci’s initial sketches and the final painting. The work is also part of the Louvre’s very first virtual-reality experience.

The curators hope the exhibition will help to debunk the myth that Leonardo da Vinci painted so little because he was permanently distracted by new thoughts and interests. Instead, they aim to show that he needed to understand the world around him before picking up his brush. “To Leonardo, painting [was] the most important science of all,” Delieuvin says, “because it requires knowing everything.” 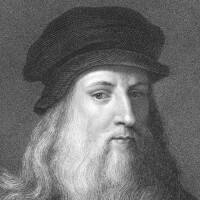 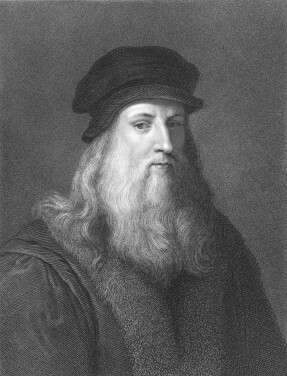