Jeff Chang on Being a Collector

F or countless music fans, Jeff Chang is an inimitable idol. His songs are classics, his melodies art. His songs capture all facets of life evoking endless nostalgia for listeners. In the world of art, Jeff is not only an artist himself, but also a collector with impeccable taste. The works in his collection are sourced from his life, and focus on the people, issues and objects that he passionately loves. On the eve of Sotheby’s Asia Week New York, we invited Jeff to chat with us about his experiences as a collector, his favorite works of Asian art, and get some of his sincere words of advice to new collectors.

Collecting is a gradual learning process, one where you make slow, incremental progress.

Where did your interest in collecting come from? Is it somehow related to music for you?

I grew up in the Church, and my father is a priest. In the Church, music and art were always very important, so I was raised in this environment from a young age. The Church presented me with a lot of opportunities to engage with art. From an early age I started practicing music, like the violin and vocals, and also had a chance to study painting from my teachers. With this training, I gradually developed a deep interest in art and music. In fact, when I was in high school, while practicing painting, I started to collect things and began to develop my collection.

What kinds of things did you start collecting?

When I was in high school, it so happened to be the time when Taiwan’s economy really took off. At that time, a lot of old buildings were being demolished. There was a group of literati and artists who came out to promote the preservation of this traditional architecture in Taiwan at that time. As a young buck, I thought I should take matters into my own hands, and got started right in the ancient town where I was born and grew up! I took whatever I could find and preserved it to the best of my ability. So then I would go to my next door neighbors’ house or in the streets and alleyways around town and ask for old objects. I gradually started collecting in this way, which didn’t require any money, and it was because of this process that I gradually developed the habit of collecting things.

We’ve heard that you’re very interested in collecting ancient robes (longpao). May we ask if there’s a special reason? What are some of the pieces that you treasure most?

Things I collect all have an intimate connection to my own life. Actually, it’s not that I only collect longpao, but rather textile pieces in general. This originates from my great grandmother. In my youth, she dressed in the traditional clothing of the Qing dynasty and her bound feet left a strong impression on me. After she passed away, my family gathered her relics and found her bridal gown, an embroidered dress, and also many small shoes. This truly surprised me because in my memories of her she always wore black head-to-toe; these beautifully embroidered, floral-patterned shoes were one of the first series of items that I added to my collection. It was also because of this that I gradually became engaged in collecting traditional Chinese embroidered crafts.


Aside from these, what are some of your other favorite Asian art?

I also like woodworks like furniture, wood carvings, and so on. I like the texture of wood, and I continue to use many of those pieces to this day. My grandfather was a carpenter and my father helped him making traditional Chinese furniture in his youth. I remembered that my father and I often worked together to fix or restore some old furniture that I collected. This became a precious memory of mine. From then on I started to gradually turn this interest into a relatively complete project for my collection. Ultimately, of course this habit advanced to include some of China’s most prized objects, like the furniture of the Imperial court and Ming Dynasty Huanghuali furniture. This part of my collecting was something that I started to engage with early on.

Are there artists that you especially appreciate? Why?

For me, Shiy De-jinn has been an important spiritual mentor. His works are much like my memories of youth, in terms of my sense of home. They feel intimate. As for modern Chinese artists, someone I still really like is Sanyu. I came into contact with Sanyu’s work very early on. I bought some of his small sketches, drawings, and so on when I was young. When it comes to the classical Chinese painting, something I’ve been learning about recently that I’m quite interested in are Qing dynasty literati such as Wang Hui and Yun Shouping, their leadership and influence on literati painting school was quite fascinating. The two of them were good friends, and had an interesting collaborative relationship. I feel that through their dialogue and the works that they produced together you can get a sense of the ideas of the literati at that time. Whether it was about life, aesthetics, or the mutual relationships and influences between politics and art, this is something that I’ve been gradually learning about recently.

You’re a highly influential artist yourself. What kind of influence has Asian Art had on your music?

I feel, relatively speaking, that it’s not necessarily about which thing in particular brings about inspiration or gets you going. When you encounter and engage with these beautiful things, it gets your aesthetic sense flowing. For music, it increases the depth, because you start to pursue things that are worth preserving and passing down. The music I made is something that has a way of responding to an era, to a moment. I feel that beyond responding to reality, I hope that I can make something with depth that can last and be passed on. Regardless of how far down the road you listen to it, it can still move you, or you could say, there are some nostalgic memories that this kind of music brings back. So, this aspect has a big influence on my music.

What advice would you give to new collectors who are just getting started?

Start with seeing and engaging with as much as you can. From my own experience, I don’t collect for the purpose of investing, but the things I collect gradually become things that take on value. So, the first suggestion I have is to find a type of collecting project that you like, one that moves you. If you’re purely looking at works as investments, you will lose a lot of the enjoyment that you might have otherwise. And yet it’s hard to compare works of art to ordinary commodities that you might invest in. There’s a lot of feeling in artworks, and you can also say that there’s no way to control the factors that dictate the market. You should find something that moves you when you first get your foot in the door. When you get started, look first, look some more, and then get to know things better. Through collecting, I learned a number of things that I never imagined I might learn. I feel that this is the pleasure that artworks can bring to us. 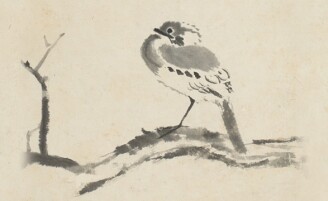 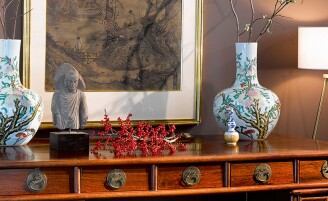