By Colton Klein
The artwork of Andrew Wyeth and Winslow Homer are currently on offer in the American Art Online auction (until 5 March 2020, New York).

T wo of the most talked-about films of the past year, Greta Gerwig’s cinematic adaptation of Louisa May Alcott’s novel Little Women and Robert Eggers’ psychological thriller The Lighthouse, were recently rewarded with nominations for the 92nd Academy Awards. Both films are set in 19th-century New England and share more in common than their setting and critical acclaim. According to their respective directors, Little Women and The Lighthouse were heavily influenced by two giants of American Art, both well-known for their dramatic, realistic portrayals of the people and landscapes of the Northeast: Winslow Homer and Andrew Wyeth. 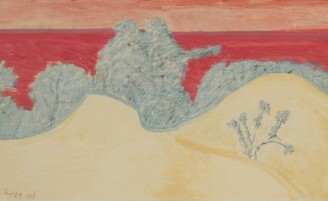 Little Women, which made its world premiere at The Museum of Modern Art in New York on December 7, 2019, is Gerwig’s third directorial feature and her most recent film since the release of the highly lauded coming-of-age story Lady Bird in 2017. Gerwig shot Little Women on location in and around Concord, Massachusetts, the book’s setting, and researched historic locations that the family could have inhabited in preparation for set design. “Everything there is just stunningly beautiful and preserved,” she said. “Pretty much anywhere you point the camera it looks like a Winslow Homer painting.” Indeed, Homer’s art had a profound impact on Gerwig’s conception of the film’s aesthetic and wardrobe design. 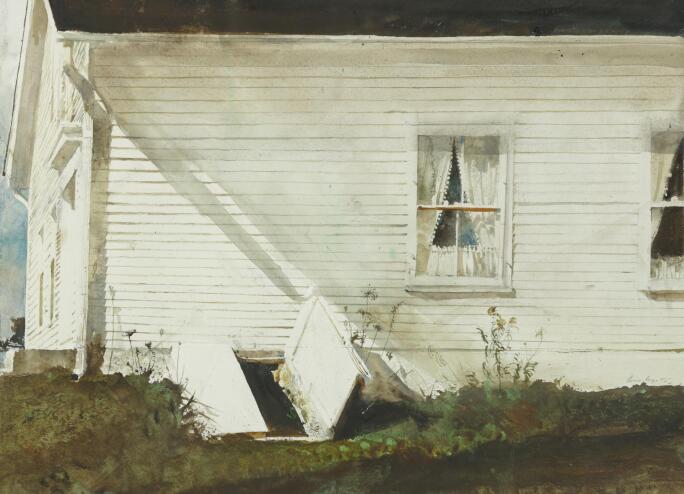 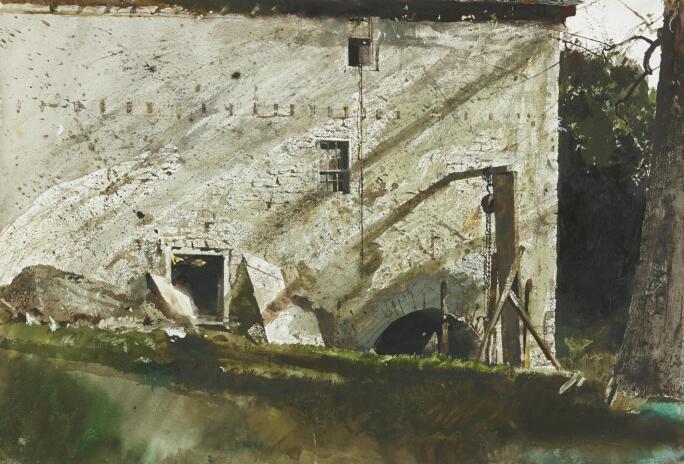 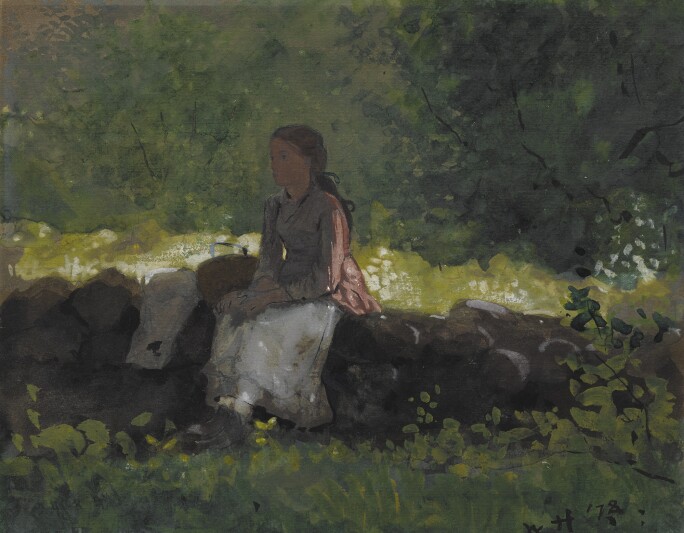 While writing the screenplay, Gerwig hunted down artistic portrayals of women during the post-Civil War era, or “girls-you-know pictures,” as she calls them. At the American Wing of The Metropolitan Museum of Art, she found Homer’s 1870 painting Eagle Head, Manchester, Massachusetts (High Tide), an image of three girls wringing their hair and clothes after swimming in a Massachusetts cove. The modernity of the subject stuck with Gerwig, who remarked: “Those are my girls. Don’t they just look like girls that you know?”

The film’s costume designer, Jacqueline Durran, also shares Gerwig’s fascination with Homer, and referenced his paintings as inspiration for the film’s Oscar-winning wardrobe. “I love Winslow Homer,” she said. “He was so tied to the location where we were [in the Northeast] and had the spirit of freeness inside his paintings. The way people lived in the landscape wasn’t the stereotypical way of the Victorian countryside. It was liberating to look at his paintings as they have a different prism of freeness within them you don’t sense in other paintings of the time.”

While Homer’s idyllic images of pastoral American life inspired Gerwig’s Little Women, it was the artist’s paintings of fishermen and weather-beaten coastlines that inspired Robert Eggers’ The Lighthouse. Oscar-nominated for its glorious black-and-white cinematography shot in 1.19:1 aspect ratio on 35 mm film, Eggers’ claustrophobic thriller pits two lighthouse keepers in a battle for sanity on a harsh, forlorn island off the coast of Maine in the 1890s. With dialogue inspired by Herman Melville’s Moby Dick (1851) and Sarah Orne Jewett’s Tales of New England (1888) and Strangers and Wayfarers (1890), the film features tour-de-force performances by Willem Dafoe and Robert Pattinson who are driven mad by isolation, unrelenting storms, and nightmarish visions of sea monsters and mermaids. Interestingly, Pattinson’s character is named Ephraim Winslow, a further nod to Homer’s influence on the film.

The Lighthouse | Official Trailer HD | A24

Eggers, who grew up a few miles from the Maine border and the Atlantic coast in Lee, New Hampshire, made his directorial debut with The VVitch: A New England Folktale (2015), a period mystery-horror set in the wilderness of 1630s New England. For his next film, Eggers’ followed up with an equally atmospheric portrayal of the region, focusing here on its coastline during the 19th-century. Filmed in Nova Scotia, Eggers and his small crew endured torrential elements as they constructed a functional, full-size lighthouse inspired partially by the White Island Light at the Isles of Shoals, only a few miles from Eggers’ childhood home in New Hampshire.

For further visual references, Eggers’ and his team studied the watercolors of Andrew Wyeth. "We were looking at Andrew Wyeth paintings and wanting to make sure our clapboards and shingles had the dilapidated New England–ness that is archetypal and iconic,” Eggers remarked. “I’ve turned to Wyeth in the past. He is archetypal New England.” Both Little Women and The Lighthouse embody the enduring artistic legacy of Homer and Wyeth, two great American painters who sought to capture and preserve the essential quality of New England’s iconic landscapes.