I n these challenging times, the interconnectedness of the art ecosystem has become ever more apparent; collectors, artists, institutions and those who work within it come together to breathe life into the system.

It is our commitment to this interconnectedness that motivates us to look to the institutions that hope to fortify artistic legacy by granting us greater insight into an artist’s life and career – the Artist Estate.

Through Sotheby’s 20th Century Art/Middle East sale, we are humbled and proud to be able to support four important estates spanning three cities and a state: Paris, Rome, Cairo and California.

In doing so, we hope to highlight both the artist and the work involved in preserving their legacies. In the process, we can also sense the synergies between artistic influence and inspiration; that a geographically bound art historical understanding is both dated and reductive. ‘Regional’ art is never just regional, it is nuanced, complex and expansive, and this is a small step toward re-defining the global narrative.

Established in: 2020
Run by: Mitra Goberville, daughter of the artist
Contact details: contact@behjat-sadr.com

The Behjat Sadr Endowment Fund has been established in 2020 with the aim of protecting and enhancing the work of Behjat Sadr (1924-2009), a leading modern Iranian artist and pioneering female figure in the field of abstraction. The Fund was constituted on the initiative of the artist's only daughter, Mitra Goberville Hananeh, who chairs it.

The main purposes of the Fund are the constitution of a detailed and documented archive of B. Sadr's artworks, the further development of a catalogue raisonné of the artist's oeuvre as well as the issuing of certificates of authenticity for her works. The fund also initiates exhibitions and encourages contemporary artistes to engage with it, in collaboration with the gallerists representing the estate such as Balice/Hartling and Ab/Anbar.

The archival activity includes the valorisation of all the artist's writings and in particular more than 100 notebooks that retrace the vision of her own work as a painter as well as the evolution of the history of modern art in Iran and more broadly the culture in Iran during the 20th century. A digitalisation process and translation work has begun. The archive process also includes the preservation of Sadr's collection of photographs taken in Iran, in France and during her travels. It is of great importance because the artist, who was mainly a painter until the 1980s, had by necessity to transform her artistic medium at the time of her arrival in France.

Her exile was accompanied by material difficulties, in particular the fact of being forced to live in a very small flat and without a studio, but also by serious health problems. Consequently, she modified her artistic expression to carry out a large number of photo-paintings, joining the two mediums. The critic Pierre Restany has documented this transformation by publishing two texts on the renewed work of B. Sadr.

Mitra Goberville has gathered an advisory board that includes researchers, historians, artists and art scholars to conduct research on Sadr’s oeuvre and more globally her affiliation and synergies with other artists from the Iranian modern and contemporary art scene. 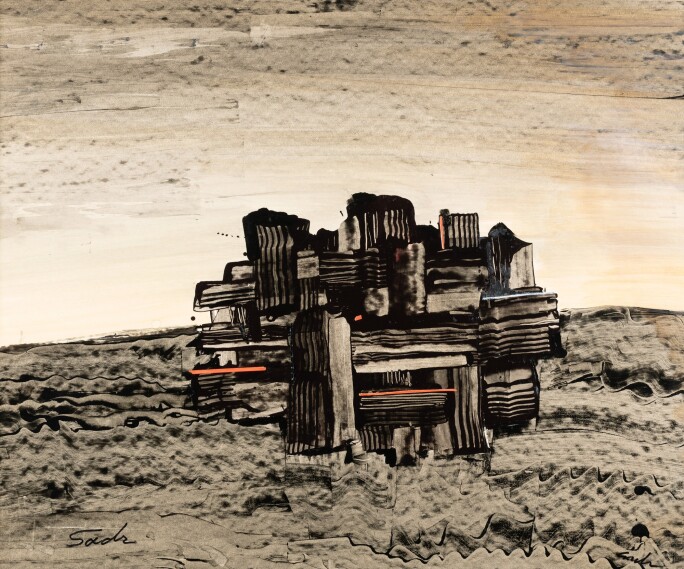 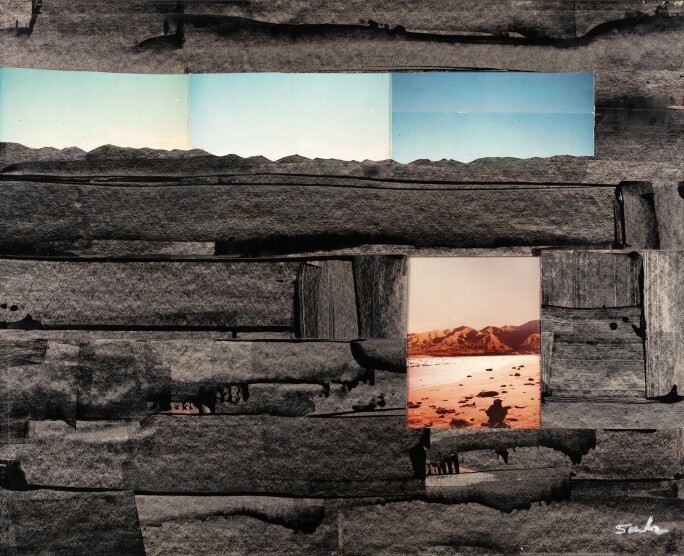 “The Behjat Sadr Endowment Fund's participation in the auction organised by Sotheby's, by issuing certificates of authenticity, will allow amateurs and collectors to be fully aware of the existence of this new entity dedicated to the promotion of Behjat Sadr's work and destined in particular to become a reference in the authentication of the artist's works.”

The Estate is in the process of establishing a foundation and an advisory board with the intent to curb the circulation of forgeries in markets and amongst private collectors. A panel of experts has been formed, now enabling the Estate to offer authentication services.

The past ten years have been dedicated to ensuring representation of Mohassess in major museums such as The British Museum, Tate Modern, and Los Angeles County Museum. This remains the primary objective of the Estate, along with archiving and making the vast assemblage collection of the Estate available to scholars, artists and the general public through exhibits and publications.

Lots 11 and 12 are being offered in the 20th Century Art/Middle East sale to support the Bahman Mohassess Estate. Lot 108 is also being offered in Modern Renaissance: A Cross Category Sale . 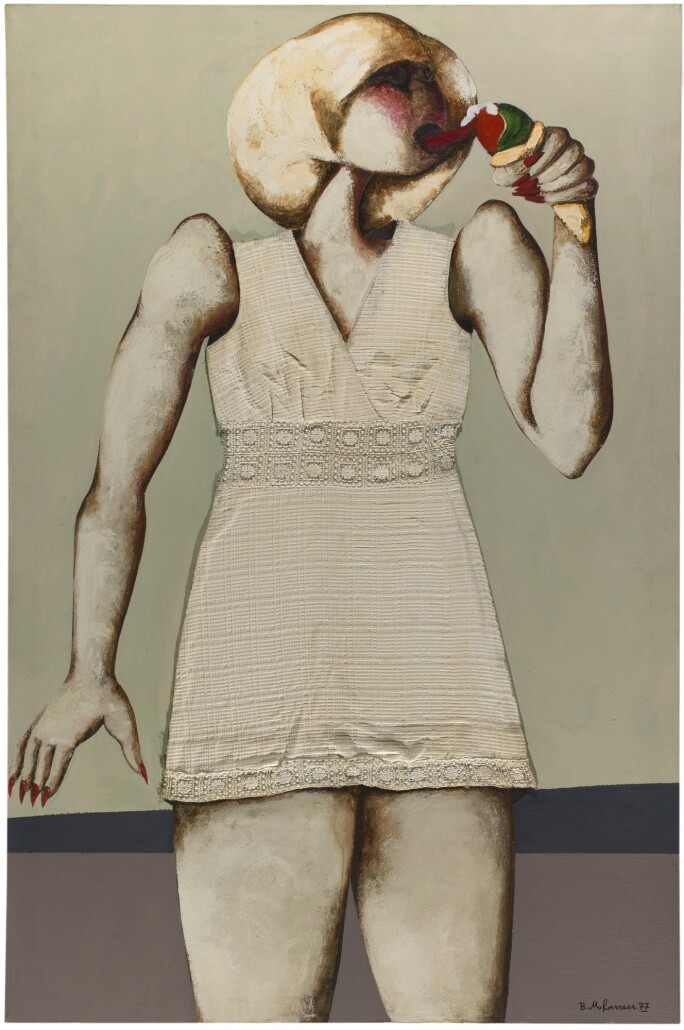 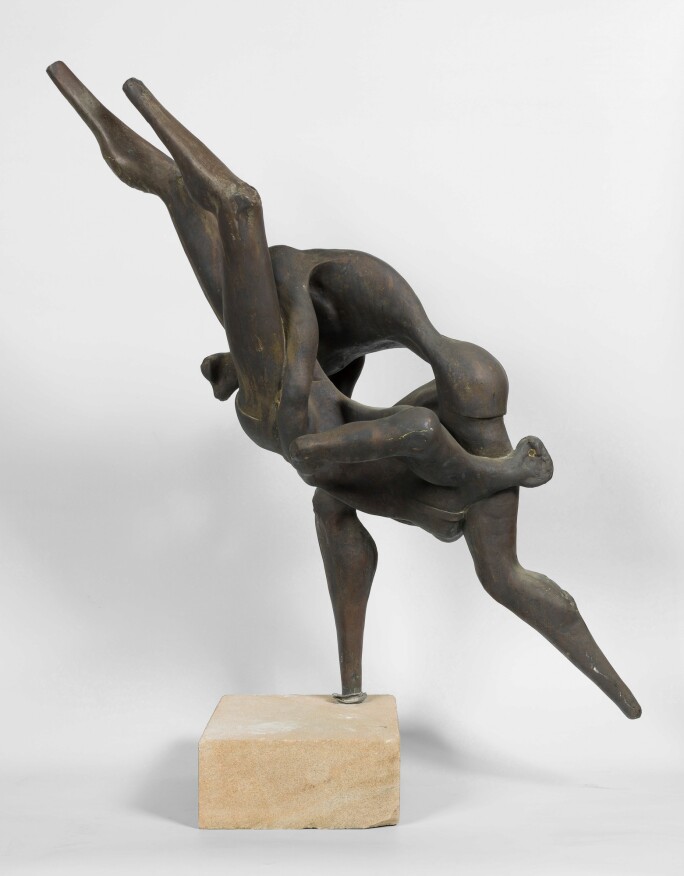 “In an early Mohassess documentary filmed in Iran, Mohassess states that he is a global artist and his art does not belong to any country or limited by any boundaries. We feel that working with Sotheby’s allows us to present his work to a global audience and fulfills his artistic vision.”

The Mohsen Vaziri Moghaddam Foundation was created in Rome in 2017, following the wish of the Artist and his sons. The concept of setting up the foundation in Rome stems from two reasons. Firstly, from the desire to explain and contextualise the artworks of one of the main exponents of Iranian art who - unlike many of his contemporaries - never belonged to any groups or collectives. The artist carried out novel, highly original personal experimentation; he was the precursor of many movements and became an antecedent for several successive artists in terms of techniques and materials.

The second reason is linked to the fact that his artistic development and training began at the Academy of Fine Arts in Rome. The Foundation’s goal is to spark a wide public interest and a modern understanding of Vaziri’s visual arts, promoting and protecting the artworks, a process that is already underway both in Rome and Tehran, through archiving and publication of a Catalogue Raisonné.

The Foundation benefits from an artistic heritage of priceless historic value with a wide selection of works in different media, original documents and materials related to Vaziri’s life and work. For this reason the aim of the Foundation is to organise exhibitions, publish monographic books to attract the public’s interest and promote a modern understanding of Vaziri’s eclectic artistic production and set up cultural activities in the field of music (another of his great passions) and visual arts, whilst constantly carrying out research and conservation activities of the artist’s works.

All the above activities are carried out under the supervision of Hamoun Vaziri Moghaddam as the head of the foundation and accompanied by a group of enthusiasts and activists in this field in different sectors.

Lots 6, 7 and 8 are being offered in the 20th Century Art/Middle East sale to support the Mohsen Vaziri Moghaddam Foundation 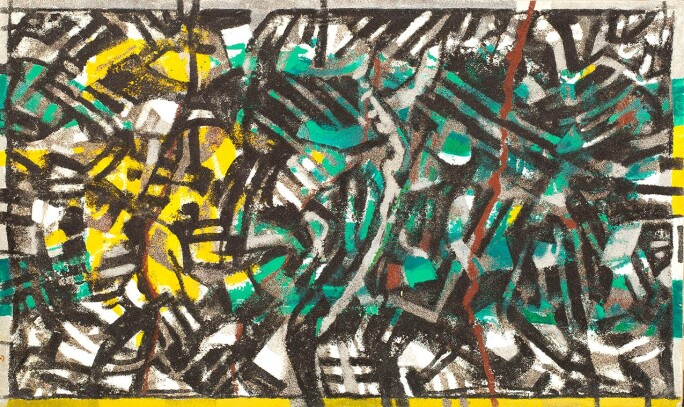 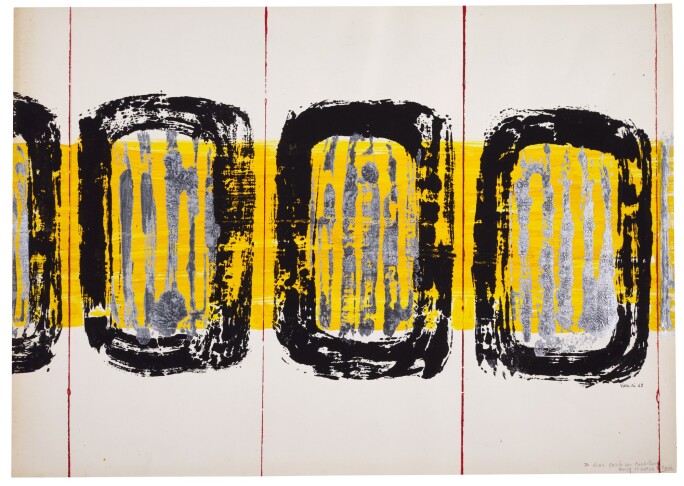 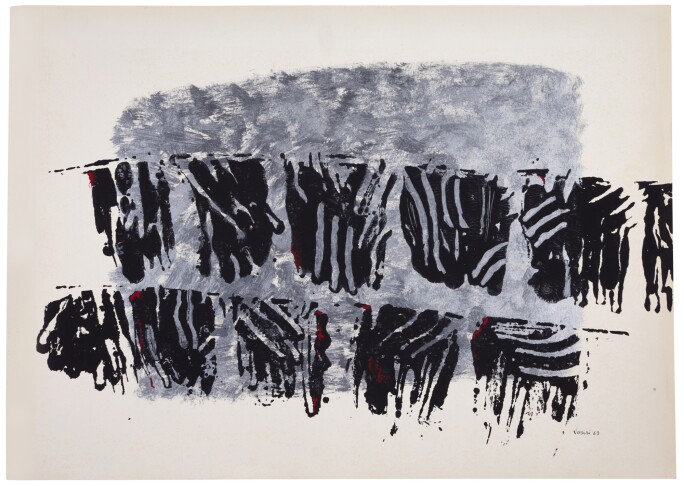 “The Foundation’s goal is to spark a wide public interest and a modern understanding of Vaziri’s visual arts, promoting and protecting the artworks. Sotheby’s is providing us with a global platform both to contextualise and share his artistic legacy with a large and engaged audience.”

The Estate of Mahmoud Afifi, Cairo

The aim of the Estate is not only to raise funds to preserve and build archival and research materials but also to raise awareness of the artist on the global market, and by doing so, highlight his work and identity.

Mahmoud Afifi, Graduated from the Faculty of Arts, 1940, thereafter in 1955 he received a diploma in painting in Rome, Italy. Afifi began his adventure in art when he was at the age of 10, when he only drew pencil portraits, and later he started using water colors and swiftly moved to oil paintings until he gained complete control using his brush over the canvas. Afifi was guided by the great mentor Hamed Said, who made him join his well-known art assembly in 1946.

Their mission was to go back to the origins and blend with nature. The uniqueness about Afifi’s work is the strong, solid and thick black lines to define the figures, which is known as the ”Hard Edge” style. The legend George Rouault (1871-1951) used the same technique. Thus we call Afifi the ”Egyptian Rouault.” Afifi gained about twenty years of experience by working at Al Ghoury Agency till he became the director of the handicrafts division and directed the Society of Al Ghoury artists after the death of its founder the late sculptor Abd El Hamid Hamdy.

The pulse of life of the Egyptian people can be felt in Afifi’s paintings, such as romance, family and recent historical wars. Especially the political events in Egypt were on his mind. Thus he went into a phase where he passionately started to symbolize Egyptian battles on his canvas, where he daringly painted the Egyptian alliance against the enemy, such as the Salah El Din battle and the Rashid battle. Another phase was sport which was after his participation in the biennale in Spain in the 60′.

The art of Afifi sometimes gives the illusion of joint glass windows, whereas his expressionist paintings are full of shape and distinct with grace and proficiency.

Lot 9 being offered in the 20th Century Art/Middle East sale to support the Estate of Mahmoud Afifi. 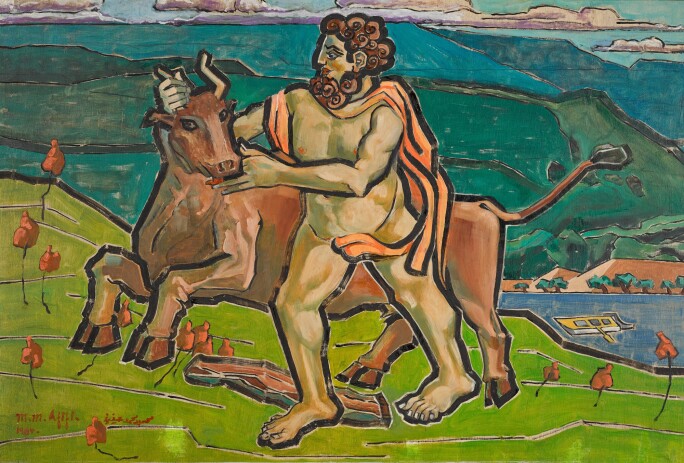 “We hope to preserve and promote the work of Mahmoud Afifi and with Sotheby’s international reach, we will increase the visibility of his works within the global arena.” 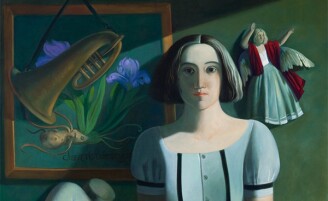