This Autumn, Sotheby’s is privileged to present masterworks from the private collection of Johnson Chang – the curator and connoisseur widely regarded for his trailblazing efforts in placing Chinese Contemporary art onto the international stage.

An Era of Seismic Shifts in Chinese Contemporary Art

The advent of the 1990s Chinese avant-garde, and its emergence onto the global art stage, marked a pivotal point in the evolution of art in the nation. An early and passionate champion of the genre, Johnson Chang is widely regarded for his trailblazing efforts in placing the genre onto the international stage. Combining distinguished provenance with historical gravitas, the present assemblage encapsulates a momentous period of major aesthetic and cultural changes in China from the early 1990s to 2000s.

The First Avant Garde: Masterworks from the Johnson Chang Collection

The Godfather of Chinese Contemporary Art

In late 1980s and early 1990s, Chang curated The Stars: 10 Years in Hong Kong and the internationally touring China’s New Art, Post-1989, two milestone exhibitions considered as turning points in the West’s awareness of the genre. Chang’s curatorial practice also includes the Chinese Exhibition of the 1995 Venice Biennale and the China section of 22nd International Biennale of Sao Paulo in 1994.

“Few have done more for the critical appreciation of Chinese Contemporary art than Johnson Chang. He has been instrumental in increasing the visibility of such now-stellar artists such as Zeng Fanzhi, Zhang Xiaogang, and Liu Wei.”

Zhang Xiaogang’s monumental The Dark Trilogy: Fear, Meditation, Sorrow will lead this prestigious selection. The triptych will be presented and offered in its entirety for the first time since the early 1990s.

Executed from 1989 to 1990, this masterwork is a singular historical treatise at once personal and monumental. As the largest of only two triptychs recorded among Zhang's early works, this is a pivotal work that sheds the abstract romanticism of his preceding series, evincing a condensed iconography that paved the way for his later Bloodline canon.

The fourteen selected works include early paintings by iconic Chinese Contemporary masters Zeng Fanzhi, Liu Wei, Fang Lijun, and Yu Youhan. It will be a rare opportunity just to see all of works which have been kept in Chang’s private collection since their creation.

Fresh to the market, The Mask Series No. 11 was created in 1994, the year Zeng Fanzhi debuted his Mask series to immense critical acclaim. Hailing from the earliest group of Mask paintings, the visceral hue of the figure’s face, hands, as well as the dog distinctly recall the red fleshy hues of Zeng’s preceding Meat and Hospital series. Zeng Fanzhi’s Mask series stands as a paradigm in Chinese Contemporary art, encapsulating the collective anxieties of a rapidly developing nation.

Zhang Xiaogang created Bloodline: Big Family - Family Portrait was during the most coveted period of the artist's iconic series. Its distinctive composition is rare for its depiction of full-body family members. The Bloodline series interrogates notions of memory, subjectivity, and familial connection in the complex construction of contemporary China’s identity.

A towering piece, Banana is a rare early painting by Liu Wei depicting the subject matter of fruits, displaying to exquisite perfection his trademark stylized technique “expressionistic deformation,” a term coined by critic Li Xianting. The playful yet monumental piece not only exemplifies Liu Wei’s unparalleled deft mastery of the painterly medium, but also encapsulates his unique artistic outlook and purist creative philosophy.

“This collection converges around the core theme of the human figure and how it withstood the surging tides of China’s rapid passage to modernity. Three works by Zhang Xiaogang reveal his artistic evolution that culminated in his impassive portraits that stare into the abyss of history; Zeng Fanzhi took to hiding his figures behind masks; while Liu Wei dismantled his bodies from within, as illustrated by the over-ripe Banana. These are just a few examples from the most significant period of recent Chinese history, when the nation crossed ideological divisions and engaged the global stage.”

It is Sotheby’s Hong Kong's privilege to present The First Avant-Garde: Masterworks from the Johnson Chang Collection this fall.

“Bearing one of the most prestigious provenances of Chinese Contemporary Art, Johnson’s collection represents a highly critical period of seismic shifts in the history of the genre," says Shea Lam, Contemporary Art Specialist of Sotheby’s Hong Kong. "We are honored to be entrusted with this significant collection and to present it across our upcoming Evening and Day Sales this autumn, as we strive to continue our market leadership in Chinese Contemporary Art with exemplary masterpieces.”

The Contemporary Art Evening Sale will be live streamed on 6 October at 7pm. Viewers will be able to access the multi-camera auction on the page linked below. 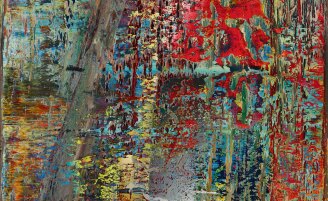 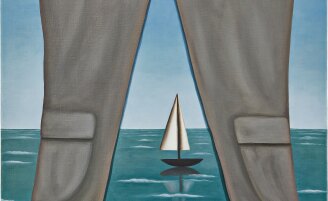