Creative director, artist and musician Fai Khadra is also an art collector with a special interest in Minimalism and Conceptual art, making him the perfect guest collaborator for Contemporary Curated London, taking place between 17-24 November. Ahead of the sale, he talks through his passion for museums, why he wants to encourage a new, younger art audience and how he cut a piece out his roof to install a Sterling Ruby stalagmite.

Who are your favourite artists?

That’s like asking, what’s your favourite movie? It’s an impossible question. But I’m always drawn to artists who have broken or pushed boundaries in some way, who feel extremely new or brave in their practice. I’ve always admired contemporary artists like Joseph Beuys, Bruce Nauman, David Hammonds, Kara Walker and Shigeko Kubota – but you can’t forget about the masters like Picasso, Rembrandt, Monet, Da Vinci and Van Gogh. See why it’s an impossible question? They have all pushed us in new directions of thought. Thinking and seeing the world, they were not always accepted at first but that is what being radical means.

How do you find out about artists who interest you?

From going to shows at museums or gallery exhibits – I have to see something in person before it makes a pronounced impact on me. For example, I was familiar with Julie Mehretu’s work, but it wasn’t until I saw her recent LACMA show when I truly realised what a master she is in making such large-scale multi-layered works. For me, so much of my understanding evolves from a personal interaction with the work that I just don’t feel remotely.

How would you describe your personal aesthetics?

I’m a minimalist at heart – I love artists like Dan Flavin and Donald Judd. But then I also love Mike Kelley…so I suppose it is more dependent on the artist than aesthetic. That being said, if I had to pick a side, I’d be sitting with the minimalists.

Do you consider yourself a collector?

I do consider myself a collector in that I love purchasing artwork for my home so that I can live alongside it, but I don’t have, say, storage units that I keep artworks in as investments. In fact, I just acquired a Sterling Ruby stalagmite from Sotheby’s to install in my new home – it is huge but I had to live with it. As a result, I’ve had to cut out a piece of the roof, but I’ve always been a huge fan of his work so to get that piece felt like an important step. Just as artists push themselves to do something new, I feel It is important sometimes to buy out of your comfort zone whether that is size, budget or subject. Great artworks and artists can be challenging in many ways. I think Ruby's stalagmite pieces are some of his best works, because they were so ambitious – so it is more than worth the extra renovation.

How do you plan to grow your collection?

Through buying more art! I know what my wishlist is, but it’s also important to me to build relationships with people who I trust – whether that’s gallerists or curators – who can point me in the direction of newer artists, like Martine Syms, Dozie Kanu, Sayre Gomez.

Are there any museums or collectors that you particularly admire?

I love visiting the Beyeler Foundation in Basel simply because they have the best of the best, from Giacometti to Francis Bacon. But there’s also a little gem in LA, which once belonged to a man called Frederick Weisman. He was a remarkable collector and, when he died, the house he lived in, and all the works in it, were preserved as the Weisman Foundation. I love being able to see how someone lived alongside the art that they loved – there’s something incredibly compelling about walking into someone’s bedroom, or living room, and seeing a Rothko or a de Kooning in the context of a home rather than the void of a gallery. As soon as you walk into the foyer, you see a beautiful Clyfford Still; you walk into the living room and there’s a Picasso, De Kooning and a Bacon. It’s remarkable. Great collections reflect the personality and life of great collectors and that is something to aspire to. I also love that it’s free – that anyone can book a tour and have an intimate interaction with those incredibly impressive, influential works.

What advice would you give to new collectors?

I think the most important advice for any collector, new or old, is simply to buy something that you feel you could live with forever. I never buy things thinking about how it might appreciate – because, if you’re living alongside something, it ought to make you truly happy every day. Nothing is going to give me that feeling simply because of its market price.

Do you have a favourite period in art?

I used to think that it was when art became more minimal, around the time of Donald Judd, but I recently visited Villa Borghese in Rome for the first time and developed a newfound appreciation for Bernini: of the detail of his works, their exceptional craftsmanship and their immersive storytelling. I’m also quite obsessed by the fact I can never own one: there’s something very compelling about the fact that they exist outside of the market. What is also interesting is that both Bernini and Judd seemed very concerned with how art and architecture interacted. The situation of an artwork in a space was important to both. They were masters of creating a total work of art in their own way.

"Great collections reflect the personality and life of great collectors, and that is something I will always aspire to."

Has your taste in art changed over time?

I think my taste will continuously change, but I will always admire work that pushes boundaries or provokes strong feelings. I’m not particularly engaged with work that is simply aesthetic; I am far more inclined to work that makes me feel uncomfortable, or pushes me to reconsider the world it reflects or engages with.

A few years ago at Art Basel, I came across Doreen Garner – a young Black artist from Brooklyn who had made an amazing neon sculpture which looked somewhat like meat hanging. It was gruesome from afar but then, when you came close, it was made of all of these beautiful pearls. I discovered that she had created the piece in response to the development of modern gynaecology by James Marion Sims, and how he had exploited and tortured the bodies of Black women in the name of scientific discovery because he didn’t believe they could feel pain. It was an extremely difficult work, but the way that she was able to translate that inhumanity into something so compelling, so beautiful, and thus confront her audience with it, was incredibly impressive.

What makes Contemporary Curated an interesting collaboration for you?

I think that it’s both important and exciting to engage a younger audience with collecting contemporary art; it’s a field that can feel so impenetrable, so entirely unattainable, to so many people. I’d love to be able to open the door a little bit to a new generation for whom it has felt exclusive and invite them to personally interact with the pieces.

When did your interest in art begin?

I’ve always been interested in art and my parents are also collectors, so it’s probably an inherited trait. I was lucky enough to grow up in London, where my school would take us to exhibits at places like the Victoria & Albert Museum, the Tates, or the Natural History Museum. I think that’s what’s beautiful about growing up in a city like London: there is so much art and culture happening around you constantly that you are able to come face to face with it from a young age.

If you could save one artwork from destruction, what would it be?

It would have to be the Mona Lisa. Because, although it’s not my personal favourite, I love what a profound cultural impact it has – it gets people moving towards art: visiting the Louvre has become almost like a pilgrimage. So that’s the one that has to get saved.

If you could take any five artists – dead or alive – to dinner who would they be?

What was the last exhibition you saw, and why did you love it?

I just saw the Andy Warhol show at the Tate, and I was lucky enough to get a tour from one of the directors of the show. He explained that the Double Marilyn artworks weren’t initially intended by Warhol to be shown as a diptych – that they simply had been seen in his studio next to each other by collectors Burton and Emily Tremaine, who wanted them both. It’s so interesting to me that the pairing has inspired such a wealth of commentary and criticism about the contrast they suggest between Monroe’s public and private life – but actually, the original narrative is different.

We’ve been living in bizarre times of recent. How have you kept yourself engaged in art and culture?

I watched a lot of documentaries about artists – I loved the Duchamp documentary, The Art Of The Possible, because it gave such a direct insight into his importance in the evolution of contemporary art, and a Gerhard Richter documentary which really explores his material process.

How would you differentiate the London versus LA art scene?

I think London has a history of really great curation. In LA, you have places like the Gagosian and The Broad, where you’ll walk in and see a massive Jeff Koons sculpture, or another iconic piece that is instantly recognizable. Whereas I feel like, in London, there are more places like Sadie Coles, where you can see world-renowned artists alongside being introduced to newer talent. What is interesting is to compare the scenes of LA and London with New York. There's more similarities between LA and London. The geographic spread and lack of a clear dominant art district. There seems to be more room for experimentation and risk-taking in both of those, whereas New York – because of its concentration and cost of living – creates a different atmosphere. If I were an artist I would rather live and work in LA or London.

How do you think the digital landscape is changing the art world, and do you like digital art?

I think there has been a wealth of incredibly good video art recently from artists like Kahlil Joseph and Arthur Jafa. Besides the conversations that their work provokes, I think that the very existence of their kind of pieces raises interesting questions about ownership. I also think that it’s interesting observing artists deciding whether or not to engage with the digital landscape – for example, looking at someone like Richard Prince, who isn’t even of the digital generation, but still uses social media in such a clever way for his works.

You grew up in London, lived in the middle east, and now live in LA. How has your upbringing influenced your taste in art?

By being able to move to and live in different places, I’ve been exposed to so many different types of art: from Islamic art to more traditional Western art and then, finally, contemporary art, which I feel most comfortable with because I feel it can encompass all the universes into one. I’ve also been lucky to build friendships with different people who have taught me a lot about different artists. Kim Jones, introduced me to groups of artists I didn’t know so much about before, like the Bloomsbury set. I think exposure is key: the more you immerse yourself in different artistic eras, or cultures, the more you can understand your personal taste. 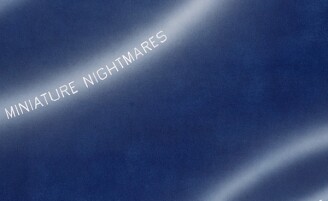