F rancois Gerard Seligmann, whom I loved dearly, was a great friend of my father. I often talked to him about my father, who had died very young — when I was barely 25 years old. Francois Gerard urged me to pursue the family tradition, but I had other ambitions, that I sometimes now regret.

My father Jacques, a graduate from France's Institute of Art and Archeology, loved to discover, was passionate about research, and left valuable documentation on every item that he examined. He was friends with many curators and collectors from around the world. They enjoyed talking to him and discussing the provenance, history, and attribution of various objects for hours. It was through these detailed discussions that he earned their full trust: renowned collector Florence Gould gave him free rein to design an entire room in her Cannes home with medieval artefacts that he had carefully chosen and placed with love. The Haute Epoque (French 14th-17th century antiques) was his passion.

My father was indeed an antique dealer, but above all he was an art historian. He rescued unknown artists from oblivion such as Maître du Champion des Dames, the tapestry painter whose miniatures illustrated the poem Champion des Dames (The Champion of Women) by Martin le Franc. My father also discovered rare works by Pierre Spicre, also a 15th century Burgundian artist, and creator of the famous tapestry illustrations for The Life of the Virgin at Notre-Dame de Beaune Basilica, France. Probably my father's greatest discovery was before the war, when he was 25 years old, he acquired a Virgin Mary with Infant Jesus with little provenance at auction. He had the intuition that it was a work by the Master of Moulins.

For this occasion, I would like to quote Charles Sterling, officer then curator at the Louvre (1929-1961), from an article in the French magazine, l’OEil, in November 1963: "There are twelve paintings that I attribute to as being by the Master of Moulins [...], the honour of having recognised the first of these artworks belongs to Jacques Bacri, one of the most meritorious scholars among the field of French Primitives." 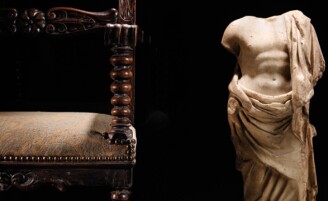