Didier and Clémence Krzentowski: “Karl had an extraordinary eye”

How long did you know Karl for?

Didier Krzentowski: Our relationship lasted almost twenty years. He purchased all his contemporary pieces from us. I can still picture him, in 1999, at an opening held at our first gallery on Rue Louise Weiss, in the 13th arrondissement of Paris. He drove up behind the wheel of his enormous Hummer, and he started a riot. But that was the only time he did that. Afterwards, he entered very discreetly, at the end of the day when the exhibition was already underway. He made an appointment and would always spend a long time talking with Clémence.

Clémence Krzentowski: He was different then, much calmer and gentler. It was an escape for him to come here, a moment of recreation in his daily life, which was otherwise entirely dedicated to work. We spoke at length about the pieces on display. When he saw something he liked, he would purchase it compulsively, without hesitation. He often requested several copies of the same piece. I had to curb that tendency, since we only produce in small series. For example, he twice purchased Konstantin Grcic’s Man Machine collection exhibited in 2014, and twice purchased François Bauchet’s Azo collection from 2018.

D: He was a true enthusiast. And he didn’t just store the pieces in a warehouse; he put them to use. Moreover, he always tended to select minimal, streamlined designs that were purpose-built. The notion of utility was important to him. And his colour palette was just as precise: black, white, grey, clear glass. That was probably because he had already explored flamboyant colour through the Memphis Group, which he had previously collected.

Do you remember the first piece he purchased?

D: In 1999 he bought le Module lumineux by Pierre Charpin, who was unknown at the time. That proves that Karl had an extraordinary eye. But he also took an interest in my vintage pieces. He purchased a beautiful neon piece by Gino Sarfatti, the extremely radical 1954 light fixture D63. The piece fascinated him. It reminded him of Eileen Gray’s famous Tube Light, which he had owned. He was also won over by the Arcangelo Metropolitani lamp designed in 1977 by Ugo La Pietra.

Did he purchase in sprees, or did he come in regularly?

C: I sent him photos for each exhibition, but he only came to see the designers that interested him: Marc Newson, Martin Szekely, Konstantin Grcic, Pierre Charpin, François Bauchet. He was still buying pieces in 2018, a year before his death. Bauchet’s white and red Azo collection, Konstantin Grcic’s Volumes collection, and so on. When he saw those, he wanted four copies of each piece! He got two of them... Those were his final purchases. He was ill, but he continued to enjoy it just as much.

Had you ever been to his apartment on Quai Voltaire?

C: No, but he sent us photos. Once I received a snapshot showing Choupette on a glass coffee table from Konstantin Grcic’s Man Machine collection. When the apartment appeared in a decoration magazine in 2012, we saw all the pieces we had sold him: Marc Newson’s Zenith chair, presented at our gallery in 2003; Maarten van Severen’s large black bakelite table, which we exhibited in 2006; Jasper Morrison’s stools; Martin Szekely’s carbon fibre desk and white corian tables: and the Grand Assemblage by Ronan and Erwan Bouroullec, displayed in the bedroom. And there were also a great number of pieces in his studio on Rue de Lille, such as Pierre Charpin’s luminous table.

Did he ask to meet the designers?

Not particularly. He already knew Marc Newson, since his wife Charlotte had worked at Fendi with him; but he wasn’t all that interested to meet the others. The only thing that counted was the piece, its shape, and its ability to express the modernity of our times. 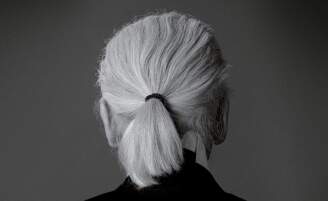 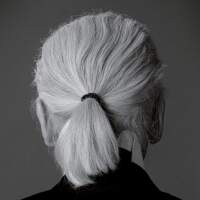 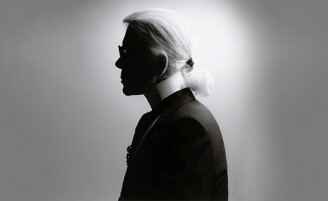