C indy Sherman created the Untitled Film Stills series between 1977 and 1980, at the beginning of her highly influential and celebrated career.

The nonchalant twenty-something art school student began her artistic explorations in her apartment, and outside, with Robert Longo, her boyfriend at the time.

"I like the characters who are not smiling – they're sort of blank. It makes the viewer come up with the narrative."

This powerful series of 70 images became one of the most influential and successful works in contemporary photography and was purchased in its entirety by the Museum of Modern Art in New York (MoMa) in 1995. This particular image in a smaller size is also held by major institution collections such as The San Fransisco MoMa (SF MoMa) and the Nelson Atkins Museum in Kansas City.

Although Cindy Sherman is not referring directly to a particular actor in a specific movie, she captures the ambiance of 1950s and 1960s Hollywood, film noir and the European art cinema of directors such as Michelangelo Antonioni (1912–2007) and Alfred Hitchcock (1899–1980). 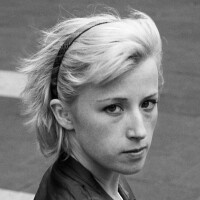 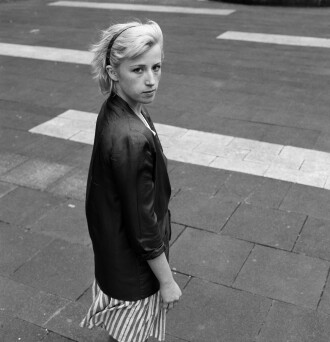 She was inspired by the characters and the atmosphere of these movies, so instead of recreating a role she explored the stereotype of these roles through enigmatic and meticulously composed scenes. "I took one roll of film, and I had about six different setups of characters that were supposed to be this one actress at various points of her career"

Another famous artist working on the similar subject stereotype roles and re-appropriation of images was Richard Prince. He took images from advertisements which he categorised to highlight the generic images in the mass media.

The concept developed by August Sander of systematic and methodical portraits, although for different reasons, was also in a search for archetypal characters.

A further portrait by Cindy Sherman that features in the November 8 auction is Untitled #103. Although it is not part of the Untitled Film Stills series, it is an early portrait from 1982 which has a very cinematographic atmosphere.