A head of the photograph sales in Paris later this week, Sotheby’s invited jewellery designer and photograph collector Lorenz Baümer to a special Collector’s Choice event.

In front of an invited audience of 150 guests, Lorenz Baümer joined Jonas Tebib, director of the Photographs department in Paris, in a conversation about his passion for collecting and his emotions when discovering photographs for the first time.

Bäumer started the evening by explaining how his jewellery design is influenced by his love of art, telling guests: “My pieces get away from traditional jewellery. It is a surprising mix between architecture, art and poetry. Art is a continual source of inspiration for my creations.”

He told the audience it would come as no surprise that one of his highlights from the sale was Brigitte, Xteriors IV by Désirée Dolron, belonging to a series of photographs produced between 2001 and 2006, inspired by the Flemish Old Master paintings. This intriguing portrait has been elected as the best photograph of the sale by visitors to the exhibition.

LORENZ BAÜMER WITH JONAS TEBIB, DIRECTOR OF THE PHOTOGRAPHS DEPARTMENT IN PARIS

Other selections made by the designer on the evening included The Marion Morgan Dancers by Edward Weston and Untitled (Memphis) by William Eggleston.

Again drawing parallels between jewellery design and some of the photographs that feature in the sale, he explained: “When you look at a photograph, sometimes you don’t know who did it, what does it represent, you just feel like this is beautiful. It’s the same with precious stones.“

GUESTS ENJOY REFRESHMENTS AT THE EVENT

Guests at the event enjoyed a special purple cocktail that was created by the barman to honour the presence of Lorenz Bäumer. 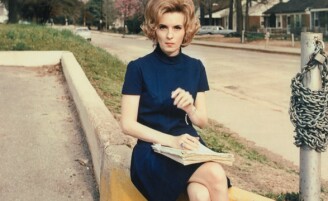 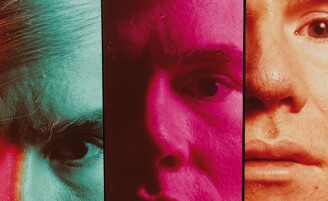