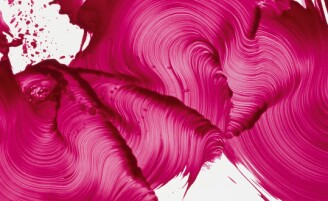 B efore eating hamburgers and holding Japanese electronics on camera, Andy Warhol stepped behind the lens to direct his own commercials. However, while it is commonly believed that the artist’s cherry ice cream sundae ad for Schrafft's was his debut commercial, Warhol first flexed his advertising muscles in 1965 to sell Cadence laxatives. Ira Sturtevant, an actual “Mad Man” for Foote, Cone and Belding agency, commissioned Warhol to make three experimental commercials for the drug – the resulting no-nonsense ads of which echo his eerie, austere Screen Tests. These Warhol-directed videos, which were later rejected by the agency, are being offered alongside the ads that did run, as part of a unique group lot, which also includes associated documentation. Ahead of the sale, Sotheby’s spoke to Meg Crane, Sturtevant’s wife and the lot’s consignor, who having invented the home pregnancy test, is an undeniable trailblazer in her own right. Discover Crane’s and Sturtevant’s trials and tribulations of being a fearlessly forward-thinking couple during the 1960s, and view two teaser clips from the Cadence ads on offer.

A clip from one of Warhol's ads for Cadence

How did this commercial come about?
Ira did an ad for Contac, the first time-release, over-the-counter cold pill, and it was very different from the typical medical commercials. He called them “tiny little time pills.” It was very successful, so Menley & James (the company behind Contac and Cadence) wanted him to do something creative with their new laxative. Ira knew many of the young New York artists, like Jasper Johns and Robert Rauschenberg, before they were well known, and he wanted Andy to work with Cadence. The Andy Warhol Museum, Pittsburgh has the purchase order between the agency and Andy. For three experimental commercials Andy was paid $600, which always makes me laugh. The videos were also featured in the recent Warhol retrospective at the Whitney Museum of American Art, New York.

How much freedom was given to Warhol in directing this commercial?
He was definitely given freedom. I think the commercial fell right in line with what Warhol was doing at the time. The ad called “Standing Woman” featured the actress Sunny Harnett sitting on the stool, holding the bottle of laxative – I don’t know if “stool,” of course, was a pun or not. She is at a distance from the camera which moves closer and closer in on her face. She has almost a diabolical grin. It was Ira’s idea that you take the one major benefit of a product and repeat it, and that’s pretty much it.

And the agency never gave the Warhol ad a proper run?
They did the market research with both commercials, but they tested them differently which was a big point of contention for Ira. They tested them in Portland, Maine just for a short market test, and that was about it. The laxative never really became a major national product.

Were Ira’s ideas often rejected for being too avant-garde?
The agency was very straightforward, and they didn’t even know who Warhol was. I am still friends with Arthur Kover who used to work in market research at the agency with Ira. Last year he called me to say he was moving and that he found a folder containing about 40 pages worth of agency meetings regarding the laxative commercial. He titled the folder, “Killing Ira Sturtevant’s Commercial.” He sent it to me, and now it’s part of the Sotheby’s lot.

"Oh my god, this is so simple a woman could do this herself."

Like Ira, you have always been extremely forward thinking. How did you get the idea for the home pregnancy test?
The pregnancy test used to take a lot of time because women would leave a sample of urine with their doctor to be sent off for testing, then the results would be sent to the doctor to tell the women. At the time I was working as a freelance graphic designer at a pharmaceutical company who was conducting pregnancy tests. When I saw the row of test tubes in the company laboratory, I said, “Oh my god, this is so simple a woman could do this herself.” I designed a little prototype and talked to the company. People were very opposed to it. They thought they’d lose their doctors’ business. Some thought it was evil, and no woman had the right to do this herself.

How did you overcome such negative push back, not to mention a lack of credit for your brilliant idea?
Eventually the company decided to do a market study, and that’s how I met Ira. Without telling me, the company I worked for hired a product company to design the prototypes. When I heard there would be a meeting to show the marketing agency, I put my prototype on the table. In walked Ira, and he walked down the table and picked mine up and said, “This is what we’re using isn’t it?” They said, “Oh no, that’s just something Meg did for talking purposes.” They did not say that this was my idea or anything else, and I got very upset. I went around to plastic companies until I could find somebody who could do it for less than the professional product people. Ira and I started working together on the marketing. It was wonderful. He really pushed for it.

But you did not receive proper recognition until 2012?
Correct. I had to sign my rights away because I was making $150 a week, and filing for patents would cost a fortune. In 2012 my family saw an article in The New York Times about the origin of the home pregnancy test, and they were very unhappy that I was not mentioned. Everyone was telling me I had to speak up. I still had the prototype at home, so I also put that up for auction, and the Smithsonian bought it.

Would you say that you and Ira shared a special bond because you were so ahead of your time? Did your friends and family view you as that innovative, progressive couple?
I never thought about that, but I think that’s probably true. Certainly our mutual friends and colleagues thought we were ahead of our time because we were welcome to different client meetings and ideas. Ira had some special way about him. Our family and friends always looked up to him as somebody who was quite an unusual person – very funny, very witty and quite kind.

Please contact Sotheby’s Contemporary Art department to arrange a private viewing of the videos offered as part of this lot.