A Look Back in Time: Five Iconic Watches that Celebrate the Innovations of F.P. Journe’s History

S howcasing some of the most creative mechanical approaches to the art of timekeeping, F.P. Journe’s iconic timepieces have long been coveted by collectors, and the skyrocketing demand continues unabated. Five limited-edition, stainless-steel wristwatches from the independent watchmaker made in 2015 as an homage to some of the brand’s initial designs will now come to market for the first time.

François-Paul Journe is considered a watchmaking genius whose many technical achievements have quickly propelled him to fame in this competitive industry. F.P. Journe won some of the greatest watchmaker awards in the world, and stands as the only three-time winner of the Aiguille d'Or grand prize. The five pieces will make their auction debut at Sotheby’s auction of Important Watches (23 April, Hong Kong). 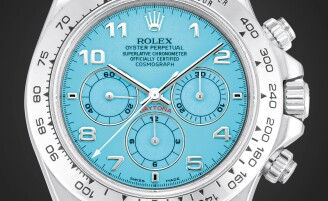 “F.P. Journe is a watchmaker that started in 1999. Right after he opened his shop, he won many awards.”

The Genius of F.P. Journe

Rigorous craftsmanship has earned the brand’s original timepieces a special place in the eyes of all horological aficionados. In just 22-years, the brand has gone from independent upstart to industry leader. Before launching his own brand, Journe had a thorough education in classical watchmaking as an apprentice to his uncle, a restorer of antique timepieces. With this as a foundation, Journe has in the two decades incorporated many technical innovations and enhancements into his timepieces.

A bedrock of F.P. Journe’s approach has been to keep tight control over its artisanal timepieces. This meticulous attention to every step of its creations makes F.P. Journe watches distinct and limited. The motto of the brand, “Invenit et Fecit”, translates to “Invented it and made it”. The motto reflects the company’s approach to designing and building the entirety of its movements.

F.P. Journe owns its own casemaker, Les Boîtiers de Genève, and its own dial maker, Les Cadraniers de Genève. The watchmaker creates only about 800 pieces per year. 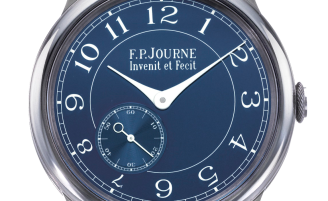 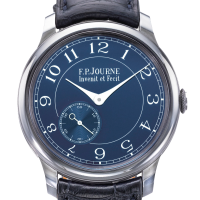 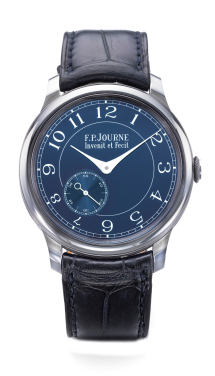 A Nod to the Past

The five wristwatches to be auctioned at Sotheby’s are from a limited edition set of 38 specifically made in 2015 to commemorate the last of F.P. Journe’s 38 mm case.

Some of these represent a nod to the original creations F.P. Journe envisioned and, according to legend, sketched out on a napkin in a Parisian restaurant in 1994.

Each piece in this collection was purposely made to replicate the original prototypes encased in platinum with bronze golden dials. There are, however, some differences that set them apart such as an uncommon stainless-steel case, a luxurious pink gold movement and a bronze patina like dial.

The pieces in the collection do not replicate the original prototypes exactly. Rather, the pieces are both a nod to the past and step into the future; they demonstrate how the renowned watchmaker would have made his prototypes all those years ago given access to the financial and technological resources that he has today. 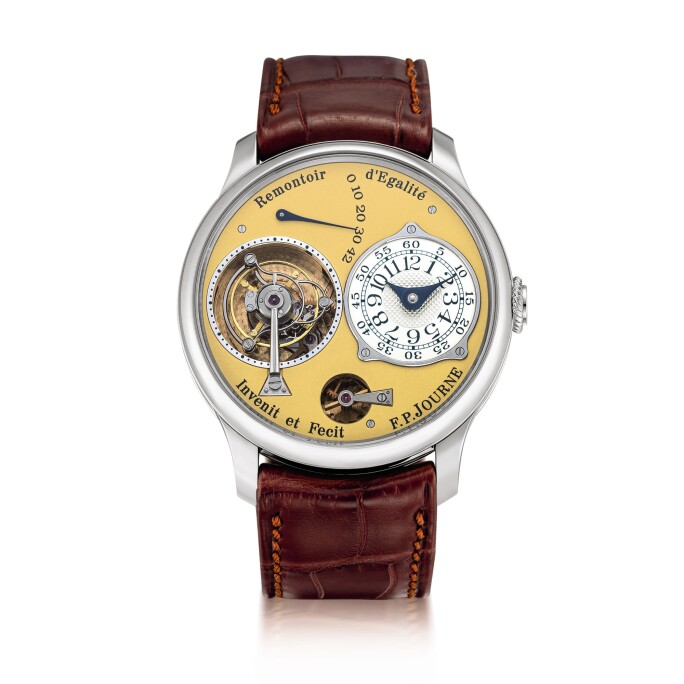 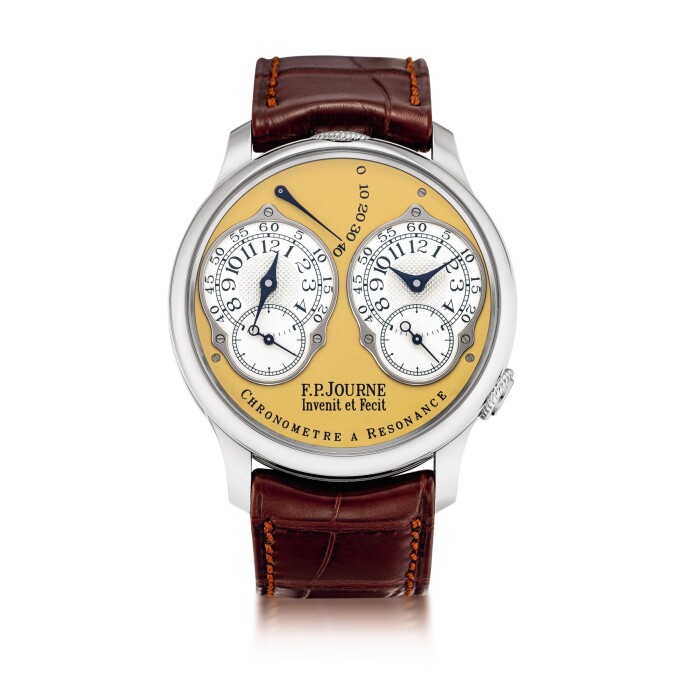 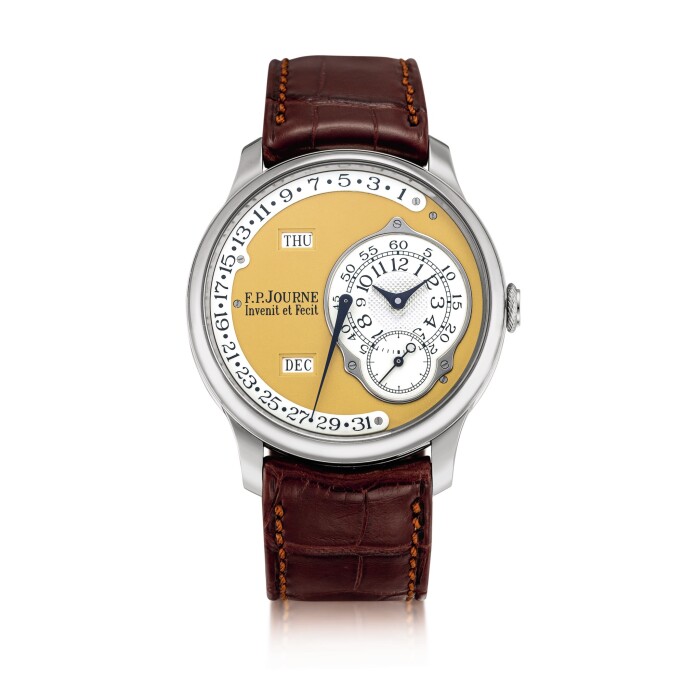 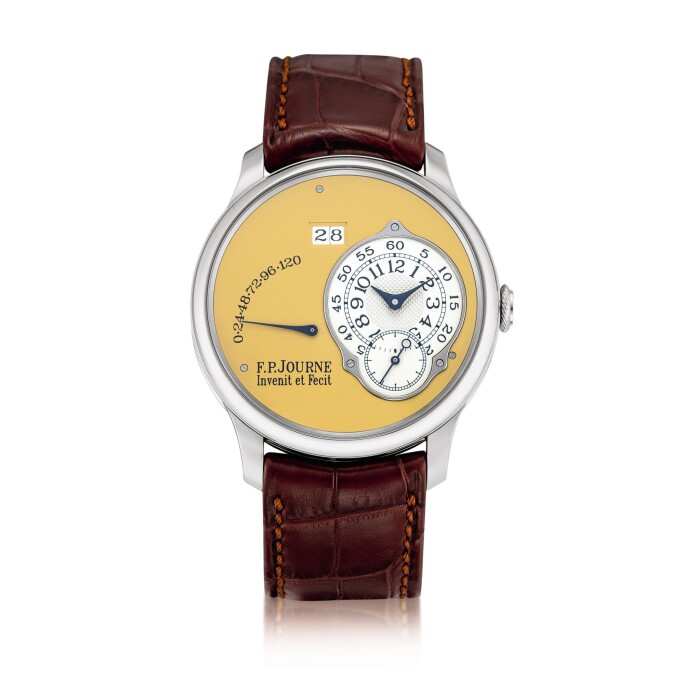 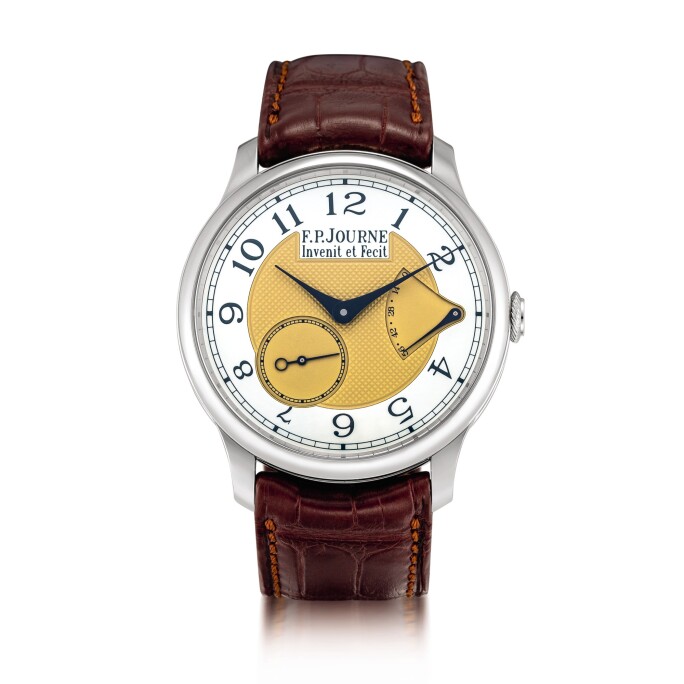 The first piece in the collection up for auction is a Tourbillon Souverain d'Egalite from the 38 mm Steel Set collection. This was the design that Francois-Paul Journe used in 1999 to kickstart his now iconic brand.

This design harnesses a highly complicated Tourbillon movement and was the first and only wristwatch to feature a remontoire, a near-forgotten vestige of antique pocket-watches. The genius is in the combination of the remontoire with the tourbillon. Both mechanisms allow for energy within the watch to be evenly dispersed among multiple gears, regulating the transfer power between the mainspring and escapement. The innovation and design made it an instant success for F.P. Journe and has won many horological awards.

There are five main generations of the Tourbillon Souverain d'Egalite, and the present watch greatly resembles the fourth generation, which is notable for its small dial screws, thick font, white colour metal and bronze-patina dial.

The present incarnation of the Résonance is presented in a classic 38 mm case with two symmetrical analogue dial displays. These are two traits no longer available in current productions.

This design is similar to the original configuration in production from 2000 to 2009. The difference is that the case is a rare stainless-steel version. The movement remains the modern and luxurious pink gold.

This stainless-steel Résonance also has a contrasting bronzing and white dial, making it a striking addition to any F.P. Journe collection.

A third piece in the set is the Octa Calendrier, launched in 2003. The Octa Calendrier’s schematic design houses a retrograde annual calendar and is the third complication made in the automatic calibre 1300. This watch is a transitional piece produced within a short two-year period, right before the start of the era of pink gold movement.

This timepiece comes with a 38mm case with a mainspring that was extremely reliable in its delivery of power yet also easy to wind, a defining feature and innovation of this modern wonder of horology.

This model won the Special Jury Prize in the Geneva Watchmaking Grand Prix in 2002.

The Octa Réserve de Marche enjoys the distinction of being the first automatic watch by F.P. Journe and is a fourth piece in this set.

The watch was produced between 2001 and 2014. This model had brass movement for the first three years of its production before switching to the more luxurious pink gold movement in 2004. The stainless-steel set in the auction contains the pink gold movement.

It also features the Calibre 1300.3 movement that formed the basis of F.P. Journe's automatic pieces. It created the blueprint and the beginnings of a heritage for future complications. With its flexible movement, these steel watches were able to retain their 38 mm diameter cases.

The Octa Réserve de Marche also managed to pack complications such as the annual calendar and the fly-back chronograph without enlarging the case, while propelling an incredible 120 hours of power reserve.

The dial side of this treasure is highlighted by an everlasting matte yellow gold surface, flanked by a large date display with a set of elegant blue steeled hands for a truly majestic aesthetic.

The fifth piece in the set, a Chronometre Souverain, features a minimalistic design, punctuated by distinctive hands, dial and case.

This timeless timepiece sits comfortably thanks to an extra-flat movement only 3.75mm thick. The Chronometre Souverain is available in a multitude of materials and dial colors, but the present watch is the only model known to be available in a stainless-steel case and a bronze patina dial that matches the rest of its collection.

Time to Collect These Timepieces

The watches were consigned by an important private collector and are in brand new condition without ever being worn. They are coming to market for the very first time.
“These F.P. Journe watches represent his journey from his early days,” says Chan. “His early designs have appreciated greatly today and will continue to do so, especially as more collectors come to appreciate his craftsmanship.”