René Magritte’s Le Principe du plaisir was the star lot of the evening, inspiring active bidding that set a new record for the Belgian Surrealist at $26.8 million. Magritte based this captivating 1937 portrait of Edward James on photographs by fellow surrealist Man Ray, but departed from the photographic source image by replacing James's visage with a radiating sphere of light, an uncanny alteration that showcases the artist's lifelong fascination with perceptions of visual reality by subverting the familiar to accentuate tensions between the visible and the hidden.

Watch below to see the bidding battle for Magritte's Le Principe du plaisir.

Anchoring the evening were works from The Beautiful and Damned: Radical Art of the Great War, which underscored the tremendous and varied impact that the First World War had on artistic production. Among these was German Expressionist Ludwig Meidner’s provocative double-sided painting from 1912, Apokalyptische Landschaft (Apocalyptic Landscape), which soared past the artist's previous record of $3.1 million to reach $14.1 million.

Two remarkable restitution stories brought masterworks by artists Egon Schiele, Ernst Ludwig Kirchner and Oskar Kokoschka to the auction block. Egon Schiele’s Dämmernde Stadt (Die Kleine Stadt II), a dreamlike view above the city of Krumau, birthplace of the artist’s mother, went well above its high estimate to $24.6 million. With research led by Sotheby’s Lucian Simmons, Worldwide Head of Restitution, the painting had recently been restituted to the heirs of Elsa Koditschek, a young Jewish widow living in Vienna, who purchased the work in 1928, and which was subsequently forcibly sold in payment of alleged debts during Nazi occupation of Austria.

The heirs of collector, dealer and bon vivant Alfred Flechtheim had also recently been returned both Ernst Ludwig Kirchner’s harrowing Das Soldatenbad (Artillerymen), 1915, which sold for $22 million and Oskar Kokoschka’s portrait Joseph de Montesquiou-Fezensac from 1910, which reached $20.4, a new record for the artist. The German-Jewish Flechtheim had been foremost among the influential dealers in Weimar Germany, advocating for artists such as Picasso, Van Gogh, Kokoschka, Matisse, and Schiele. Having become the target of the Nazi’s anti-Semitic and anti-intellectual agenda, he was ultimately forced to flee to London, and much of his collection fell into Nazi possession. As part of ongoing museum restitution efforts, Das Soldatenbad (Artillerymen) had been returned to heirs by the Solomon R. Guggenheim Museum in New York and Kokoschka’s portrait Joseph de Montesquiou-Fezensac by the Moderna Museet in Stockholm.

During the night, vividly hued works by Wassily Kandinsky, Alexej von Jawlensky and Heinrich Campendonk saw strong demand. As part of The Triumph Of Color: Important Works from a Private European Collection, three Kandinsky masterworks that charted the artist’s development over four decades together totaled $67.7 million. Among these was one of the last 1913 oil paintings left in private hands, Zum Thema Jüngstes Gericht, which achieved $22.9 million. Bidders vied for Kandinsky’s early abstract masterpiece, Improvisation auf Mahagoni, painted at the end of the artist’s Murnau period, driving the painting above its high estimate to $24.2 million, while Kandinsky’s exceptional 1929 Le rond rouge, a stunning composition from the artist’s Paris period, sold for $20.6 million.

Watch below to see the bidding battle for Kandinsky’s Improvisation auf Mahagoni.

Sales continue tomorrow with the Impressionist & Modern Art Day and A Modernist Vision: Property from the Collection of Nelson & Happy Rockefeller in New York beginning at 9am. 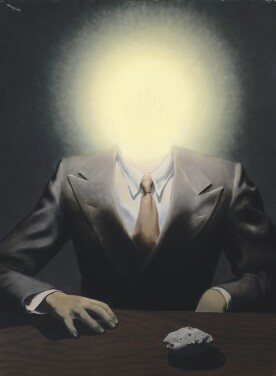 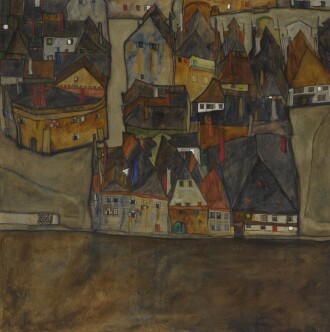 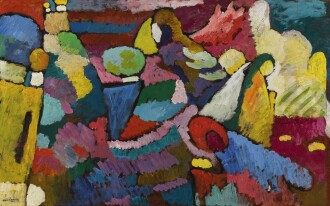 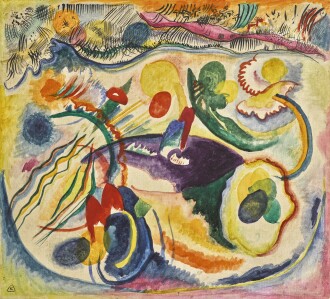 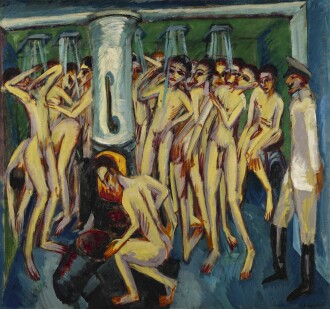 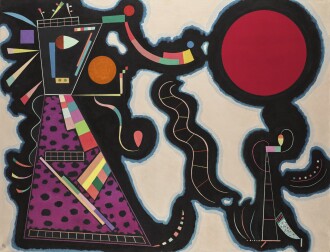 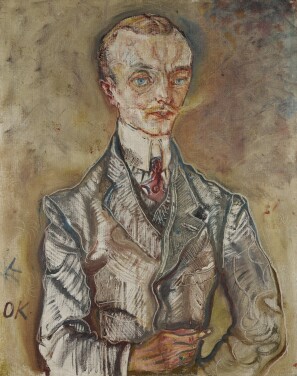 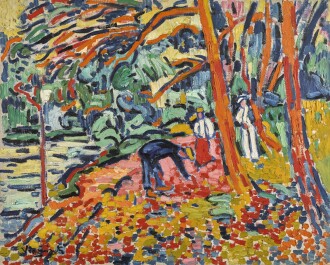 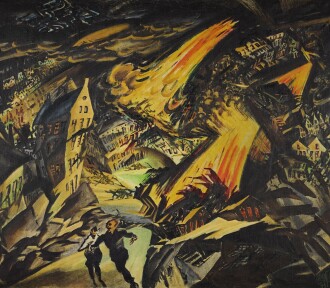 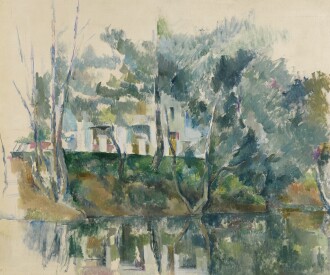