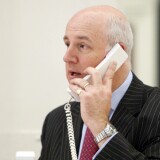 Mr Hills has had a life-long interest in Clocks and is the sixth generation of a family of clockmakers. He joined the firm as a general valuer and in 1992 became Head of Clocks and Barometers at Sotheby’s Sussex saleroom, a post he held until moving to London in 2002.

Prior to Sotheby’s, Mr Hills worked for a regional auction room. He is a Liveryman of the Worshipful Company of Clockmakers and a member of the Antiquarian Horological Society.