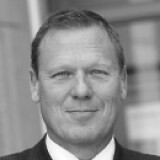 As an expert Herbert has worked on some of Sotheby’s major German house sales, including the sale Aus deutschen Schlössern in October 2000 in Schloss Monrepos and the sale Art of the Royal House of Hanover in October 2005. He was co-responsible for the very successful series of Noble sales in Amsterdam between 2001 and 2008 as well as many other prestigious collections, and now works closely as business getter and valuer across Europe for the Decorative Arts, Old Masters Paintings and Sculpture and Works of Art Departments.

He is now is based in Cologne as an international business getter for Sotheby’s global auctions and is responsible for general valuations and client management in Germany.