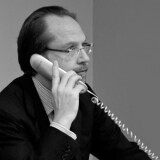 Francesco Morroni joined the company in 1992 following the Sotheby’s Trainee Bursery Scheme in London and began working in Sotheby’s Florence.

He has subsequently moved to Sotheby’s Milan and appointed responsible of the Furniture, Works of Art and Ceramics sales. In 1994 he was appointed Head of the Furniture deptartment in Sotheby’s Italy in the occasion of the Corsini House sale in Florence (1994). He was responsible for the single-owner collections including the Colasanti-Moore collection (2000), of the Dimora di Piazza Farenese, Rome (2004). His experience in House sales and single-owner collections includes the Palazzo Serristori collection (2007), Palazzo Contarini (2009), the Salvatore e Francesco Romano collection (2009).

For the maiolica and porcelain department he has been responsible for the collections of Antonia Gianetti (2003), Enrico Questa (2005), Vivolo (2007) and Lukacs (2007) and worked in the cataloguing and researches of the Italian porcelain for the Barilla collection (2012).