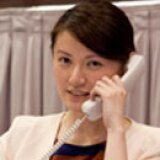 Carmen Ip joined Sotheby’s Chinese Paintings Department in December 2007, and has since been responsible for art research, cataloguing and client liaison. In 2017, Ms. Ip took up the present position as Head of Department, and is mainly responsible for the collection, authentication and appraisal of paintings and calligraphic works for auctions.

Throughout the years, Ms. Ip has been involved in numerous successful sales of important works, including The Mei Yun Tang Collection of Paintings by Chang Dai-chien in May 2011 - Sotheby’s Asia’s first-ever standalone art sale in which world auction record was set for the artist (Lotus and Mandarin Ducks; sold for HK$191 million / US$24.5 million), as well as Zhang Daqian’s Peach Blossom Spring, which was sold for HK$270 million/ USD$34.6 million in April 2016, once again breaking the artist’s world auction record.

Ms. Ip is also the curator behind numerous exhibitions of prestigious private Chinese painting collections, including My Life with Father – The Chang Sing Shen Collection of Paintings by Chang Dai-chien in April 2011, A Sentimental Journey: Tung Chiao and his Study in April 2017, and most recently, Zhang Daqian: The Master in October 2019, which featured more than sixty remarkable works of Zhang Daqian.

Prior to joining Sotheby’s, Ms. Ip was a news reporter in Hong Kong. She holds a Bachelor’s degree in Journalism and speaks fluent Cantonese, Mandarin and English.