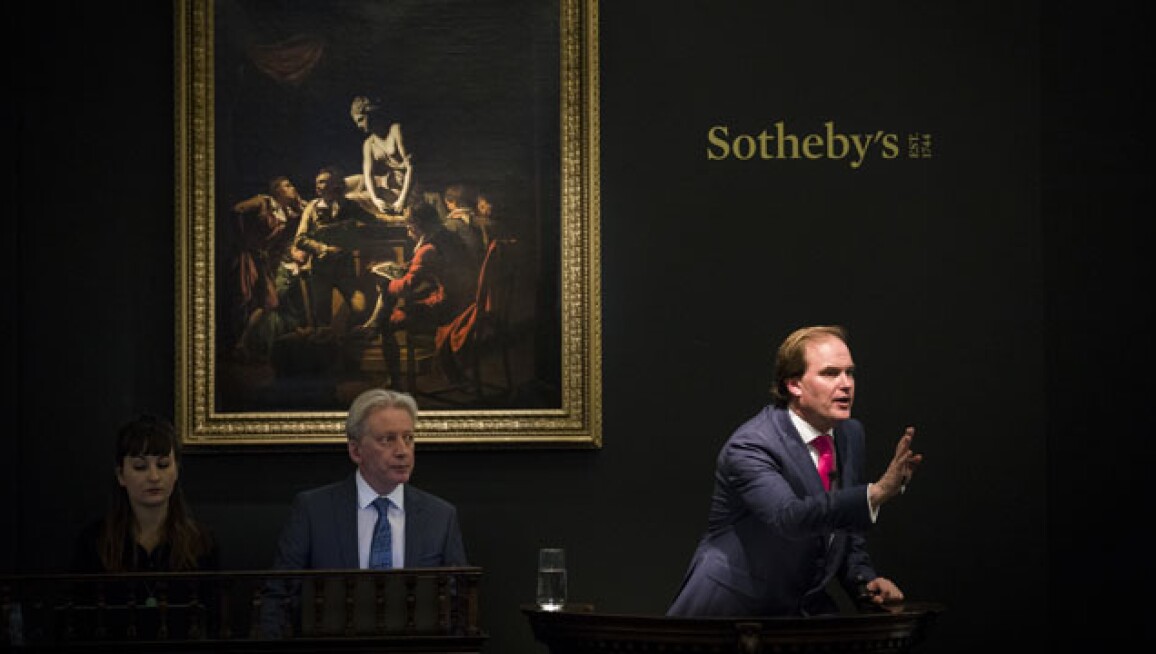 Joseph Wright of Derby's 1769 masterpiece An Academy by Lamplight lit up the London saleroom in the Old Masters Evening Sale when it broke the auction record for the artist, selling for £7.3 million, more than double its high estimate. In an evening of triumph for British masters, two landscapes by John Constable produced strong results, with the recently rediscovered The Opening of Waterloo Bridge achieving £2.3 million. Other highlights include a Bellotto view painting of Venice and many early Renaissance paintings, which combined sold for £6.3 million. Click through to see highlights from the sale, which reached a total of £25,048,950.