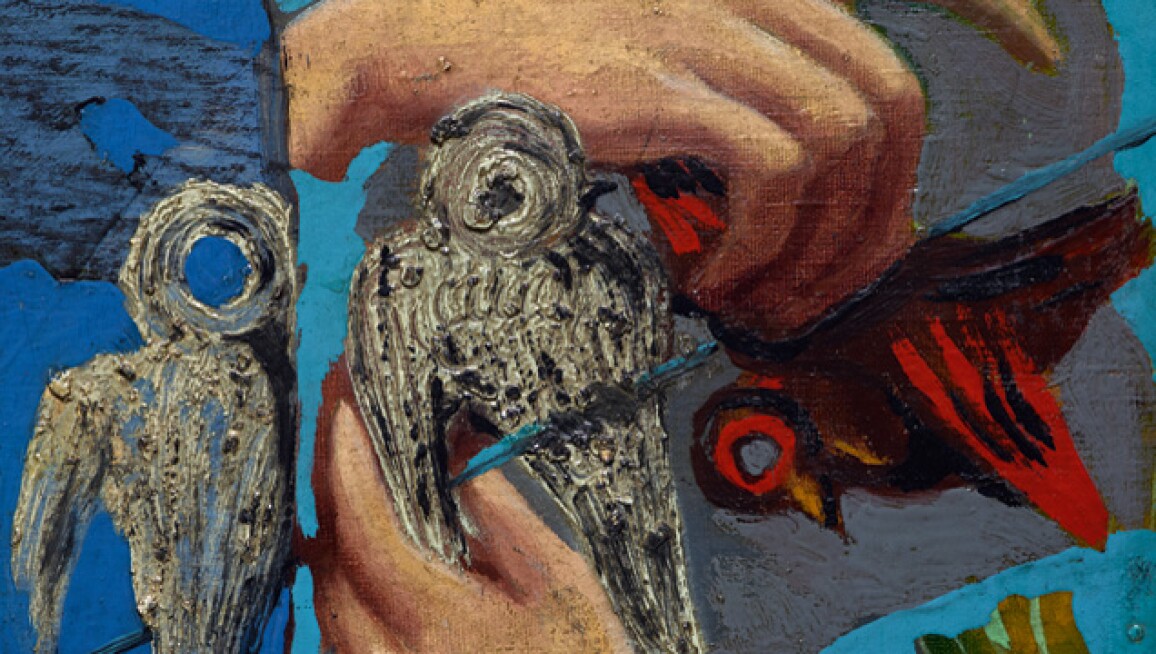 An exhibition of important works by Max Ernst is currently on display at Sotheby's in London, from 13 February—2 March. Bringing together paintings that have remained in private collections since they were created, these works offer a glimpse inside the mind of the master surrealist. The bird motif explored in these images played a central role throughout Ernst's career, as well as providing him with his alter-ego 'Loplop' — a character that was not only confined to his own paintings and writing, but also made appearances in the work of his contemporaries. Birds on the Wire: Max Ernst 1921–28 coincides with the Surrealist Art Evening Sale on 1 March, providing a rare opportunity to see works by Ernst alongside other icons of the movement such as Salvador Dalí, Rene Magritte and André Masson.