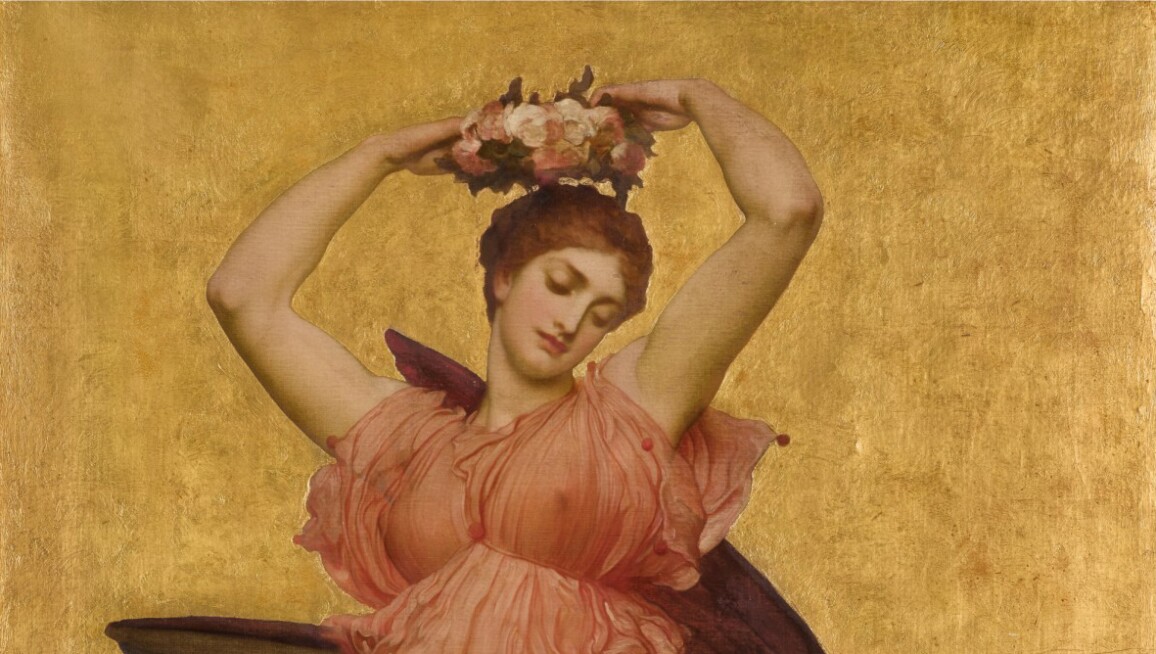 
T his Masters Week, Sotheby’s invites an exploration of the rich tradition of gold ground painting from the fourteenth to the fifteenth century and its influence on artists of the nineteenth century. Throughout his career, Frederic, Lord Leighton drew inspiration from classical art and Renaissance painting, particularly the early Italian painters, including Cimabue and Giotto. And while the gold-grounds of Giotto and his contemporaries were typically reserved for sacred subjects and devotional pieces, with Erato, Leighton selected the lustrous color tone for its aesthetic possibilities in the decoration of one of the Gilded Age’s grandest mansions.